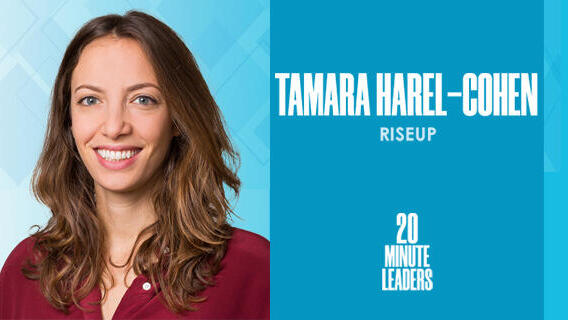 “The financial system is not incentivized to help us build assets.”

Financial systems are complex and many products are designed to make banks money rather than help people build assets, says Tamara Harel-Cohen, CGO and Co-Founder of RiseUp.

Financial systems are complex and many products are designed to make banks money rather than help people build assets, says Tamara Harel-Cohen, CGO and Co-Founder of RiseUp. After a career path in the media production field, she decided she wanted to do work that made a social impact, and she and her co-founders decided on helping people improve their financial situations. RiseUp provides users with reminders of how much money they have left to spend for the month or week, which helps them to make more informed decisions. They also have objective financial experts to answer subscriber questions. Another important component is the community of RiseUp users. Harel-Cohen shares that having a good support system is also critical to changing behavior. She explains that beyond the goal of helping people’s financial futures, she also hopes to find enough success to inspire other entrepreneurs to tackle social problems too.

Tell me about your background. What was your trajectory?

It was very unplanned. I grew up in the UK. I moved to the US to do my undergrad at Harvard. I studied Liberal Arts. I started to work in media. I built the US arm of a company called Pulse Films, which today is part of VICE. When we sold the company, I decided I wanted to do something that was impact-driven.

I was looking for a partner to start something that would be impact-based. I was living in LA, and I came to visit Tel Aviv only for 10 days. I suddenly got whisked up into what is happening in Israel in the tech scene. I stayed for two months. Very serendipitously, I met my partner, Yuval Samet. We were both looking for opportunities that were interesting in the social impact space. I said, "Whatever you're building, I'm joining." That was it. I went back to LA just to pack up my stuff.

Take me to that moment. You want to do something that has a social impact. It sounds like you embody “team first.” How do you choose the right problem to solve given this amazing but high-level north star?

About team first, I didn't realize how important that was when I met Yuval and our third partner, Iftach Bar, and there was an immediate connection. In retrospect, I understand how important that first connection was in terms of our shared values, our shared vision for the company. There's something in the first decision of who to partner with that I think a lot of entrepreneurs don't take as seriously as they take who to marry. It's a pretty similar decision.

The first thing that we did as a team was we looked for a problem. We did very deep research in terms of different expert people and organizations, but also people who are potential customers. We interviewed and looked at bank accounts of tens, if not hundreds, of people before we understood what it was that we had to build to help them.

One of the key things that we saw in Israel is that the financial system is pretty backwards. For the average Israeli resident, there aren't a lot of new FinTech solutions. It's essentially the same old banks that might have a better app.

We were really focused on coming into that market opportunity. It was a problem that was relevant to almost all of society. It was a real pain point, and we had access to the data in order to build something automatic. 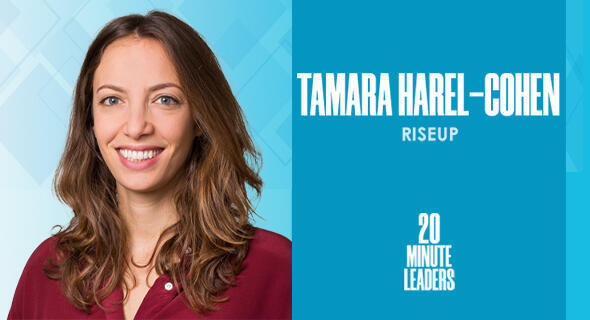 What is the big problem that we're looking at in the world?

The problem that we're solving at RiseUp is that people want to ensure a better financial future for their families. But we're in this rat race. We're not able to put enough money into savings, to build a safety net at first, and then to build real assets over time. The financial system is not incentivized to help us because a lot of the services that financial institutions make money from are debt or credit and are helping you stay in that cycle.

What we're trying to do is be the wealth manager for everyone. We give you the power to build that financial future that you would like.

What is the root cause that you're identifying? Is it simply that there's no money left? Or are there different behaviors that are putting us into this rat race no matter what our income level?

The interesting thing we found is that after three months of using RiseUp, people save 1,100 shekels. That's about $300 and something a month. That is across income levels. It shows it's something behavioral.

One of the things that we have seen is that the financial system is so complex. It's so hard to understand where you stand. And it's very hard to find people that are objective that really want to help us to build assets or to get out of debt as opposed to serving the interests of the shareholders. The combination of it being very complicated and the financial system being somewhat against us makes it really difficult to change that behavior.

Just letting people know all the time how much money they have left to spend for the week or the month—that's what we send in WhatsApp messages. Behind it is all of the complex technology, but what they get is super simple. In the same way that you know how much battery you have on your phone and then you make decisions. So that's essentially the behavior that we're nudging towards with RiseUp. If you don't have a lot of money left at the end of the week, then we see that people stop spending.

On top of that, when you need to make a financial decision, we have a team of financial experts who are objective who can help you. We're a subscription service so we're able to give objective financial advice, because we have no hidden financial interests.

It sounds to me that transparency is a key factor.

Do the savings stem from them spending less because they have this action-oriented transparency? Or is it that you're upfront saving them a certain portion of their money?

It's a bit of both. We see that the intervention, which is everything in our basic cash flow product, is saving people $300 a month. There are many different reasons. When you see your cash flow and suddenly you see how much you're paying on bank fees, then you might cancel that. We see that people just make decisions. They say, "We're going to wait until next month to buy this." That's where it starts to become much more long-term because we're really helping people to start to build financial resilience, to practice making very good decisions day to day.

We have a community of 15,000 or more people who share tips, ask for advice and encouragement, and complain when it gets difficult. I think that the people, the support system that is around you is really crucial in order to create change.

Chief growth officer. What is your role?

We have a fantastic marketing team, which has been doing a great job of direct-to-consumer marketing. My focus now is really looking at the community we’ve built and how we can create community-driven assets and awareness that will help us grow non-linearly. We have different kinds of network effects that are already happening, so we're looking at how we can expand on those.

Take me back to this original vision. How do you think back toward this social impact that you're on this journey for?

There was a debate that we had when starting out. Yuval had a vision that we would build a few products that would be smaller but each one would have an impact. I felt very strongly that we needed to become a success story in terms of social impact. I want to make a social change, but my hunger really comes from wanting us to be one of many.

We wanted to be the social impact success story that would inspire many other entrepreneurs to choose a social problem to solve using cutting-edge technology. That was a really pivotal moment for us because that's when we decided that we had to also be badass. It wasn't enough to say, "We're trying to help people," but our product has to be world-class and stand up against all the others.