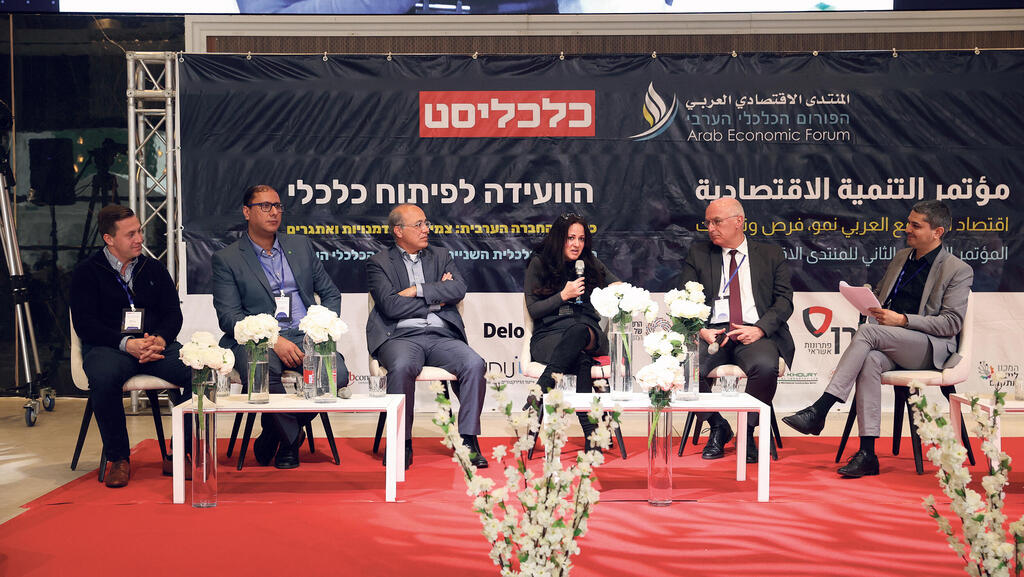 Israel’s Supervisor of Banks: "When it comes to loaning money, there is no difference between an Arab and a Jew"

Yair Avidan spoke at the second annual conference of the Arab Economic Forum in collaboration with Calcalist: "If there is discrimination I will not stand for it;” CPA Mohamed Hibi, Partner in Deloitte: "Companies from the Arab sector have a place in the capital market"

"There is another big challenge which is to make the banking system accessible to Arab society, about 80% of the adults have a checking account, and 70% of the adult Arab population have credit cards. There is good infrastructure but that does not mean we have nothing to do," the Supervisor of Banks Yair Avidan said at the second annual conference of the Arab Economic Forum in collaboration with Calcalist. He spoke at the panel on the Credit Market in the Arab Sector, Barriers and Opportunities, chaired by Advocate Fayad Tamish of the Fischer firm. 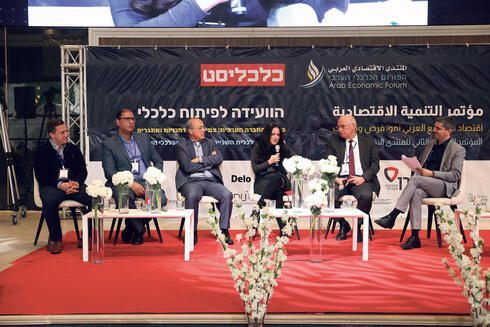 Avidan added that the volume of loans in Arab society is similar to that in Jewish society, but the mortgage is the stumbling block with regard to credit, despite seeing some increase. "The rate of return is lower and that explains why the income in Arab society is lower," he explained. Avidan was asked about the differences between interest rates in the Arab and Jewish sectors and replied that "at the interest rate level, there is no difference between an Arab and a Jewish borrower, they will receive the same conditions. The rate of limited accounts and arrears in the Arab world is higher and the gaps are in the risk components.” At the same time, Avidan insisted that there is no discrimination. “If there is discrimination I will not stand for it. The customer's data are the determinants, and if we see a bank that discriminates, it will be terrible."

Dr. Gitit Gur Gershgoren, CEO of the Company for Correspondence Services, spoke about the importance of accessibility to the capital market and realizing its potential as an engine of growth. "We should not be satisfied with the local market, because the potential in the Arab world is huge and Arab-Israeli society is a lever to get there. We know that the Arab community is mostly non-urban and has no access to branches, and technology can be a solution. There is no difference, for example, in the use of the internet between the Jewish and Arab sectors or in the percentages in the possession of a mobile phone. This approach bridges the gaps between the sectors.” She also added that the mutual guarantee that exists in the Arab world that does not allow people to fall can be leveraged, and it is worth examining the income of this variable for a technological model.

Dr. Moshe Bareket. Supervisor of the Capital Market, Insurance, and Savings Authority, referred to the financial containment and said that Arab society has unique characteristics and requirements of its own and in this case, there are special characteristics in Arab society that need to be addressed. Regarding the fear of illegitimate entities entering the credit world, he said, “we have very clear rules on how to stop illegitimate entities entering the market. We need many more companies that will allow you to provide financing. There is an opportunity to connect massive investments also within the framework of the Abraham Accords with the United Arab Emirates. The Arab sector can grow at much higher rates than the general society, it needs the ability to raise investments."

CPA Mohamed Hibi, a partner at Deloitte, spoke about raising capital in the Israeli capital market over the past two years. "As someone who has accompanied many companies to IPOs, what has happened in Israel in the last two years is historic, when we talk about returns of the Israeli stock exchange. But on the other hand, I have a feeling of really missing out when it comes to Arab society. In 2020-2021, 120 companies were issued and raised an incredible sum of NIS 15 billion. When I ask myself where it caught the Arab sector it is a miss, no Arab company has crossed the barrier and become a public company. I still think it is necessary to send a message that companies in the Arab sector have a place in the capital market. Out of NIS 15 billion, if only a tenth had been raised in Arab society, it would have made a tremendous contribution, no less, to Arab society to create growth and be a contributing part of the country's economy."

Alex Shkolinkov, Deputy CEO of MLRN, the only Arab company to be listed on the stock exchange, emphasized the impact of the capital market on the company: “Our ability to raise money in the capital market has helped us realize our potential and strengthen our equity and continue to grow. Today we deal with more complex products and are able to provide packaging to construction and infrastructure projects, and the banks have opened up balances for us. Today we work with four banks, all thanks to fundraising. The impact of the fundraising on the company is enormous."