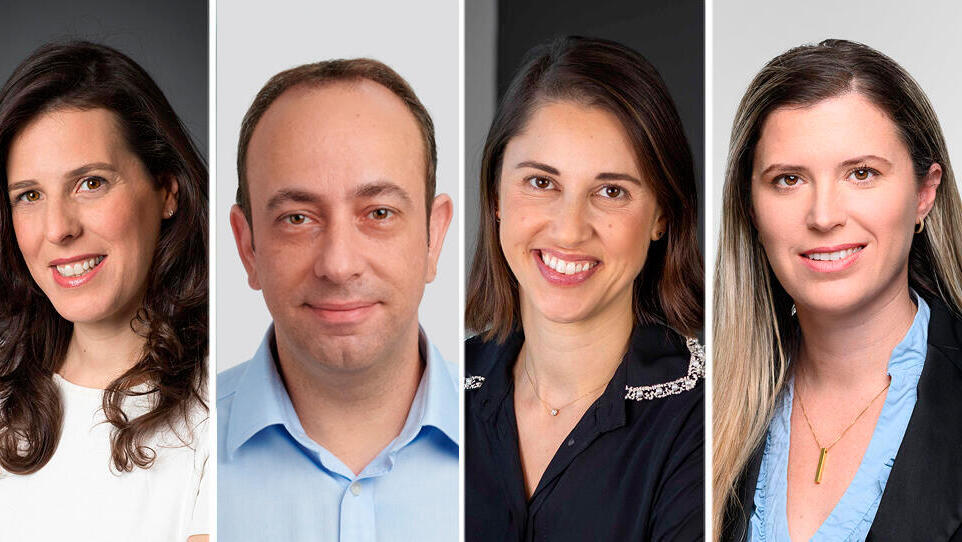 What’s in store for the markets in 2022? VCs weigh in with some predictions

With fluctuating valuations, IPOs, acqui-hiring, and rising inflation, what can investors expect in 2022? Partners at Israeli venture capital firms weighed in with their assessments

The year 2021 was ripe with initial public offerings (IPO) at lofty valuations, large Seed rounds, and low interest rates. Tech companies raised almost-ridiculously high funding rounds, and the competition over talent was fierce as ever, which saw some companies spending large amounts on employee perks and sky-high salaries for the much-needed workforce. As the markets soon enter the second quarter of 2022, it appears that the grass was greener the year prior. The Ukraine-Russia war has also led stocks to fall, with investors pulling out of large SPAC (special-purpose acquisition company) deals. Rising inflation and interest rates are also on the horizon, and valuations are fluctuating, so what exactly does 2022 have in store? CTech spoke with several Israeli venture capitalists from a few leading firms, who weighed in on these matters.

With large Seed rounds being a hot trend in 2021, initial funding rounds might not look the same in 2022. Whether they will continue to be in the tens (or even hundreds) of millions or in fact, see a decline, is up for question. Last year was a peak year for the Israeli high tech industry, which will be hard to match, but funding rounds will continue to remain competitive. “It was uncommon for Seed rounds to be in the tens of millions last year, so we don’t expect to see many of them happening in 2022,” Lior Handlesman, General Partner at Grove Ventures told CTech in an interview. 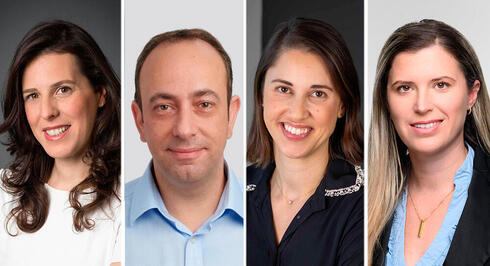 “The pace of large Seed funding will definitely begin to slow down,” added Yael Alroy, Partner at Viola Ventures. “In the past year the average financing round was higher than in previous years. Still, only a few startups were able to raise huge Seed funding rounds. Seed financing has clearly doubled, and what was previously perceived as a Seed round is now defined as pre-Seed round,” explained Adi Hoorvitch-Lavi, VP of Poalim Hi-Tech.

While huge funding rounds are still the outliers, the vast majority of Seed rounds are still well within the seven-figure range, explained Adi Gozes, Partner at Entrée Capital. “The median Seed round was $4 million in 2021, compared to $3 million in 2020. In the coming year, I believe we’ll see smaller Seed rounds,” she said. Furthermore, as multiples in the public markets decrease, growth investments will become more conservative, she added. “Large Series B and even A rounds are already becoming harder to raise, and valuations have gone down too. I think it’s only a matter of time before this also affects Seed rounds.”

And based on the investment market over the past quarter, analysts are hypothesizing what 2022 might have in store. The trends that were hot in 2021 might not spark the same widespread following during the course of this fiscal year. “It seems that the market is moving from plenty of SPAC and IPO deals toward an increase in merger and acquisitions activity,” noted Handelsman. As for investments in late-stage companies, he believes that investors will

be more frugal and cautious when evaluating startups. “Gaining access to capital will be more challenging, which means valuations will be lower,” he added. Alroy believes there will be an overall slow down, since public markets will affect private ones as well. With that said, VCs are still investing at a steady pace, recalled Hoorvitch-Lavi, but Gozes believes that earlier rounds will be smaller, and despite the abundance of capital that VCs will need to deploy, early-stage companies’ valuations are expected to fluctuate.

Those sharp declines in company valuations can affect both companies and entrepreneurs, who are due to exercise more caution, but this won’t lead to a decrease in VC investments, explained Handelsman. “Leading early-stage VCs are still hungry for great deals, and Israel is still one of the best markets in the world to invest in technology. Companies with higher valuations might suffer higher dilutions.”

But there’s still plenty of money to go around, explained Alroy. “I think we’ll see more balanced rounds and valuations. However, there is still a lot of dry powder to fuel the global digital transformation over the next two years,” she said. Added Hoorvitch-Lavi: “Many employees are left with stocks or stock options that have sharply declined in value, so those employees will probably look for opportunities elsewhere, like at growing startups, which presents a potential opportunity for early-stage companies to hire fresh talent.”

Some investments however, will decline in value, which will see decreased multiples in public markets, while private companies will see lower valuations. Companies that are at risk are those which raised funding at high valuations the year prior, explained Handelsman. “More mature companies might face ‘down rounds’ and lower their ability to raise funds,” he added.

So how hard will it be for companies to raise capital? The coming year seems promising as tech startups are seeing a boom, and new previously unheard of sectors like HR-tech and climate-tech are taking the market by storm. During the work-from-home era, cybersecurity has seen a boom as well as digital health and various biotech startups in part due to the pandemic. And former giants like the aerospace sector are also seeing a renewed interest as multiple young NewSpace startups are beginning to pop up with a focus on commercial space, raising significant funds too.

The real question investors are asking is which companies are worth investing in, and which will benefit from these new market trends. Rising inflation and lowering valuations can pose significant risks for some, but all hope is not lost, say venture capitalists. They provided the 411 on upcoming fundraising trends in 2022.

“The later a company’s stage is, the harder it is to ‘sell a dream,’ and the harder it is to convince investors that there’s a viable revenue stream or the possibility to take the market by storm and beat their competitors. It’ll be harder to justify higher valuations, and also exposes companies to higher dilution risks or the inability to raise funds at all,” explained Handelsman. “Some overhyped sectors will definitely suffer slowdowns,” added Alroy. “Companies who propose solutions that are ‘nice to have,’ but not ‘must-have’ technologies will die out quickly. We’ll see a return to fundamentals, and companies who are solving real world problems will succeed.” Gozes said that some companies which raised funding at higher valuations with no real justification will be most affected. “In their next funding round, investors won’t be willing to pay such high multiples and they will be forced to conduct flat or even down rounds,” she said.

So which startups will benefit most?

Handelsman thinks that early-stage startups that specialize in areas such as developer’s software, data infrastructure, climate and energy tech, and biotech will benefit most. In addition, Gozes thinks that companies which were previously more conservative in their fundraising, will have an easier time raising additional capital without compromising on dilution. The experts agreed that these changing trends will also affect employee recruitment. The fight over talent is expected to continue in 2022, especially as global corporations open up local offices in Israel, Handelsman said, citing Israeli startups Oribi which was recently acquired by LinkedIn. The trend of “acquihire” - where larger companies conduct acquisitions of smaller startups in order to acquire their talent - will also continue.

Israeli VCs are leading the way

The decline in the stock market can serve as an opportunity to hire top talent, noted Gozes. However, she doesn’t believe that salaries will continue to rise if there are widespread layoffs due to the downshift the market has seen recently. “There won’t be massive layoffs, but companies will stop giving out those extra perks, and wages will gradually fall. There will also be fewer recruitments, and hiring practices will become more conservative. Recruiting will still remain a major challenge for fast-growing companies,” recalled Alroy. Hoorvitch-Lavi added that she believes it to be the government’s responsibility to establish training programs to generate more entry-level workforce employees, but as long as the battle over talent continues, the public will continue to see acquihire and exits by Israeli companies.

“Acquihires alone might slightly cool the demand for manpower, but they will not cool the demand on a larger scale,” said Handelsman. And while many large, fast-growing companies will rely on veteran employees for acquihire, it could help support inorganic growth, noted Alroy.

The year 2021 saw a rise in blue-and-white funded rounds, where Israeli VCs invested exclusively in young Israeli startups. “While the majority of capital invested in Israel comes from foreign investors (around 73% or $18 billion), it’s unlikely we’ll see many exits funded exclusively by Israeli VCs,” said Gozes. “But during the pre-Seed and early-stages, going to an Israeli investor which has global connections is ideal.”

Experts say that the big IPOs and SPACs that were so popular in 2021 will decline in popularity over the coming year. “This issue is global,” explained Alroy, “and not just exclusive to Israel. If there were 25 IPOs in 2021, then we’ll see far less this year,” she said, noting that consolidation is most likely, with companies combining their assets, liabilities, and other financial items into a single entity. “SPACs haven’t performed well in the long term, and companies will probably be more hesitant to raise money through this method,” Gozes said. And due to the Ukraine-Russia war, several SPAC mergers have been withdrawn in the past month, so it is unlikely that companies will choose this route again. “Instead, they’ll need to rely on full PIPE (private investment in public equity) coverage to account for investor withdrawals from SPACs.” But IPOs, however, are expected to continue as tech companies will carry on raising significant sums at high valuations, said Hoorvitch-Lavi, “but with the decline in valuations, we expect to see less SPACs overall.”

So how can angel investors stay afloat, when they need to maintain a large sector of small startups in their portfolio (which are an essential platform for developing medium-sized companies)?

Handelsman believes that if investors choose their portfolio companies wisely, and partner with leading VCs then they can in turn help young startups properly scale-up. “Angel investors will remain critical to the high tech ecosystem, since they invest in startups in different sectors and stages, which are sometimes perceived as too risky for VCs during their early stages,” said Hoorvitch-Lavi, “and we expect them to carry on investing, regardless of market worries,” she concluded.