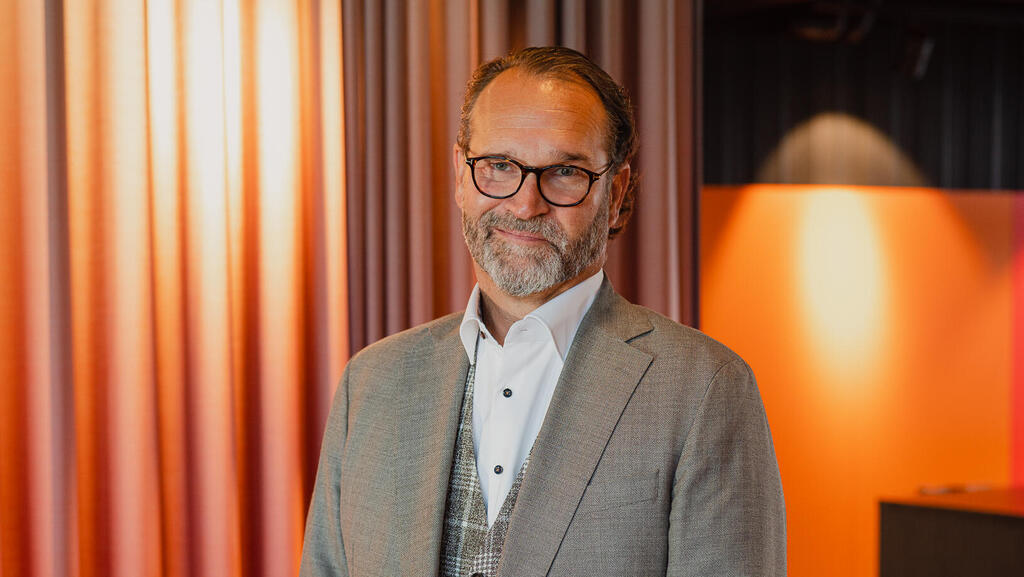 “Imagine the power of merging game developers with behavioural scientists together with tech nerds and medics in an environment of 3,000 pharmaceutical scientists,” said Magnus Bjorsne, CEO of the pharmaceutical giant’s BioVentureHub, which is eager to bring on board Israeli startups

“Countries, companies, and corporations are tirelessly seeking the secret for innovation. So back in 2014, we asked ourselves - could we find a better way to combine science and tech, but also financially allow small organizations to tap into the human capital and infrastructure that sits within a large pharma company?” Magnus Bjorsne, CEO of pharmaceutical giant AstraZeneca’s BioVentureHub told CTech.

This thinking was what led to AstraZeneca launching the BioVentureHub in partnership with the Swedish government. “I think Sweden is very similar to Israel in the sense that we are world-leading in creating startups. But if you look at how many of these grow into sustainable companies, I think we can do better. And we realize that a lot of competence that companies need when they grow actually sits within the industry. So by allowing access to our human capital and what we have, we believe that we could really help these companies in their growth journey.”

The hub, located in Gothenburg at the heart of one of AstraZeneca’s three strategic, global R&D centers, was launched eight years ago as an open innovation ecosystem and is based on an innovative public-private partnership model. It also cooperates with ‘The Connector’, an innovation program organized as an R&D collaboration between Sweden and Israel. The initiative is financed by Business Sweden, Vinnova, and the Swedish Foreign Ministry and is carried out in collaboration with partners in Sweden and Israel. Business Sweden is commissioned by the Government and the Swedish industry to help Swedish companies grow global sales and international companies to invest and expand in Sweden.

“The business case is what underpins any engagement and any investment we do. At some point it is about anticipating value and anticipating value means that you have actually predicted the outcome of the endeavour even before it starts. But if we want to truly engage in disruptive innovation, I think we need to complement the way we work with setting partnerships up and not believe that we can predict everything we start to do,” explained Bjorsne.

In May 2019, AstraZeneca signed an MOU (memorandum of understanding) with the Israeli Innovation Authority, committing to invest and support the Israeli healthcare ecosystem, and it has been collaborating with ‘The Connector’ in recent years in order to further develop that goal. ‘The Connector’ aims to promote innovation collaboration between the two countries by connecting MNEs (multinational enterprises), SMEs (small and medium-sized enterprises), and academia.

In May, ‘The Connector‘ will be organizing a new learning journey and scouting mission focused on agtech and foodtech. Later this year, Vinnova, Embassy of Sweden and Business Sweden will organize another scouting mission with a focus on digital health and industry 4.0.

“Knowhow is essential in the modern economy,” said Maja Zoric, Trade & Invest Commissioner at Business Sweden. “We make sure that Swedish companies make the global connections that will get them this knowhow and keep them world leaders in their field.”

“We have companies from Holland, Switzerland, and the UK. And of course, we would love to see Israeli companies who have an interest in establishing themselves on the European market to use this as a platform,” said Bjorsne. “I have been to Israel quite a number of times, and I must say I'm super impressed with what you have done. And I think there are a lot of commonalities with Sweden. Both are small countries, we need to think global from day one, and we are both very highly ranked on innovation. I think we have the same type of problems. We create a lot of startups, but very few grow into domestic large players. There are some dissimilarities as well. I think the similarities are the foundation to build on, but the differences are where we should focus because I think we can learn a lot from each other.”

Bjorsne explained that the BioVentureHub has roughly 35 large collaborations with different companies, resulting in more than 30 peer-reviewed scientific publications. “None of the companies actually work with a product that is of interest to AstraZeneca. None of the companies in the hub are potential competitors to each other nor to AstraZeneca, and that opens up and paves the way for what we call the ‘dare to share’ culture because you are not threatened by exposing yourself. So you could see it as the sharing economy applied to industry,” said Bjorsne. “We are in dialogue with companies engaged in quantum computing, even though it is typically an area where we would say as an industry, ‘oh, that's a sexy technology, come back when it is mature enough’. We have companies that work with cybersecurity, where we have influenced them to apply that technology and connect it to patient safety instead. It's all about realizing where the potential is, a potential to put a certain technology in a different context. We have gaming companies in the BioVentureHub and imagine the power of merging game developers with behavioural scientists together with tech nerds and medics in an environment of 3,000 pharmaceutical scientists.”

AstraZeneca has also created an additional hub in Sweden, HealthWorks, which is all about patient centricity. This hub brings together healthcare professionals, patients and innovators, and is open to everyone with the purpose to co-create innovation with a total focus on patient needs. “I think this is something which you could argue should have been done by the hospitals, but it hasn't happened. So we did it instead, but it's really a way to connect large companies with small companies and what is in the center of everything is the patient,” Bjorsne explained. “I would love to get in contact and get this to be more known in Israel because we can use the governmental funding to support companies wherever. To me, it's like we need to build relationships. If you plan your marriage ahead of even entering it, it will probably not work. I think this is the way to get to know each other.”