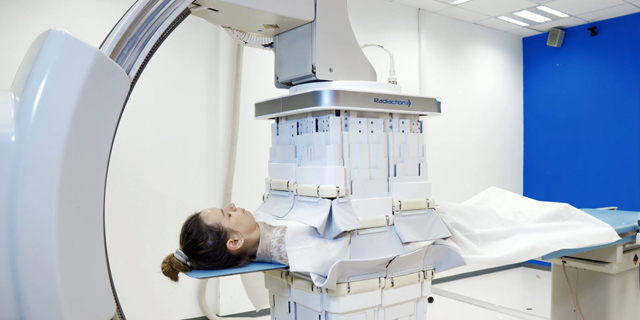 The Israeli company’s technology applies the radiation protection to the X-ray device itself to block scattered radiation, instead of requiring the medical staff to don protective gear

Radiaction Medical, an Israeli medical device company focused on radiation protection in the interventional cardiology and electrophysiology sectors, announced that it has completed a $10 million round of financing and also received FDA clearance for the marketing of its Shield System in the U.S.

InnovaHealth Partners led the funding round, the proceeds of which will be used to launch Radiaction's Shield System in the U.S. and to further commercialize in Europe. 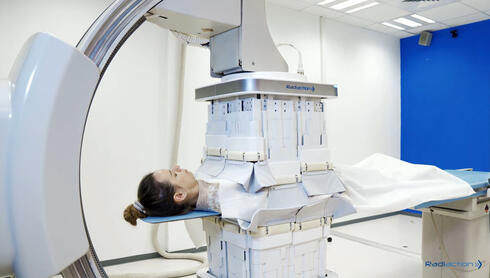 Individuals working in catheterization laboratories ("cath labs") are exposed to high levels of scattered radiation generated from the use of X-ray fluoroscopy. The medical teams wear heavy lead aprons for protection, but their heads, arms, and legs are unprotected, leading to an increase in risk for brain tumors, cognitive degradation, and other radiation-related illnesses. In addition, heavy lead aprons can cause severe orthopedic injuries. A significant part of the radiation is scattered throughout the cath lab by its interaction with the patient's body and X-ray table. Mounted directly on the C-arm, Radiaction's Shield System blocks and captures the scattered radiation at the source. According to the company, clinical studies demonstrate that the device reduces radiation in the entire cath lab by over 90%, with even higher reduction rates to the head and upper body of all personnel in the room.

"We are very pleased with the FDA clearance of our device and look forward to protecting the physicians and medical personnel performing interventional procedures in the U.S,” said Jonathan Yifat, Radiaction's CEO. “This financing will drive our commercialization in the U.S. and Europe, and allow us to build our team and market presence."