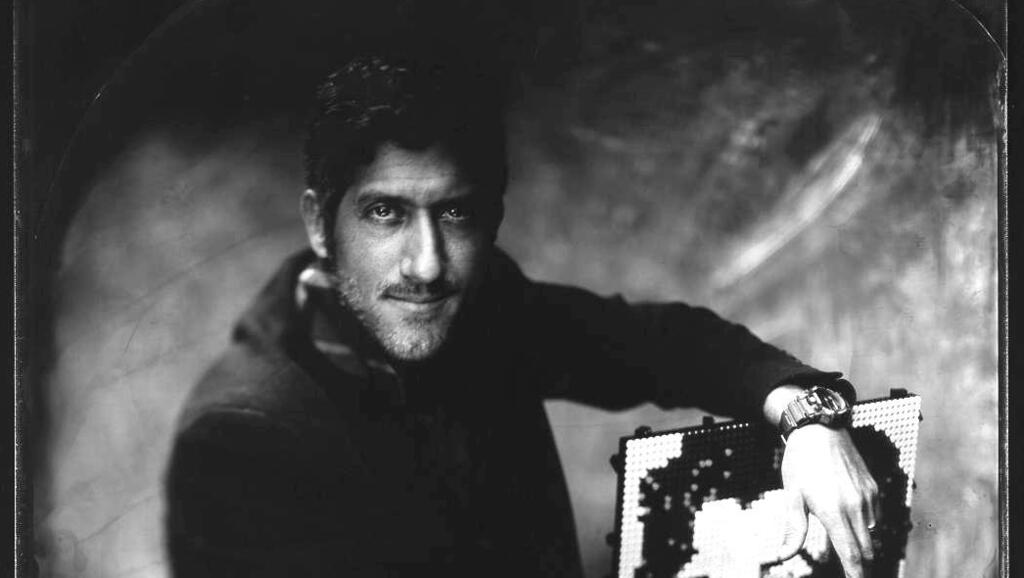 “I live in a nerd’s Disneyland. I’m the Robin Hood of the internet, a Yoda battling the bad guys”

Adam Singolda, founder and CEO of Taboola, learned from his father how to fall in love with an idea, and from his mother to always question the price of milk

“Children raised during Covid-19 think that every parent works from home. My kids think that their dad works out of some room at home. When Taboola went public nine months ago, I did it all from home, from my kids’ lego room. I never even met a single investor in person. My young daughter, Elinor, who is a year and a half old, grew up with her father always home. Now, if I need to fly from Israel to New York for meetings, she gets mad, screams ‘I don’t love you.’ She doesn’t understand what’s going on.”

Your wife, Victoria, is also used to having her spouse around. You wrote in a Facebook post that you like waking up before her, and watching her sleep.

“I wake up, and before I even check my phone, or leave to go on a run, I say thanks that she’s here, and look at her. She sleeps like an angel. I gaze at her and then I jump out of bed. My work is like a Disneyland for nerds, and I always enjoy creating something new. You also need to do that in a relationship, to do new things you haven’t ever done before.”

You met your wife in New York.

“Yes. She’s a New Yorker from a Polish family. We met in 2010 through friends, a year after I moved. She converted to Judaism for me, but also because she felt very connected to Israel and Judaism. We wanted to have a single-minded home, where we practice Judaism, and do kiddush on Friday night, fast on Yom Kippur, etc. She owns a florist shop that she’s been running for years, and she works like crazy. Every morning, she runs to the farmer’s market to pick up the flowers. She’s the best at what she does.”

She doesn’t have to work.

“I don’t like that language. That's how rich people talk. We don’t think or act like that. I think it’s amazing that she’s been running this business for years.”

And you speak three languages at home.

“Victoria and her mother speak to each other in Polish. The kids speak English during the day, and at night she reads them bedtime stories in Polish. I only talk to them in Hebrew. And she accepts the fact that she has no idea what I say to our kids. During dinnertime for example, my son Oz, who’s four, will start telling us a story in English, then switch to Hebrew, and then back to English. He thinks it’s all the same. So Victoria is picking up a bit of Hebrew, and the kids are teaching her a bit.”

Did you have to relocate to New York?

“I knew I had to move, but I didn’t know when until one of our first investors, Zvi Limon, said to me: ‘There will never be a good time. Just get up and do it.’ I moved to New York two years after I founded Taboola, and I had to since I had employees dealing with websites and ads, and New York is the media capital. It’s also a much more fun place to live than San Francisco, California, which I think is boring. And in New York everyone is an immigrant and has an accent, so immediately you feel at home and fit right in. It’s also much closer to Israel. The time difference between the East and West Coast is small, but it is significant in regard to work hours and flight time.”

How did the move affect your Israeli identity?

“I feel at home everywhere I go. And I also put in a lot of effort to act like an Israeli in America and not the other way around. I don’t just speak to my kids in Hebrew, I also read to them books in Hebrew, joke around with them in Hebrew, watch Israeli kids’ TV shows with them, and we listen to Israeli music at home. It’s really us against the world. I don't think that I’ll ever speak to my kids in English.”

What did you take from your personal life as the son of renowned Israeli guitarist Avi Singolda?

“I’ll always feel like the son whose father was blessed by God. My dad is also an amazing father and grandfather. He never knew how much milk cost, but he always loved music, and I learned from him how to fall in love with something. When we would travel abroad and he wouldn’t play, he’d go into a guitar store and go crazy. I hope that the people I love and myself will be able to continue doing what we love. My mother, on the other hand, always knows what the price of milk is. I’m a combination of both: I know how much things cost, but I also try to forget that sometimes and am somewhere on the spectrum between knowing what’s going on and being completely out of the loop. I need to keep my dreams in mind, and believe that anything is possible.”

While you’re daydreaming, your stock has dropped by nearly 50% - it’s declined from $13 to just $5 per share.

“We’re focusing now on the business, and the positive momentum we’re seeing is exciting. We’re only looking at the share price in the long term, and are trying to think like Yoda. The market perfectly keeps track of good companies, and that’s why I care less about our share price and would rather not lose a customer. That really kills me, it makes me cry. That’s what we’re fighting: retaining our customers. Every day we fight as if it’s the company’s last day. We check how long it takes us to respond to customers’ emails, how to cope with employees who have problems, and what is going on when you are not in the room. We want to create a corporate culture that will win over customers.”

So where do the dreams come into play?

“My life is like Disneyland for nerds. Every quarter I can create a new product without asking the world what it thinks. That’s how we entered the video sector: we developed a product for Samsung which competes with Apple News, because we thought it was interesting. Taboola is really a startup of many smaller startups. It’s infinite.”

So how do you let your brain rest?

“I believe in treasuring the small moments. I don’t believe in taking an annual two-week vacation, but lots of smaller vacations. Even everyday things, like bathing my kids, running a bit every day, having a glass of wine, playing with legos is enough. I think that everyday people should do things that make them happy and keep them sane.”

What’s your deal with legos?

“It’s the idea of creating something, it’s building something with your hands, and it excites me. It lets me talk to my kids, not just about what we’re building but about anything - both good and bad, and about behavior. I told Oz that Yoda is a Jedi master since he studied Hebrew and numbers for 600 years, and now he wants to learn the entire Aleph-Bet so he can be like Yoda.”

And this doesn’t bore you?

“Being bored is healthier than being constantly overstimulated. It’s important that I give my kids that ability to get bored, just like we used to stay up after Friday night meals and just talk until midnight. Why is that so difficult these days? That’s one of the reasons why I love Taboola, because we’re building an alternative to Facebook that doesn’t suck you into social media but only shows you the content you’re interested in. I kind of feel like the Robin Hood of the internet, or like Yoda battling against the bad guys.”