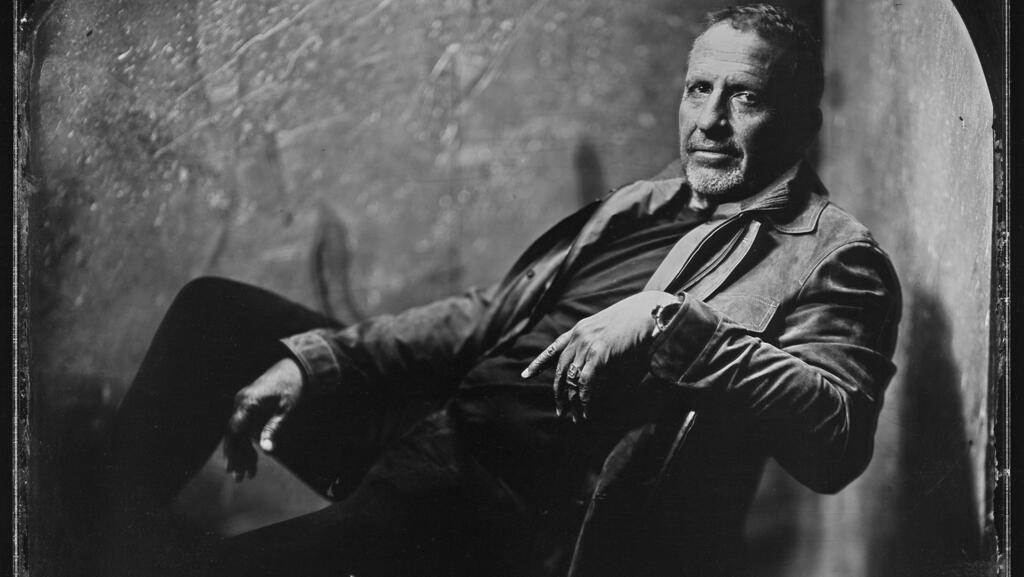 "In the third session, my psychologist burst into tears and said, 'I cannot treat you.'"

Eyal Waldman - former founding partner, president, and CEO of Mellanox, which was sold to Nvidia for $6.9 billion

"From my perspective, I broke up with my father a long time ago. My parents divorced when I was 3, and since then he would come to meet me twice a week when we lived in Rehovot, and once a week when we moved to Jerusalem. Throughout my army service I saw him three times, and when the families of fellow soldiers came to visit the base, I volunteered to take guard duty. After I succeeded in business, he tried to get a little closer, but he already had his family, a wife and two daughters ... I do not know, we never talked about it directly."

And he died this month.

"He has suffered from dementia for the last six years. He was a big, strong and active man and suddenly you do not know what's going on inside his head because he just is not there. So the separation had already occurred in his lifetime. The body is alive, but you do not really have a father. In fact, when he died, I was relieved to know that he was no longer in pain, because it was very difficult to see him - and it was difficult for me to feel that I was not taking him out of the nursing home, with all the mentally frail."

You couldn’t have cared for him differently?

"It was not my decision. We signed a waiver of guardianship for his wife and one of the daughters, because they lived with him and I cannot make decisions for them." 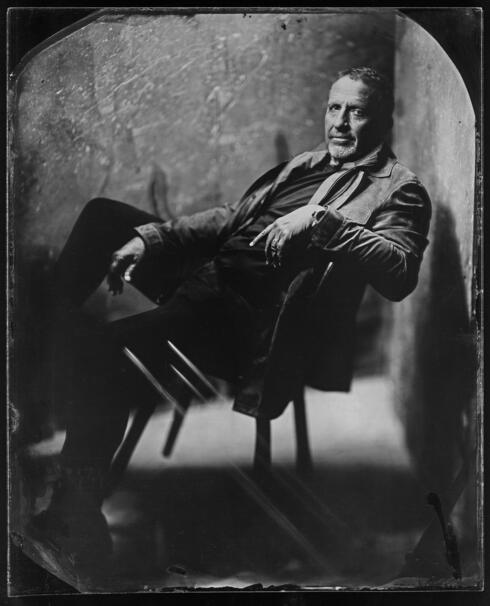 Does it bother you that people, as you attest about your father, try to approach you after you have succeeded and become rich?

"I always think everything is clean and I don’t look at motives. I am naive in that and prefer to stay that way. I have no problem with people approaching me."

You are not suspicious of foreign motives?

"I know a lot of people would not be with me if I did not have money, but money is part of who I am. Just as beautiful women are attractive because they are beautiful, and that's part of what they are. If they were less attractive, to me at least, I would be with them less. So for me, money is part of who I am, and I accept that part of the attraction to me is because I have succeeded. And it's not exactly the money, money signifies that I know what to do, that I am dominant, strong, make the right decisions, and win. People are attracted to that."

Has the intense life in the business world changed you?

“A CEO is measured by his stock price. It sounds cruel, but that's what decides it, not whether you're nice to employees or if you contribute to the environment. There was a board member who told me that, and I always said I did not want to be like him and that I wanted to be good and considerate, but I slowly realized that I was becoming one of them. When you become a CEO you have to become a person who looks at things very coldly, without being soft. It makes life very simple because there are no emotions. At some point it also slides into the personal world. I turned personal issues into business decisions, and it was much easier for me."

"For example in a trial where my ex-partner (Shlomit Penn) sued me and plotted things against me. In the first year I was very emotional, and then I decided to treat it as a business, I would not even read some of what was said."

So, Shlomit's lawsuit was like a "business" issue for you? What came out was pretty humiliating. You were accused of photographing her with hidden cameras in your apartment, violently.

"Once the criminal issue she accused me of was dropped - and it was a delusional claim in the first place - everything became a matter of money. And the financial matter was a small dent for me."

Why didn’t you pay in advance and avoid the tabloid commotion?

"Because I do not want to be blackmailed. I am not willing to compromise on blackmail, or my children will see that I can be blackmailed. I cannot be threatened with indictment, and fortunately I was able to prove there was no violence or anything criminal. Many told me 'compromise', but in the end I won the lawsuit. Closing it for a fee would be like pleading guilty."

Did you recover from the story?

"Yeah, but with a lot of scars, suspicion and reluctance. I'm much more careful, in some ways it really screws your life."

From the outside you don’t see anything.

"You can not see people's scars, but you always carry your baggage with you. You can’t put it aside."

Did you take care of yourself?

"I never needed a psychologist, but my ex-wife and I were in treatment as part of a separation process. One of the most expensive ones, $650 an hour. I gave the psychologist a background on my life, and in the third session, after 20 minutes, he started crying, a really bitter cry. I thought he wanted to show me I can cry, but he said, 'I can not treat you, you remind me of my father, not afraid of anything, you answer every question directly.' I handed him tissues and left."

What's the deal with not caring about what others think, living well and flaunting it without apologizing?

"Why should I apologize? I did not receive a penny from anyone, I did not steal anything, I made thousands rich or comfortable, I did well. I have no goal to show off, just to live my life the way I want."

Do you have more tormented periods?

"There have been periods of stress and fear at work. When you are CEO you are constantly scared, and alone. You have no ability to share your fears with anyone, the uncertainty needs to stop within you. You decide alone, lead alone, and keep the risks to yourself, because everyone needs to do what you want them to do - and fast. You need results and there’s no time. That's why you say things in a way that shakes them, and they shape up."

Do you want people to do what you want in your personal life as well?

"It's a problem, and sometimes I recognize a leak of the way of thinking from business to personal. You're used to people constantly doing what you say, that when there are disagreements you are the one who decides, you're used to leading. With your spouse you cannot act that way. In cases where it starts to flow that way I say to myself 'calm down, here you are not number 1, be considerate. You learn to give them their place’. And yet I think there is an advantage to saying exactly what you think. I was glad that my partner would also tell me exactly what she was thinking. That's how I want to live."

How much freedom does money give?

"I was happy before too, money does not bring happiness. In the Sea of Galilee driving a Renault Express with small children I was no less happy than at a seven star hotel in the Maldives. Happiness comes from somewhere else. Money just gives you options to do better things more comfortably. And I'm still afraid of losing the money and being left with nothing. That feeling never left me."

What's the deal with the young age of your partners, who are 25 years or more younger than you?

"It's an attraction, very simple. There's no philosophy of life here. Random. It happens. Nothing ideological. I also had girlfriends in their 40s, and I also had very young girlfriends."