Rafael Advanced Defense Systems has a special cyber division in Jerusalem that includes 55 ultra-Orthodox employees, some former yeshiva students, that help make sure no one penetrates the air defense system

Five years ago, B. had the life of a typical hasidic man. He studied at one of the large yeshivas, married young, and was a father of four. When he turned 30, he consulted with his rabbi about earning a living, received approval, and began pursuing his academic studies with a degree in computer science. With a black velvet kippah and payot, the long curled sideburns, he wasn’t exactly a run-of-the-mill college student at the Open University of Israel.

S., his manager, shares what happened when he received B.’s resume, and took one glance at his profile picture, doubting whether B. would integrate well into the company. S., who is also ultra-Orthodox, and has been getting the cold shoulder from the high tech industry throughout his career, decided to invite B. to an interview. Today, B. is one of the most prominent employees at Rafael Advanced Defense Systems cyber division that operates out of Jerusalem, and is shattering stigmas left and right. 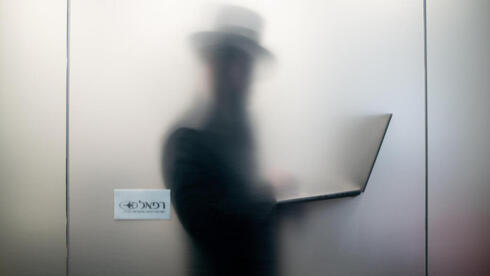 “They didn’t cut any corners with me,” said B. “Had I continued on the yeshiva path I would have never gotten the chance to deal with issues of state security. I still study Torah in the evenings.”

Rafael’s Jerusalem branch is one of the most fascinating places in the Israeli defense industry. It certainly isn’t a typical high tech office - there are black hats and coats (classic ultra-Orthodox wear) strewn on coat hangers and in doorways. Outside the commercial building - which is located in the heart of Jerusalem’s commercial and industrial area - security guards stand near gatherings of men in midst of mincha and maariv prayers. The feeling of responsibility hangs heavy in the air: these men and women are responsible for protecting the Iron Dome Missile Defense and Trophy systems against cyberattacks, and ensure that the systems’ data doesn’t fall into enemy hands.

Over the past year when many high tech companies competed for the best minds at Rafael by offering them enticing salary and stock options that typical government-controlled companies cannot offer, Rafael succeeded in recruiting an impressive influx of manpower, hiring nearly 1,000 people. The atypical division - both in terms of location and religious-leanings - has more than doubled its workforce from 25 to 55 employees over the past year.

It all started back in 2017, when Rafael received a request from a group of nine people who formerly worked at NDS, a Jerusalem-based company that specializes in cable TV security. The company was later acquired by American Cisco Systems, and the group was looking for a change. “These types of transitions are common in the high tech industry,” clarifies S. “We looked for a place that would take us in, respect our values, and allow us to stay in Jerusalem. I went to several companies, even international ones. Some recoiled at the thought of opening up an office in Jerusalem, others at the sight of my black kippah. Rafael was looking for cyber experts, and we expressed interest.” 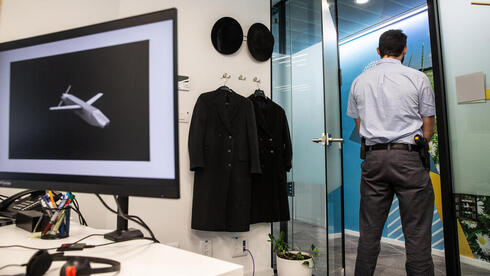 None of the employees took the standard route of pursuing a science-and-math track in high school, serving in Unit 8200 in the Israeli military, or studying a four-year-degree at a large college such as the Technion or Hebrew University; later on living with a leased car, a subsidized lunch card, and all the other perks of working in the high tech sector. This group is the exception, and has no lunch cards (which work with few glatt-kosher level restaurants.) However, they do have a budget to eat at one of the glatt-kosher restaurants nearby. None of them served in the military, and never dreamed they’d work at a place like Rafael.

H., (52), is one of the older employees. A father of 10, he’s also far from your run-of-the-mill cyber expert, but that didn’t stop him from working for multiple high tech companies in the past, until he heard about Rafael’s cyber division. “There are different challenges here compared to other high tech companies, but I could relate to this place,” he said.

S., is one of the female employees in the division. Only 23, she completed her degree in computer science at the religious women’s campus at the Jerusalem College of Technology, which also incorporates Jewish studies. “In seminary, I was drawn to subjects like electrical engineering and programming, but it was hard to find a job. I was glad to find this place.”

How can yeshiva students - who haven’t studied core subjects in high school, succeed in degrees like computer science, which are challenging even for secular students who pursued difficult math tracks in high school?

“I started out my journey where my knowledge in math was on the elementary-school level,” admits B., “I only knew the multiplication tables. But one thing - aside from Torah - that you learn in yeshiva is how to study. How to acquire knowledge and delve deeper. I discovered that I’m quite talented in math, and after taking some pre-college courses I started my degree in addition to being a father.”

H. also discovered that he excelled at math, since he was good at analytical thinking from studying Talmud in yeshiva. “I already knew English, since my parents are Anglos. English is a basic requirement to succeed in high tech, and is no less important than math. But it’s a struggle for many ultra-Orthodox who don’t study languages (aside from Hebrew and Yiddish) in school. When they learn it later on, it’s much harder to catch up.”

“Some womens’ seminaries have excellent academic programs, and there’s potential,” admits S., who is a lecturer at both the separate men’s and women’s campuses at the Jerusalem College of Technology. “Even at secular high schools, students aren’t really prepared to enter the high tech workforce. I think that in the ultra-Orthodox sector, instructors need to know how to identify talent, and see who has potential.”

Due to his background and his success in the ultra-Orthodox cyber division, many organizations and companies have turned to S. to consult with him on how to better incorporate the ultra-Orthodox in the workforce, or at specific companies. “Rafael doesn’t recoil at the sight of my kippah, and once it saw that our team is doing professional work, we got the backing to grow and expand. Rafael also knows how to exercise flexibility, to take into consideration ultra-Orthodox employees at company outings or events. An ultra-Orthodox family wouldn’t feel comfortable taking a vacation in Eilat, and Rafael knows that it needs to offer alternative vacation plans.

But the division at Rafael also raises the issue as to why more ultra-Orthodox men haven’t yet entered the workforce. Women study core subjects in high school and seminary, so that they can support their families financially, while their husbands study Torah in kollel or yeshivas most of the day. Due to the high salaries inherent in the high tech sector, several women’s colleges have begun teaching subjects like accounting and math, which are becoming more in demand.

Meanwhile, the men continue to study Torah. Those who are considering entering the workforce typically only do so after the age of 25, after consulting with their rabbis, and then need to start studying core subjects, like math, from scratch.

How can Israeli companies encourage more ultar-Orthodox men to enter the workforce?

“I think the most important factor is to not get directly involved, or pressure them,” says B. “These things need to happen from within, and receive approval from leading rabbis. Otherwise, it will be regarded as coercion, and people will reject this concept. There are those who will realize this path suits them, and they’ll find their way. But we need to open the door for those people.

“My children study in Ashkenazi-Lithuanian institutions, and some of my daughters have decided to become teachers, while others have chosen tech-tracks,” adds H. “Boys can’t pursue a tech track unless they consult with their rabbis first. In our society, heavy emphasis and value is placed on learning Torah. They also know that they won’t be accepted easily - by (our society), programs, or companies. Not every company knows how to ‘accommodate’ us. I’m not worried about the academic part. In yeshiva, studies are intense and contain depth. Whoever internalizes the algorithms in Judaism and has a talent for math, will know how to learn to code later on.”

How can society open the doors?

“To find a suitable academic track,” says S., “an ultra-Orthodox man won’t feel comfortable sitting next to secular female college students. Every time that big universities try to offer gender-separate studies, people say they’re ‘caving in’ to the ultra-Orthodox, and the plans don’t take off. But in order for men to learn, they need the proper environment. Without that, nothing will move forward.”

Another obstacle they point to is studying English. “Now, I realize how important it is to learn English from a young age, how much easier it is than trying to learn it as an adult. Ultra-Orthodox schools need to have special extra-curricular English courses for after school - something that won’t ‘take time away’ from studying Torah and receives Rabbinic approval, so that these children will grow up and be able to provide better for their families in the future. Math can be taught later, but English is much harder to learn as an adult,” he said.

“I think these courses should be subsidized by the government or even free,” adds S. “An ultra-Orthodox family pays NIS 450 ($139) a month to send their son to religious cheder, or elementary school, and NIS 1,250 ($388) for an older child to study in yeshiva ketana, or high school. It’s not financially possible for every family to send their child to an extra-curricular.” 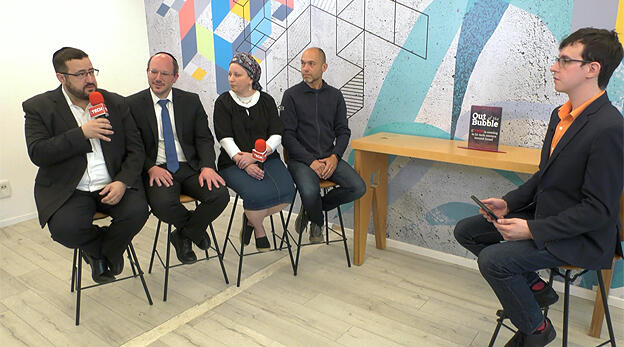