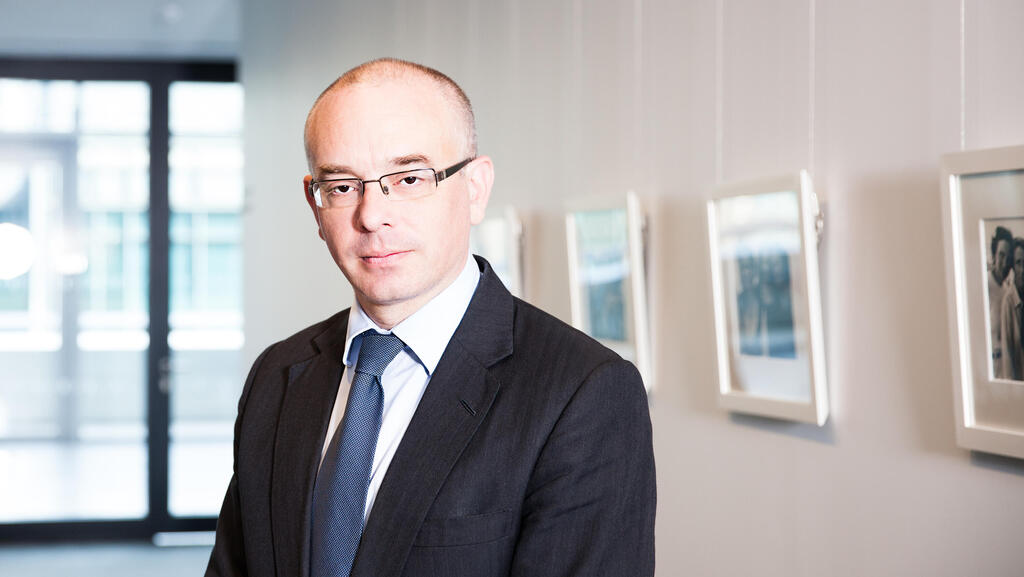 There has been ample talk in the media and among economists about what has widely been described as the 4th industrial revolution - the adoption of automation, digitalization, and robotics into manual workforces resulting in the displacement of jobs for unskilled workers. While primarily a consequence of enhanced technology, there is also the mass-adopted use of social media that contributes to changing sentiments towards our workforce and our politics.

“Technology creates a revolution in society,” explained Paul Donovan, Chief Economist at UBS Global Wealth Management. Speaking ahead of the Meet&Tech conference by Calcalist, Donovan outlined some of the potential changes that might be seen in the upcoming years - changes that have only been accelerated by the pandemic. “You change the relative importance of jobs, the status of jobs, you change how we work, where we work, how we consume, what we consume, all of this is shifting. It creates significant disruption to not just the economy, but society at large,” he said.

It has become almost cliche at this point to marvel at the pace of digitalization during the Covid-19 pandemic. Entrepreneurs and economists have all agreed that the world saw ‘years of innovation in months’, with areas such as retail, healthcare, and e-commerce most widely affected. However, Donovan argues that the accelerated pace of disruption has caused a traumatic shift in society - one that has seeped into our politics through social media.

“In each of the three previous industrial revolutions that we had… you have had some sort of significant political change,” he continued. He outlined how the first opened up the middle class to the right to vote; the second one saw that right expanded to the working class; the third saw a rise of special interest groups, and Donovan predicts this fourth industrial revolution will bring about the decline of political parties as we know them. “Almost every country has seen a decline in political membership in the industrialized world in recent years,” he explained.

The reason why technology and social media might play a part in the decline in our political parties is two-fold: the first is that political parties rely less on the physical participation of their members to rally and canvass ahead of elections since a well-crafted YouTube video has a wider reach and greater impact. The second reason is that social media has created echo chambers for single-issue politics that are tweeted and shared via groups or hashtags.

“What you tend to get in social media is increasingly the role of single issues galvanizing the political debate,” Donovan explained, highlighting how topics such as the #MeToo movement in the U.S or the price of cottage cheese in Israel can cause a “political game of whack-mole” for politicians who swap coherent manifestos of policies and ideas with trending hashtags to cater to the noise of online discourse.

As the American midterms approach, it is usually the incumbent party that struggles to maintain its power over the two chambers of Congress. Historically, it is expected that the Democrats will lose their political power in November unless voters are motivated to go and vote. “The party that wins is the party that motivates its supporters to go out and vote,” Donovan explained. “Being against something is usually a bit more passionate than being for something, a lot of the time. It creates an interesting situation if the leak about Roe vs. Wade is true.”

The morning Donovan spoke with CTech, U.S news outlet Politico reported on a leak from within the Supreme Court that revealed a draft opinion arguing to revoke Roe vs. Wade, the court case that federalized the right to abortion across the United States. In a moment, thousands of passionate people turned up to protest at its doors. Hours later President Joe Biden tweeted: “We will need more pro-choice Senators and a pro-choice majority in the House to adopt legislation that codifies Roe.”

Abortion, perhaps the most emotionally charged issue in the country, has become central to the debate in American life on social media in the run-up to the election. It happened because of an unprecedented leak and was charged with the fuel of social media outrage. The single issue now monopolizes headlines and hashtags in the way that #MeToo and others have in the years before.

When considering the 4th industrial revolution, it is not only the ‘robots taking jobs’ which cause disruption, nor is it the acceleration of a pandemic that digitalizes workforces quicker than anticipated. It is the technology embedded in society and culture that can cause trauma far outside of factory floors - technology that trends hashtags and gathers a disgruntled workforce into groups ready to tackle passionate social causes.

“It’s not about persuading the other side, because of polarized politics. You don't persuade the other side, it's about motivating your supporters to go out to vote,” he concluded.