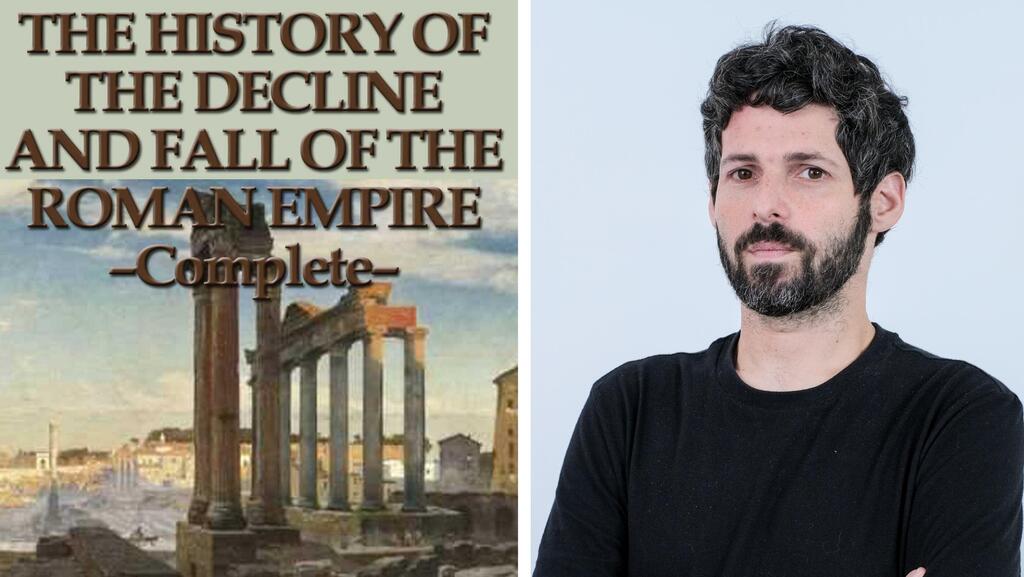 Daniel Avital, Chief Strategy Officer at CHEQ, shares insights after reading “The History of the Decline and Fall of the Roman Empire” by Edward Gibbon

Daniel Avital is the Chief Strategy Officer at CHEQ, which develops Go-to-Market security solutions. He has joined CTech to share a review of “The History of the Decline and Fall of the Roman Empire” by Edward Gibbon.

Title: “The History of the Decline and Fall of the Roman Empire”
Author: Edward Gibbon
Format: Book
Where: Home 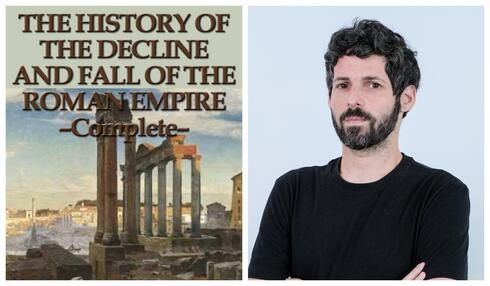 In his historical account of the decline and fall of the Roman Empire, Edward Gibbons discusses the conditions that led Rome to global success, and how the erosion of those conditions led to its gradual and inevitable demise, after over 1,400 years of dominance. Gibbons closely examines the tenets of western civilization - from constitutional government, free-market economics, civic militarism, and civic virtue, demonstrating how one by one these principles were abandoned, causing Rome to fall from power and ultimately succumb to tribal, barbarian hordes. Long considered the most comprehensive account of the fall of the Roman Empire, Edward Gibbon's effort is a masterful lesson in how empires rise and fall, and his insight and analysis are as relevant today as they ever were.

1. When Rome stopped practicing the ideals that made it great, it began to crumble:

The grand theme of Gibbon's work is that the fall of the Roman Empire did not occur by chance, nor was it a result of chance and misfortune. Rather, he argues that there existed certain conditions that made Rome a global empire for over 1,400 years, and that when those conditions ceased to exist, this brought about its inevitable fall.

2. A loss of civic virtue, hurt the fighting spirit and bond of the Roman people:

Gibbons argued that the binding thread of the Roman Civilization was its civic virtue - a set of ideals that were the core to its initial success. What were those ideals? One of them was 'civic militarism', or the idea that the citizens should be invested in the defense of the nation. So long as the Roman Army was a 'people's army’ it would maintain a strong will and commitment to fight for Rome. But as the Roman Empire expanded, the military changed. Roman citizens could no longer secure an empire that spanned from Gaul, to the Fertile Crescent and North Africa and the army had to enlist soldiers from conquered territories whose innate loyalty was not to Rome. But why would a Roman legionnaire feel motivated to take up arms and defend a Roman colony in Egypt? Once the Roman citizen was no longer invested in its defense, the military was weakened and the empire became vulnerable. Another aspect of Civic Virtue was common Roman culture and identity. For a civilization, having a shared culture, heritage, language, and history is crucial, and Gibbons argues that these act as binding agents that keep a nation united. But with the expansion of the empire and subsequent conquering of other nations, Roman culture eroded. Under Rome you now had multiple languages, cultures, systems of government, and tribal affinities which created a disunited Rome, and without a 'melting pot' mechanism like we have today in the United States or Israel, this system became unsustainable.

Another core tenet of Roman culture was the idea of productivity and self-sustainability. The republic started off as an agrarian society that largely sustained itself. But with the expansion of Rome, the empire became a beast that needed to be fed more and more. Local farmers could no longer be the sole provider of food and food production had to be outsourced to colonies, creating a dependency on foreign labor and production. As this system created great affluence, the Romans morphed into a society that mostly consumes goods and services, but doesn't produce them. Gibbons saw this as a weakening of the backbone of Rome, which ultimately produced a "soft" Roman citizen, who couldn't plow a field, or wield a sword, as they were consumed with luxuries like perfume, spices, arts, and jewelry.

As someone operating in the modern world, I often have to remind myself that little has changed. Yes, we have modern technology, but people are still the same people, and what happened to Rome can happen today. We see large nations, international organizations, and giant companies that we all deem as 'too big to fail'. But Rome was far bigger and lasted far longer than any entity in modern existence, and yet it failed.

With that in mind, I think there are a couple of important takeaways for people like myself and my colleagues, who are building large, rapidly expanding companies and want to avoid the pitfalls of Rome.

1. Preserve the core values that brought you success. For Rome, it was its Civic Virtue, and once that was gone, they could not sustain. For you, it might be that you are a product-driven company, or that you are customer-centric in everything that you do. But whatever it is that got you to the top, preserve it.

2. Make sure your people feel like they're invested in the company. As long as all Romans felt that Rome was theirs, then they produced its food and fought its battles. If you want your employees to fight for your company, they need to feel a sense of ownership, investment, and belonging. Don't let them feel like hired mercenaries.

The main critique of Gibbon's work was its reliance on scattered accounts of Roman history compiled many centuries earlier by Roman-era historians. But this is of course an issue for anyone looking to build a comprehensive account of Roman history, and nobody has done it better and more thoroughly than Gibbons.

If you've built something big and think you'll never fall, this book is a great reminder that staying at the top is much harder than it seems. But more than that, it is a humbling lesson that highlights for us today what nations, organizations, and companies can do to not end up on the wrong side of history.