Arkady Volozh, one of the founders of Yandex, wrote to the Israeli Prime Minister and three ministers telling them that he has decided to move the company's headquarters to Tel Aviv. He is seeking special conditions for the company's non-Israeli workers as he attempts to move the “Russian Google” away from Russia and the sanctions

"I have made a decision to move the global Yandex headquarters to Tel Aviv and bring many hundreds of developers, engineers and technologists to Israel," writes Arkady Volozh, CEO and founder of Yandex in a letter sent to Prime Minister Naftali Bennett and other ministers which has been seen by Calcalist. The letter is also addressed to Finance Minister Avigdor Lieberman, Interior Minister Ayelet Shaked and Minister of Innovation, Information and Technology Orit Farkash-Hacohen.

In a letter titled "Yandex - Expanding Operations in Israel", Volozh is essentially seeking to grant Yandex, which is considered the "Russian Google", exceptional conditions that will allow it to employ non-Israeli workers in Israel.

"In order for the company's employees to be able to make a decision to move to and live in Israel, even if for a number of years, they must be granted several conditions for which we seek assistance from you: grant work visas to non-Jews or those not eligible under the Law of Return, and issue temporary travel documents to the company’s workers who are Russian citizens." 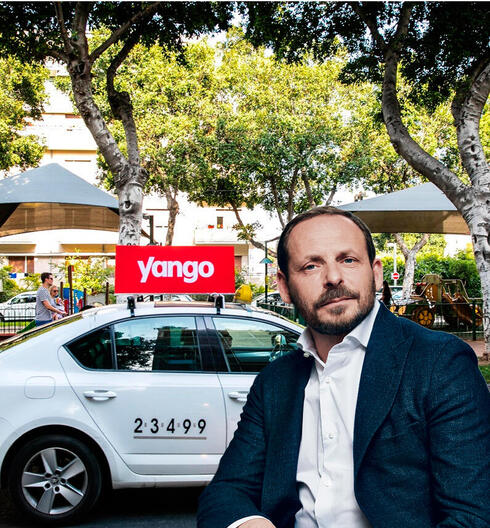 The temporary travel documents are supposed to allow these workers to move freely around the world, which has become impossible with a Russian passport since Russia's invasion of Ukraine in February this year. At the end of the letter, Volozh invites the ministers to visit the Yandex offices in Israel and asks to "approve our requests as presented above."

Yandex already has significant business activity in Israel and employs 450 people here. The company's most well-known brands in the local market are Yango Taxis, the Yango Deli retail and shipping business and also Wind's scooters, an operation they recently acquired. Beyond that, Yandex has an operation called "Practicum" for training high-tech workers, the cloud services Yandex Cloud, and the highlight for the company, its autonomous vehicle operations. Yandex holds a license from the Ministry of Transportation to pilot its autonomous vehicle and it can be seen traveling occasionally throughout the Tel Aviv area.

Some of Yango Deli's delivery people have recently been replaced by robots, and this is also part of Yandex's innovative projects. The company's offices are today located in the Alon Towers in Tel Aviv, but despite its expansion in Israel, it is unable to get rid of the shadow of being a Russian company and the fear that data stored by it may reach the Russian authorities.

Volozh himself has been living in Israel in recent years after receiving Israeli citizenship under the Law of Return in 2017. Today he is responsible for the technological aspects of Yandex and its activities outside Russia's borders. According to recent publications in Russia, he plans to split Yandex into two companies - one Russian and the other international whose headquarters will be in Israel.

However, it is doubtful how the plans for the split can be implemented both against the background of intellectual property issues and mainly because of the possible implications of such a move on the debt settlement that Yandex is currently in the midst of. The halting of trading of Yandex shares in New York and the blocking of its access to actual capital has triggered a $1.25 billion conversion bond clause that allows for immediate repayment. Immediate repayment of this bond may lead to the insolvency of Yandex and it is currently in negotiations with bond holders.

In the two months since the beginning of the war in Ukraine, hundreds of Yandex workers have fled from Russia, many of them to Israel. According to estimates in the Russian media, at its peak, close to 10% of the company's 18,000 employees were outside Russia's borders. But while many programmers have fled to former Russian republics such as Armenia and Georgia, many of its senior officials who are also eligible for the Law of Return have moved to Israel, including the company's former CEO and Yandex's VP of human resources, the CEO of Yango Deli’s operations in Russia and more.

Yandex is the most famous and largest high-tech company in Russia, but also one with significant complexities. Since its founding, the company has been listed in the Netherlands, and before the war in Ukraine its shares were traded on the Nasdaq at a value of $32 billion. At the same time and despite the attempts of Volozh, the Kremlin is also involved in the company. At the time of the 2009 New York IPO, which was the first major technology IPO after the 2008 financial crisis, the Russian government demanded and received a golden share in Yandex. The golden share gave it the right to refuse any purchase of more than 25% of the company's shares. 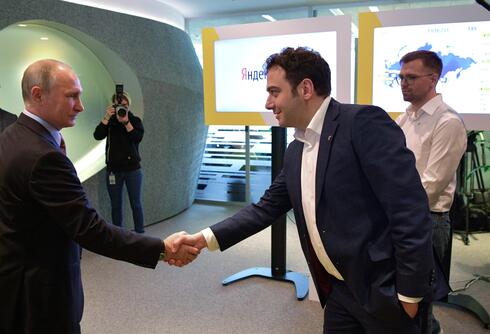 In 2019, Volozh managed to weaken the Kremlin's grip slightly by converting the golden share into a fund that represents some of the company's shareholders, including representatives of the Russian government. Almost immediately after the start of the Russian invasion and somewhat surprisingly, the Deputy CEO of Yandex, Tigran Khudaverdyan, came under Western sanctions after appearing in a joint photo with President Vladimir Putin in the Kremlin in a meeting with businessmen.

The Deputy CEO resigned immediately and was replaced by one of the senior executives, although he still remains at Yandex as a sort of adviser. So too, Yango Deli's operations in France and England were stopped, and Finland also cut off power to the data center. Since the Russian invasion, Yandex's stock has been suspended from trading in New York, but not before its value fell sharply to less than $5 billion.

A mine in the news operation

Since the beginning of the war, there has been unrest within Yandex itself, mainly against the background of its activities in the field of news. Yandex’s original activity, founded in 1997 by Volozh and the late Ilya Segalovich, was a search engine that began operating even before Google. In the distant past, Sergey Brin and Larry Page even offered to buy Yandex. But since then it has become a multi-armed octopus that has touched all areas of life of the Russian citizen.

The news operation called Yandex Zen was identified as a possible minefield and a source of possible sanctions already at the beginning of the war. Yandex news service personnel tried to walk the fine line and not upset the Russian authorities too much, which shut down media outlets that expressed opposition to the war. This experience has led to sharp remarks from the company's employees and former senior executives on social media.

To disarm this mine, at the end of April Yandex sold its news activities to VK, the Russian Facebook, with financial terms not being disclosed. At the same time, Yandex's taxi operations in Russia are blossoming against the background of the departure of foreign taxi services from operations in the country.