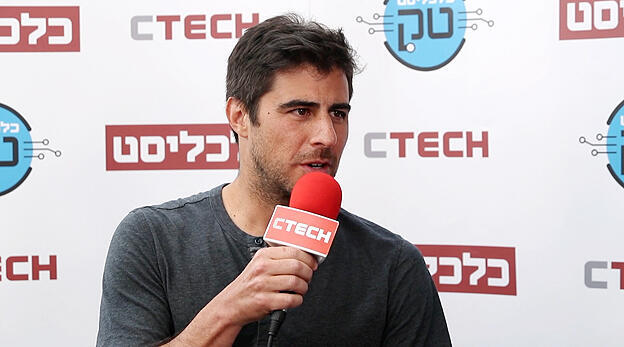 Agmon believes that VC funds would not take advantage of the current situation in the markets to reduce company valuations. “If there are down rounds, it will be because the market has decided that the current real value of a particular company is lower than the value another fund estimated a year or two ago,” he told CTech

“The writing was on the wall from at least the fourth quarter of last year. So what do we do? First of all, recognize the new reality and plan ahead with the understanding that times have changed. Probably the first thing to do is to tighten the belt, beyond that, every company is special and there is no one-size-fits-all recipe,” wrote Liad Agmon, Managing Director at Insight Partners, on Twitter earlier this week.

Agmon published on the Twitter thread, written in Hebrew, a letter he sent out to Dynamic Yield employees around six months ago. Agmon co-founded Dynamic Yield, which was acquired by McDonald’s in 2019 and then by Mastercard last year.

“In recent months, Israeli high-tech companies traded on Wall Street have been taking punch after punch, and their values ​​continue to plummet, almost without a floor,” he wrote. “There are many reasons for this: inflation that has started to run rampant and is about to lead to interest rate hikes in the coming year, an update in iOS 14 that disrupted the advertising world and increased CAC (user acquisition costs) by more than 30%, supply chain issues affecting everyone (just think that some of our customers reduced their advertising for the holidays because they did not have enough merchandise to sell), inflated prices of tech companies following the euphoria of a new generation of young investors using Robinhood and thinking it is possible to buy shares on the recommendation of random people on Reddit, and more.

“What will happen to the other startups in Israel? The changes in the public market will begin to seep strongly into the private market. The largest venture capital funds in the world will understand that the multipliers they have given to startups in recent years will be challenged in the public market, and these companies will require offerings because there are almost no acquisitions (because large companies are unwilling to pay the dream multipliers some startups have received). As startups continue to burn a lot of money, and must continue to raise money from VCs, we will start to see two phenomena in the coming year:

1. Startups will raise funding at significantly lower valuations than the previous round, which can lead to the disappearance of the value of the employees' options.

2. We will start in the coming months to hear about layoffs in startups and unicorns that we thought, according to newspaper articles, are startups that are doing amazingly. And there will also be quick bankruptcies and startups that are sold "for free" so as not to be forced to close down.

“Almost half a year has passed since the email above was written,” Agmon added on Twitter about the letter he previously sent to his former employees. “Since then, war has broken out in Ukraine, food and commodity prices have risen sharply, interest rates continue to rise and the U.S. is in danger of stagnation (for the first time since the oil boycott of the 1970s). On the stock exchange, the value of Israeli tech companies continues to be cut.”

In response to the question of whether the Israeli ecosystem has already internalized the situation, Agmon told CTech today: “In my opinion most managers in the industry have started to internalize this in the last two to three months, while employees have only begun to internalize this in the last few weeks. The impact is already evident on the ground: in board meetings and in the annual plans of every high-tech company I know.

“From an Insight perspective, in the last month, Onsite, our software operations team, has already worked with Founders, CEOs and their teams to adapt to this new environment. This includes, but is not limited to, cash preservation strategies, hiring and budgeting plans, customer retention tactics and fundraising strategies in a tight capital market.”

Can you shed some light on what has changed in the past six months?

“Things did not change, rather, I think the warning signs have become more tangible and immediate, and the concerns raised are accelerating the negative impact in the market. During this time, we will use our pattern recognition and our data across our portfolios of ScaleUp companies to help us navigate the uncertainty, with the goal of providing guidance, capital and support.”

Can funds "take advantage" of the situation and re-price investments in down rounds? After all, we already saw this phenomenon in the first months of the Covid-19 pandemic.

“No. Funds have no interest in down rounds as this creates a very significant series of problems, primarily because it creates a conflict of interest between the funds and the entrepreneurs and employees, and can lead to severe crises that will hurt the company even more, in a way that everyone loses.

“The VC market is a very competitive market, and if a fund offers the company investment at a certain value, and the company has a better option - there is no reason why it should not take the better offer. Therefore, if there are down rounds, it will be because the market has decided that the current real value of a particular company is lower than the value another fund estimated a year or two ago. Will it pass smoothly or not? I don’t know, but the whole industry understands that we are in a different time and that we need to maintain the right balance in order to continue to produce value."

Despite the concerns regarding the current momentum in the market and the storms that could still hit the tech industry, Agmon concluded on a positive note.