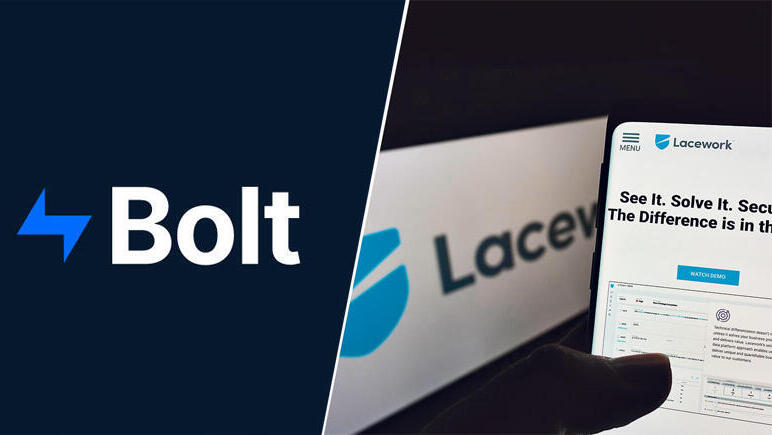 Mass layoffs at American unicorns Lacework and Bolt signals the hysteria that could turn out to be excessive and harmful in the venture capital industry. This panic could also spread to Israel and hurt companies whose situation is not necessarily bad

From euphoria to hysteria - this is the most accurate description of what is happening today in the venture capital industry and is projected directly on start-up companies. It has not yet reached Israel, but some of the events that have taken place in recent days should worry Israeli entrepreneurs. Not necessarily because the status of their companies is deteriorating or because they are about to run out of money, but because venture capitalists have gone hysterical.

The most prominent funds in the world, from Sequoia to Y Combinator, have released terrifying presentations that have not only been sent out to start-ups in their portfolio but have also been publicly released.

The headlines are dramatic and warn of the Armageddon that is about to land on the heads of startups and therefore requires drastic measures. These measures were indeed taken over this weekend by two companies that were not at all among the immediate suspects for streamlining and layoffs. The first, cybersecurity cloud company Lacework, which announced the dismissal of 300 workers who make up 20% of its workforce. At the same time, the fintech company Bolt also announced a massive cutback of 240 of its employees. It’s not all that surprising, in light of the recent wave of layoffs sweeping Silicon Valley, but the identity of the companies is what should set off warning lights among entrepreneurs.

To date, the cybersecurity field has been immune from layoffs that have focused mainly on fintech and e-commerce. Moreover, Lacework's technology is considered one of the most promising in its field. In both its and Bolt's case, it is not a case of a cash shortage that dictates cuts. The CEO of Lacework explained in the company's blog that the decision to part with some of the employees came as part of a structural change and adjustments of plans to the new reality.

Bolt, which is also not expected to run into a cash crisis any time soon, justified the move with similar statements. Both companies have grown greatly in recent years not only in money but also in the manpower that will now pay the price. In Bolt's case this is a particularly painful event for some of the employees as some have taken out loans from the company to convert the options they have matured into shares and now if they stop being company employees, they will be required to repay them within three months.

These are two cash-laden companies that completed their last rounds of fundraising just a few months ago. Lacework raised a whopping $1.3 billion in February 2022 at a value of $8.3 billion before cash. Bolt, which until recently was considered one of the most promising fintechs, received $355 million in the last round of fundraising in January this year at a value of $10.5 billion pre-money. Among the investors were financial giant BlackRock. In total, since their inception, Lacework and Bolt have raised $1.9 billion and $1.3 billion, respectively.

What happened between January and May of 2022? It is true that the public market has collapsed, but if you look at the matter a little more in depth, the public companies are not firing yet, even those that have lowered forecasts and seen their shares fall by 80%. Why does the private market react on the one hand late, but on the other hand in a much more violent way?

The answer lies in one word - fear. But the fear is not of the entrepreneurs who know the product, their customers and their employees, but the fear of venture capitalists about their future and the anger of the investors who have poured tens of billions of dollars into their funds in recent years. Venture capitalists have been strutting around like peacocks in recent years because it seemed like everything they touched turned to gold. In the last three years, the average internal return in the venture capital industry has risen to about 30%, according to current figures. But now everyone remembers that this is a return on paper, and that paper is starting to catch fire. The funds understand that the actual returns will be far from it, while investors (limited partners) already understand that in some funds, especially the younger and bolder ones, the return will be a matter of luck to a large extent and not really a scholarly analysis. This is what explains the panic that is gripping fund managers.

Fintech companies in the crosshairs

The gloomy picture that emerges from the funds' actions is the fear of presenting negative returns and the difficulty of raising new capital for the funds. As a result, the ultimate goal at the moment is to avoid down rounds, as such a move will force them to acknowledge the loss.

Funds also understand that it will be more difficult to attract casual investment entities to another private round, because unlike in the past, the stock market today has become more attractive after the sharp collapse. Therefore, the funds will try to push the companies, especially the unicorns that have already raised at a value of $1 billion and more to survive on the money raised until the IPO market is back in full swing and once it is willing again to absorb companies at a value of billions of dollars. But along the way, the funds could cause real damage to their portfolio companies and also become a self-fulfilling prophecy regarding the labor market in the technology sector and the general economic situation.

So far, this phenomenon has not reached Israel, but it is hard to believe that local companies will remain immune. Those at greatest risk are the Israeli unicorns who have raised from foreign funds at a value of more than $5 billion and are not profitable, similar to Lacework and Bolt. The fintech field is particularly notable as it attracted the most investments last year and recorded the sharpest jump in value levels.

Prior to Bolt, layoffs had already been recorded at trading company Robinhood and also in Swedish company Klarna, a buy now pay later company, which laid off 700 employees earlier this month. Meanwhile, the layoffs in local high-tech are marginal compared to what is happening in the U.S. because although the local ecosystem has also lost proportion in the last two years, it did not reach the magnitude in which it happened in the U.S.

Local funds that were criticized more than once during the good years for being over-conservative and conducting lengthy due diligence processes, didn’t get carried away in funding rounds and by high valuations, so they are a little more relaxed than their American counterparts. Local VCs have held preparatory talks with their entrepreneurs, asking them to prepare plans to survive without raising new capital for 18-24 months, but in most cases these are, at least for now, contingency plans.