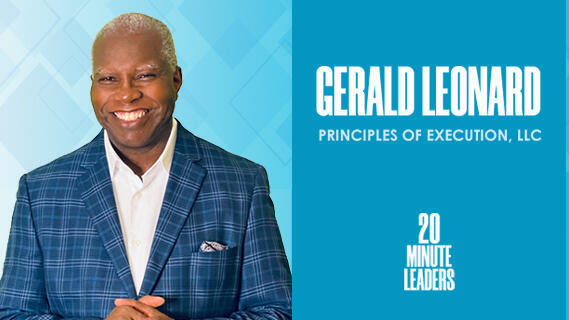 “Music should become a core requirement for any group that really wants to develop its people at the highest level.”

Being a musician of any level helps you develop whole brain integration, says Gerald Leonard, author of Culture is the Bass and Workplace Jazz.

Being a musician of any level helps you develop whole brain integration, says Gerald Leonard, author of Culture is the Bass and Workplace Jazz. That means your left and right brains are both working, which helps you see the big goal as well as the details that go into getting there, he shares. Many great thinkers were also musicians, and Leonard believes that countries and organizations that want to help people reach the highest level should require music education. He has been a musician since he was 10 but found work in the IT and business fields. He saw similarities between the music and business worlds, and he explores those intersections in his two books. Leonard says the logic and structure of music has similarities to software development, and the bond musicians form when playing together can be achieved by business teams working well together too.

Gerald, I see a keyboard behind you. I see the words "culture" and "bass." How do these things even come together in your office?

This is my business office and my music office. I started playing music when I was 10 years old. I grew up in Lakeland, Florida, and around 1974, they created the Lakeland Civic Center. All of the major bands came through. At that time, as a kid, you could mow some lawns and buy a ticket and go see your favorite band. That was an amazing influence on me. I went and did my bachelor's and master's. I studied at Cincinnati Conservatory. I got a chance to play Carnegie Hall in grad school. Then I did some ministry work, had a family, and made a decision. I really didn't want to be on the road, so I was playing locally. That's when I got into IT and business. But I kept playing music because that was what I loved to do. 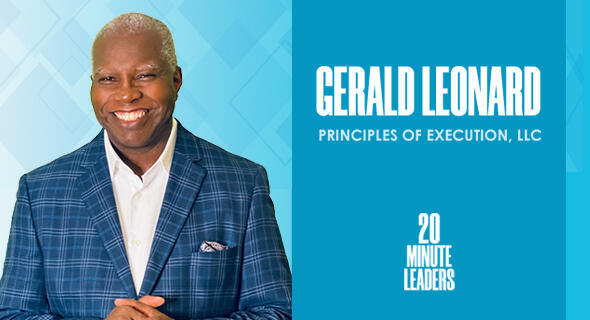 Gerald Leonard, author of ‘Culture is the Bass’ and ‘Workplace Jazz’

I did a lot of business certifications. Later on, as my kids were growing up, they began to get more into music as well. So it brought music full force back into my life in a major way, and I began to see the merger between the two. I started seeing the similarities between a great performance in music and a great project in business. When you get together with other musicians, there's a brotherhood, regardless of where you come from, what language you speak, or what color you are. There is an emotional brotherhood or sisterhood that happens when you get together and play music. I found that business teams where the people who are really good at what they did but were willing to leave their ego at the door and think about the big picture would normally develop the same camaraderie.

You'll find that a lot of software developers are musicians as well. Music develops the mathematical part of the brain, and it also creates something called "whole brain integration." A couple of folks that had that were Winston Churchill and Henry Ford. Henry Ford was also a trained violinist. Winston Churchill was a prolific painter besides being the prime minister of the UK. But both of these gentlemen had to face major challenges in their life, and they needed the ability to think big picture as well as details. What whole brain integration gives you is the ability to use your right brain and your left brain simultaneously. As a musician, when you're either reading music or playing music and you're playing the instrument, you are using your right brain and your left brain. As you train as a musician, you naturally develop whole brain integration. It gives you the ability in life to see the big picture goal while at the same time being very aware and intimately involved in the details.

I've never had somebody come up to me and tell me, "If you want to be a better software engineer, you should continue playing the saxophone." Why is this? What is happening here that is not trivial for a lot of people to conceptualize?

If you look at a lot of current research in neural science, they're beginning to discover the power of music on the brain. I was reading an article the other day about how music influences our working memory, in long-term and short-term memory. You have to keep that song in your working memory as you're playing it. While you're doing that and you're having fun doing it, you're actually developing the neurological pathways for a stronger working memory. It's the same pathways where the majority of your math thinking happens.

It sounds like this is looping back to what you were mentioning before about our ability to both have a detail-oriented mindset but also higher-level understanding of the story that we're telling. Right?

Exactly. Einstein was also a musician. So if you think about it, it's like some of the greatest thinkers in the world have a very strong musical background.

In that case, we should all be learning music.

Exactly. Now, one of my pet peeves with the school system is when they go, "Well, we got to cut back on the budget so let's take out band class.” But if educators understood the neural science and the mental development that happens with music, to me, music would become a core requirement for any country or any organization that really wants to develop its people at the highest level.

With music, you develop whole brain integration within a very short period of time when you begin to play. It doesn't matter whether you are a professional or an amateur, as long as you are practicing and playing and performing, it does develop that.

I think that something that can be very discouraging is how intimidating it is to start out. How can we overcome those barriers so that we can reintroduce music as a core part of how we grow up in this world?

If you think about it, music is a language. Now, obviously you speak English very, very well. Did you grow up intimidated to speak English when your parents and your brother spoke at a much higher level? No. As a child speaking, you have a chance to perform and practice with professionals all day long, so that quickly helped you to grow, even before you knew the theory of what a noun was or what a verb was. Music is the same way. It's almost like the Suzuki method of teaching violin, where you teach the child to play the violin first. I learned to play the guitar and the bass by ear first. Later on, as I began to get better at playing, that's when I started studying and took lessons and studied it in school. We learn from professionals who are encouraging us. They just encourage you to keep talking and keep talking. You listen and you imitate.

With English, first, we learn by ear, we learn by practicing, and then we go and study the theory behind grammar. In software engineering, the best software engineers are the ones that will tell you, "I didn't learn from a textbook. I learned it because I just started playing around with it. Then I was working with somebody who was better and I was getting code reviews"—performing with professionals.

Exactly. I was listening to Satya Nadella who was teaching about leadership in Microsoft, and he expressed that they have a model now called MCC: model, coach, and care. That's what we need from our leaders: someone that can model the behavior, coach us in that behavior, and care about us as a human being.

I'm going to do my research and I'm going to come back in another episode and ask you some more meaningful questions to pick your brain.

I wrote about it a lot in my latest book, Workplace Jazz. Each of those principles are skills that musicians develop, whether it's a positive attitude or the ability to use deliberate practice or the whole idea of whole brain integration. I provide research from peer reviewed organizations, empirical data that shows that these skills actually have a positive impact on us, and they're skills that move the needle for you personally, professionally, and organizationally.