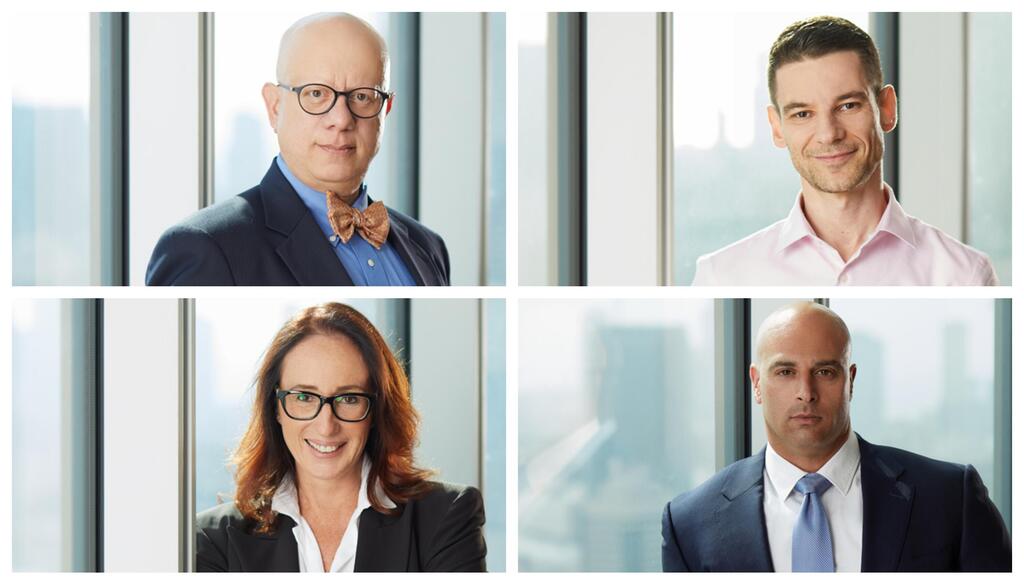 “The most important – and exciting – development has been the emerging ability of Israeli companies to manage internal growth to the point where unicorn valuations are justifiable," explained the tech experts of Israeli law firm Goldfarb Seligman. “Even in the current unstable market, we continue to see deals at valuations well in excess of $1 billion, defying what used to be the common wisdom that Israeli companies were not primed for expansion and would most likely reach exits at more modest valuations.”

Goldfarb Seligman is one of the top Israeli law firms participating in CTech’s Most Important Gateways to Israeli Tech series. The heads of the firm's tech department answered a series of questions asked by CTech about their involvement in the Israeli ecosystem and what makes it so unique.

Tech sectors of expertise: All

Number of lawyers in the tech and VC departments: About 40

Sharon Gazit: We can already see the decline in the number of Israeli SPAC transactions and IPOs both in Nasdaq and in Israel. Companies are recalculating their funding and exit routes, but as it looks now going public is not the likely option. In the short term, I see companies focusing on organic growth, targeting improvement in financial results, and generating profits (not only revenues), thereby getting ready for substantial funding rounds from VCs and corporate VCs. In the marginally longer term, this could be followed by private equity and corporate investments and merger transactions.

Danny Dilbary: The slowdown that we have witnessed in the tech sector will definitely have an effect on fundraising, at least in the next year or so. However, the existing situation does not even resemble the bursting of the dot.com bubble or the 2008 recession, and, if at all, should be put into a perspective of a “market correction” or even a “natural selection”. At the moment we do not see dramatic changes in valuations or in the investment amounts, but rather in the number of rounds, mainly around Series A and B financings where the KPIs have become more aggressive. That being said, we do believe that mature companies in the growth stages will have to be more realistic about valuations and how they may be supported by actual sales, most certainly where such companies consider going public. Fluctuations in fundraisings are nothing new. As an experienced transactional counsel, I have seen the market's ups and downs over the years. As long as the Israeli tech industry will continue to prove itself as innovative and present products with real market fit and value, we should remain optimistic.

What is the most important process Israeli high-tech has experienced over the past two years and where does it leave the industry?

Ashok Chandrasekhar: The most important – and exciting – development has been the emerging ability of Israeli companies to manage internal growth to the point where Unicorn valuations are justifiable. Even in the current unstable market, we continue to see deals at valuations well in excess of $1 billion, defying what used to be the common wisdom that Israeli companies were not primed for expansion and would most likely reach exits at more modest valuations. A second important process is the increasing focus of major private equity players on Israeli deals.

Guy Gordon: The most important process we see is interconnectivity between the Israeli tech companies, which is allowing the ecosystem to accelerate growth, similar, to a degree, to Silicon Valley.

What are the business/cultural/economic differences between Israeli and foreign VC investors?

Chandrasekhar: Having been in this market for more than 25 years, I am actually very pleased to report that the differences have grown smaller and smaller, to the point where they are really details around the edges of a large picture. First-time foreign investors sometimes find the way that negotiations are conducted here can be a bit off-putting, but as the lawyers bringing these deals together, we work hard to bridge those occasional misunderstandings.

Gazit: Naturally Israeli VC investors are more familiar with the Israeli legal and regulatory regime, and therefore feel more comfortable overcoming any difficulties related thereto. That being said, some of the foreign VCs have made many investments in Israeli companies and are very experienced with the unique features of the Israeli high-tech field. We have seen some of the foreign VCs make very quick investment decisions and very efficient investment negotiations with promising companies. Those who are less experienced would dig deeper in due diligence and get into more details, to better understand the entire picture. In terms of numbers, the foreign investments are significantly higher.

Gordon: The Israeli institutional investors have become increasingly active in the past 24 months in the tech sector. Some of them have been cultivating VCs’ arms for years, and others received a huge boost through the Section 43 government incentives (by which the government covers 50% of the loss of investments in portfolio companies that meet the criteria). The standard MO of the institutional investors was to first invest as limited partners in VC funds. They then moved to co-investments alongside other VCs, and in the past two years, we are seeing them as lead investors in many transactions.

Are there any sub-sectors that seem riskier to you (saturation in cybersecurity, metaverse not mature enough, ICOs, etc)?

Gordon: There always was, and perhaps will be, a question of oversaturation in the cybersecurity market with some claiming that there actually aren’t enough cybersecurity companies. The metaverse is still in very early stages but gaining a lot of traction. The jury is still out on cryptocurrency. Tech companies related to the automotive industry have taken several steps back as it seems that it will take more time to develop and produce reliable solutions.

Dilbary: From our experience, generally speaking, there are three crucial stages of a deal, whether an investment transaction or an acquisition.

The first stage is the “prep-stage”, where the company needs to define objectives and expectations regarding key factors, such as the profile of the investor/acquirer, expected deal size and valuation (with ranges), as well as deal structure and investment composition. This stage also requires alignment with existing investors and key management team members. Another key aspect of this phase is setting up the infrastructure of the deal process – data collection, responsibilities allocation, and data flow mechanisms.

The second phase is the “negotiations phase” which should be substantially based on the boundaries agreed upon during the first phase. The better the company will define its boundaries and objectives, the smoother the negotiations will be conducted. During this critical stage, the company should also be well aware of the motivations, sensitivities, and boundaries of the investor/acquirer.

The third crucial step, which is often disregarded, is the “post-closing phase”. Companies should be well aware and prepared for this stage and conduct a thorough expectations coordination process with the investor/ acquirer to eliminate any unnecessary future friction.