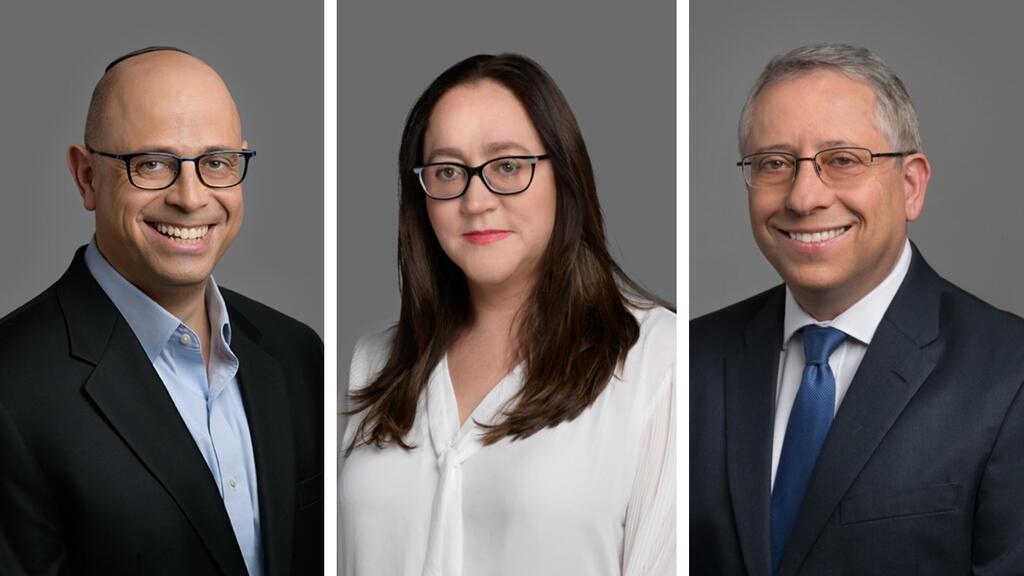 “From a legal standpoint, the first crucial step in an investment transaction is the preparation of the Term Sheet,” explain the tech experts of Israeli law firm Gornitzky GNY. “Although not a binding commitment of the investor, if it is sufficiently detailed and negotiated carefully, it would serve to avoid extensive discussions and difficult impasses at the later stages of the transaction.”

Gornitzky GNY is one of the top Israeli law firms participating in CTech’s Most Important Gateways to Israeli Tech series. The heads of the firm's tech department answered a series of questions asked by CTech about their involvement in the Israeli ecosystem and the importance of legal matters. “The second crucial stage is the Due Diligence process, where the investor closely examines the Company’s legal affairs. This would shed a light on the quality of the Company’s legal practices to date. Experienced counsel would increase the likelihood that the Company would pass this examination successfully.”

Number of lawyers in the tech and VC departments: 33

Head of the department: Shlomo Landress

As part of our extended relationship with our clients, we can mention several deals during these past years:

There is indeed a certain sense of “party-over” following the steep declines in the tech-stock prices on Nasdaq, compounded by the expectation of future increases in interest rates.

SPACs that raised money in 2021 are running out of time to find suitable merger targets. However prime targets that can afford to wait may not be interested in entering the public markets at this time. Also, SPACs may now be looking for valuations lower than those that the targets are willing to accept. As a result, I expect that quite a few SPACs would be forced to return the money to their investors and it is very questionable whether this money will rush back into technology investments in the short or medium term. On another front – I expect to see an increase in M&A activity as technology companies and Private Equity funds identify opportunities where they can buy interesting tech companies that up till now carried a prohibitive price tag.

Geo-political conditions, Nasdaq weakness, and increasing interest rates already put pressure on the prices of the technology companies. While there are funds with substantial “dry-powder” to be deployed, I expect that they will be more selective and conservative on valuations. In turn, companies may increasingly prefer SAFE investments, which do not set a valuation upon investment but rather postpone this to the next round, with the hope that the current downtrend will reverse.

What is the most important process Israeli high-tech has experienced over the past two years and where does it leave the industry?

I believe that one of the most important processes is the long-awaited plunge of the Israeli institutional investors into Israeli technology investments. Until recently, Israeli institutional investors have shied away from investments in Israeli startups. As a result, the participation of the Israeli public in the major existing transaction of these ventures was very limited if at all. This shift of gains from Israeli technology to foreign investors has been a long-standing sore point. The Tel Aviv Stock Exchange, the Israeli Securities Authority, and the Government have taken various steps to stimulate the participation of the institutional investors in early-stage technology investments, and these steps (e.g. the IIA’s “benefit route 43”, TASE UP, etc.) and this efforts seem to have finally succeeded.

We believe this is now a misconception. Our firm represents many Israeli institutional investors in investments in high-tech, both indirectly (through investments in VC funds) and directly (as co-investors with VC funds or as independent investors) and we expect this trend to increase. As noted, the IIA’s “benefit route 43” is a good example of an effective incentive in this context.

What is the most important thing an entrepreneur should focus on when selecting a law firm?

Generally, choose a firm that can clearly address all of the venture’s legal needs – from inception to the sought-after exit. This means expertise not only in corporate law and investments but also in labor law, taxation, regulation, privacy, anti-trust, IP, M&A, public offerings in Israel and abroad, etc. Such breadth of coverage reduces the risk of early-on mistakes and increases the venture’s prospects.

Specifically, choose a professional who aside from legal support has the business savvy and experience to serve as your trusted advisor and help you navigate through the many conflicting interests and different types of crises you will surely come across.

Basic mistakes made by entrepreneurs.

What are the most important parameters for a law firm when deciding to represent an entrepreneur in a deal, and what would be a reason to turn down an entrepreneur?

Early-stage ventures would not have a product yet, so obviously we can’t expect to see paying customers.

For such ventures, we focus on the entrepreneur’s commitment to the venture, apparent technical and business abilities (either by him/herself or together with the team), past experience (especially in previous ventures), and our sense of the value of the proposed solution and its attractiveness to investors.

From a legal standpoint, the first crucial step in an investment transaction is the preparation of the Term Sheet. Although not a binding commitment of the investor, if it is sufficiently detailed and negotiated carefully, it would serve to avoid extensive discussions and difficult impasses at the later stages of the transaction.

The second crucial stage is the Due Diligence process, where the investor closely examines the Company’s legal affairs. This would shed a light on the quality of the Company’s legal practices to date. Experienced counsel would increase the likelihood that the Company would pass this examination successfully.