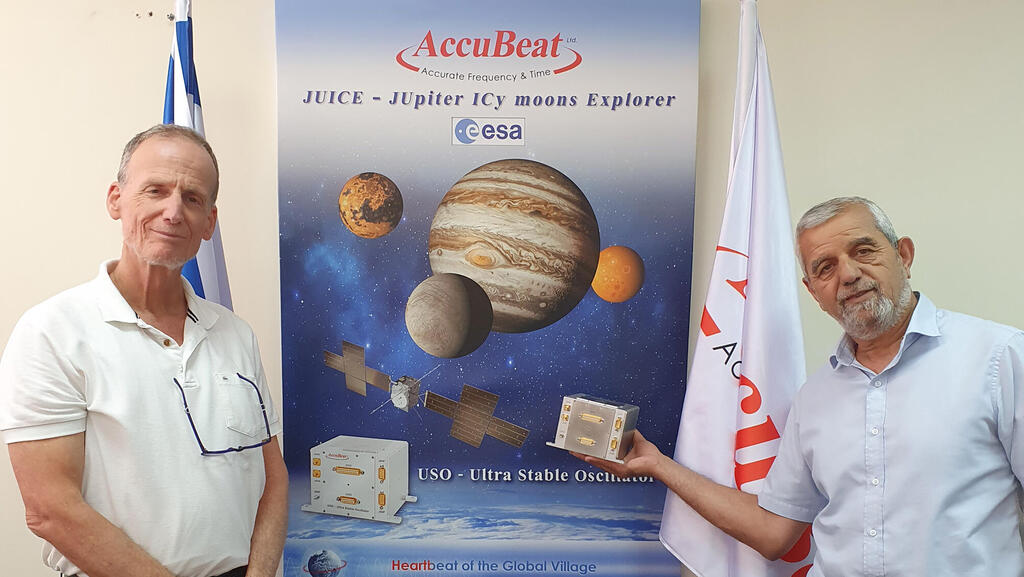 The company’s Ultra Stable Oscillator will be active in deep space for 15 years, while its atomic clocks are used for a variety of military applications - from intelligence gathering to missile detection. “Our miniature clocks are the best in their class,” says co-founder and CEO

Fifteen years into the future, AccuBeat plans on its Ultra-Stable-Oscillator (USO) still functioning as it floats through deep space. And while telling time in space is anything but simple, it’s precisely what the space tech company is focused on. The Jerusalem-based company builds tiny precise clocks for deep space missions and several defense applications, including for radar, intelligence gathering, and missile detection. While its Earth-based atomic clocks have an accuracy in the nanosecond range, its space-destined USOs are exact to 10 to the power of minus 14th of a second, and are proving to be the best of their kind in the Universe.

“Our compact atomic clocks are very accurate and stable, and operate to the precision of 50 nanoseconds per hour, or 50 parts of a billion. It’s a million times more accurate than our watches. These types of clocks are for military, cyber, and homeland security applications,” AccuBeat co-founder CEO Benny Levy told CTech in an interview. The company was founded back in 1994 by Dr. Avinoam Stern and Levy, and started off as “a garage operation,” Levy says. And then one day, the U.S. Air Force wanted to purchase the company’s atomic clocks for undisclosed defense projects, and the rest is history. The company later relocated to the Har-Hotzvim Hi-Tech Park in Jerusalem. Now, AccuBeat has been supplying the U.S. Air Force with its atomic clocks for 20 years, and also outfits Israeli Air Force jets and Israeli Navy submarines as well as UAVs. 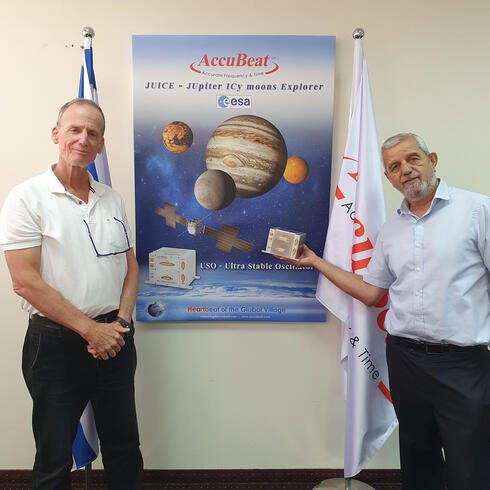 There are several defense applications for atomic clocks, Levy relayed. The first involves secure communication, and is used so that enemies cannot pick up a conversation. Radio networks often jump from one frequency to another in a second, so that enemies cannot jam or breach the secure network. But providing secure transmission demands highly-accurate clock synchronization. And this can be used for aircraft who want to communicate with missiles or a combat center. Another application is communication intelligence, where soldiers can listen in on enemy conversations 200 km away, and detect where they are located. “If the clock is very accurate - down to 3.3. nanoseconds, let’s say, then we can triangulate enemy communication up to the accuracy of a single meter,” Levy said.

In electronic intelligence use, soldiers can detect where an enemy is hiding a missile. To avoid destruction by fighter aircraft, enemy combatants will protect their missiles and conceal their location by placing a small radar device to detect oncoming aircraft. The atomic clock can detect the radars, which transmit some information over radio waves by detecting all signals emitted, and triangulating enemy radar. That application saves air forces from deploying multiple bombers, and can locate enemy missiles with a single plane, he explained.

Another application is for radio navigation. GPS systems also contain an atomic clock in their ground segments which transmits a signal to the satellite to synchronize the exact time. This helps GPS systems know exactly where a person is located and at exactly what time. However, in the age of hacking, these can also be jammed or “spoofed,” he said, which causes them to release a fake signal, with a fake location and a fake time. Such a cyberattack could alter the course of an airplane and change the location, causing a pilot to veer off course and get lost, or ships at sea. The AccuBeat atomic clock however, can see through the “spoofing,” and project the correct time. It can also be used for multistep radar solutions, to detect how many aircraft are approaching.

And lastly when it comes to homeland security issues, the clocks can be used to protect critical infrastructure, such as financial systems and power grids. “When someone buys shares in a company, they don’t get the same rate so an atomic clock can detect the exact time that a person bought or sold shares and at what rate. They can also be used by banks who can spot the exact time a transaction was carried out. Since these processes are all being automated by machines, they need atomic clocks to finetune how they conduct millions of operations per second, he added.

And AccuBeat also has plans to head to the stars. It is participating - alongside Weizmann Institute of Science’s Dr. Yohai Kaspi and Dr. Eli Galanti and sponsored by the Israeli Space Agency (ISA) - in building the Ultra Stable Oscillator for the European Space Agency’s JUICE mission to Jupiter’s icy moons. The scientists aim to detect whether life can be found underneath the icy surface of Jupiter’s moons - Europa, Ganymede, Callisto.

“We’re asking whether we are alone in the Universe? Is there another habitat suitable for sustaining life?” Levy asked. The mission is far from simple and involves sending a spacecraft some 900 million km into deep space, which will take seven and a half years to reach Jupiter and its moons. “That’s six times more than the distance between Earth and the Sun,” Levy added. “The clock we built needs to function properly for 15 years, and we need to ensure that it’s highly-accurate, stable, and that nothing goes wrong.” 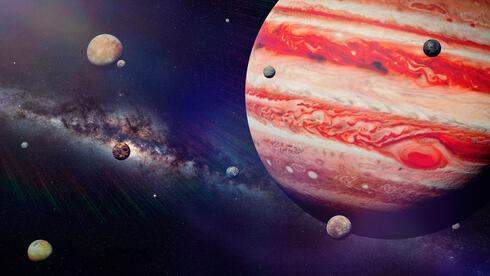 The JUICE mission will study Jupiter and its moons.

The clock is currently being installed on the JUICE spacecraft and will be launched in April 2023. Once it reaches the moons, it will transmit a signal back to Earth. Scientists will measure how long it took to transmit that signal through Jupiter’s atmosphere. By decoding how long that signal takes to pass through, scientists will be able to measure and decipher the chemical signature of Jupiter’s atmosphere.

But that’s a long time to wait, Levy surmises. Only in 2030, will the group begin to process the research results. If that doesn’t seem far-fetched enough, NASA has other missions in the works that may also require AccuBeat’s clocks, some of which appear to sound even more like science fiction than reality. For example, the agency plans to land a spacecraft on the surface of those moons, and send a nuclear missile to drill a small hole into the ice and penetrate the surface. That missile plans to then deploy a tiny unmanned submarine to explore the liquid surroundings, searching for alien life.

The company also has its atomic clocks installed in ESA’s Galileo global navigation satellite system, and numerous others in various locations around the world. “We have more than 100 clocks all over the world, from Hawaii, to China and the Far East,” Levy added.

Looking to the future

Several large Israeli defense companies have tried to acquire AccuBeat before Rafael Advanced Defense Systems eventually acquired 50% of the company’s shares. And due to security constraints, Levy cannot elaborate on the multiple defense projects that AccuBeat’s clocks are involved in, with the exception of Israel’s renowned Iron Dome Missile Defense System. In addition, AccuBeat’s anti-spoofing technology is currently in the works to better protect ships at sea against hacking. To that effect, the company is also considering opening a spinoff termed KadaBeat.

AccuBeat is located in Jerusalem, employs 62 people, and plans to expand over the following year by hiring more ultra-Orthodox employees who live in the area and are looking for a career in tech. “They’re very brilliant - both at Talmud and when it comes to software, and we’ll be glad to have more onboard,” Levy said.

As for what makes the Israeli space tech ecosystem so unique, Levy thinks it has something to do with the fact that Israelis are adept at spotting a need in the market and creating unique technology to fit that need. “When we started building our clocks, the market was very small but has grown. I also think that we’re very good at developing deep tech for deep space missions. Those space missions need the best clock in the world. And I think that our uniqueness lies in how we innovate high quality tech at lower costs.”