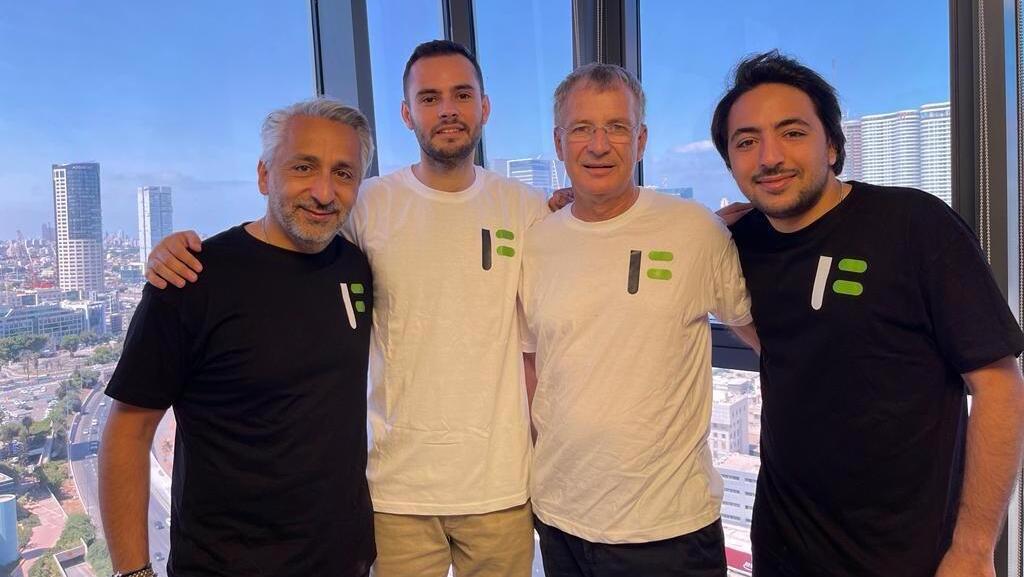 The company has raised $2.5 million to challenge historical data still used by organizations

“The last decade was focused on building ‘the data stack’ of companies through the combination of AI and Data,” explained the co-founders of Fairgen. “The next decade will be about building the ‘ethics stack’ that companies will use to monitor and mitigate their biases.”

Fairgen was founded by Samuel Cohen to tackle the inherent biases found in AI algorithms. By applying their technology to organizations that handle the hiring process, loan applications, or insurance, the company believes it can alleviate these prejudices.

“By using fair datasets validated by an external provider like Fairgen, our clients will enhance their reputation,” the company continued. “Fairness is a must not only in the physical world but even more so in the digital world.”

Fairgen joined CTech as part of its Startup Boarding Pass series to share how it has raised $2.5 million to take on AI bias.

Fairgen develops a groundbreaking solution tackling the algorithmic bias associated with an increasing use of AI. Its software meets the fast-increasing needs for fairness in many industries, from banking and insurance to recruitment, polling, and more.

Samuel Cohen has a BSc from Imperial College where he won the Winton Capital Prize and an MSc from Oxford University he obtained with a Distinction and the St Peter’s Prize. He then went to do a Ph.D. in Machine Learning at UCL where he got the idea for Fairgen. He previously worked at Oracle, Checkpoint, and Facebook AI. Samuel is an expert in generative modeling and notably published papers at the ICML or AISTATS conferences.

Nathan Cavaglione completed a First-Class Honours Bachelor & Masters in Electronic & Electrical Engineering at Imperial College with a thesis in AI learning and the Maurice Hancock Scholarship. After working at Intel, Nathan led the algorithmic development of Datagen's products from day one to post-Series A (synthetic data market leader). He then applied his knowledge to disrupt the world of Ethical AI through Fairgen. Nathan is a lecturer at the Israel Machine Vision Conference and the Israel Tech Challenge.

How was the idea born?

Fairgen was founded in early 2021 by Samuel Cohen to fill the gaps in digital fairness that he identified during his Ph.D. in AI.

What is the need for the product?

Fairgen develops a groundbreaking solution tackling the algorithmic bias associated with an increasing use of AI. Historical data is currently being used by many organizations to train AI-based decision models. Such historical data is inevitably biased because it was collected in a biased society where discriminations exist. Hence, many AI models today are biased as they routinely replicate the patterns seen in their training data. This leads to a vicious circle where the use of AI augments discrimination at scale.

Fairgen targets this long-standing problem through an AI-powered technology, synthetic data generation, that can remove demographic biases from datasets. Its software meets the fast-increasing needs for fairness in many industries, from banking and insurance to recruitment, polling, and more.

How is it changing the market?

The last decade was focused on building “the data stack” of companies through the combination of AI and Data. The next decade will be about building the “ethics stack” that companies will use to monitor and mitigate their biases. By using fair datasets validated by an external provider like Fairgen, our clients will enhance their reputation. Fairness is a must not only in the physical world but even more so in the digital world.

How big is the market for the product and who are its main customers?

We started with three industries where autonomous agents make decisions based on sensitive human data:

Does the product exist already? If not - at what stage is it and when is it expected to hit the market?

Who are the main competitors in this sector and how big are they?

There are three types of competitors:

What is the added value that the founders bring to the company and the product?

Samuel Cohen and Michael Arbel (AI Advisor) bring state-of-the-art knowledge in generative modeling from their years in academia. The company is chaired by angel investor Benny Schnaider, a serial high-tech entrepreneur who founded Qumranet, PentaCom, P-Cube, and Ravello Systems. Fairgen also benefits from the expertise of co-founder and CTO Nathan Cavaglione, a former Synthetic Data Engineer who built and scaled similar products, and from the commercial acumen of co-founder and VP Sales Michael Cohen.

What will the money coming in from the round be used for?

The funds will be exclusively used to hire the R&D team that will extend the platform’s possibilities.

In the "Startup Boarding Pass" section, CTech will cover the (relatively) small investments made in companies during the early stages of their existence - and the entrepreneurs and startups who have not yet had the opportunity to reveal their stories to the world. Please use the linked form and fill it out according to the guidelines. This form is intended for startups raising between $500,000 and $3 million from venture capital funds, angels, or official grants from Israeli and foreign institutions. If relevant, someone at CTech will be in touch for follow-up questions.