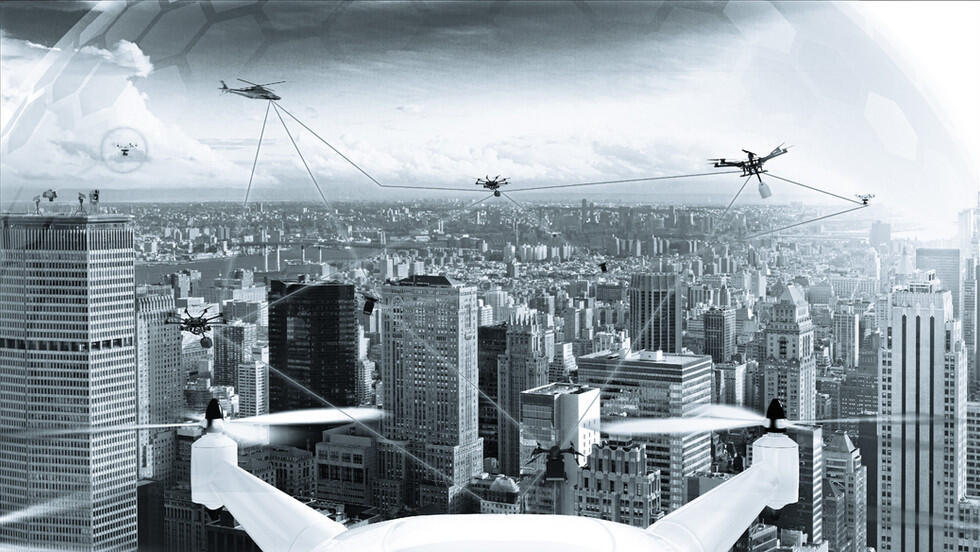 Welcome to the Age of the Drone

As drone fleets take to the skies, a unique Israeli innovation company is set to revolutionize the industry’s traffic control system.

Today, an increasing number of industries are finding new ways to use drone for improving the efficiency of their delivery services and operations and maximizing worker safety. Drones are used every day in multiple fields, including military search and rescue, delivery, construction, and many other sectors.

There is an increased need for entire fleets of drones to be able to work in unison and communicate with one another. It is likely, that in the near future, the lower airspace of major cities will be filled with drone fleets.

The market for drones and drone technology is growing at a steady pace. And the demand is rising. The question is, how can we monitor these fleets to ensure safe operation? After all, the lower airspace over an urban environment is not easy to manage. 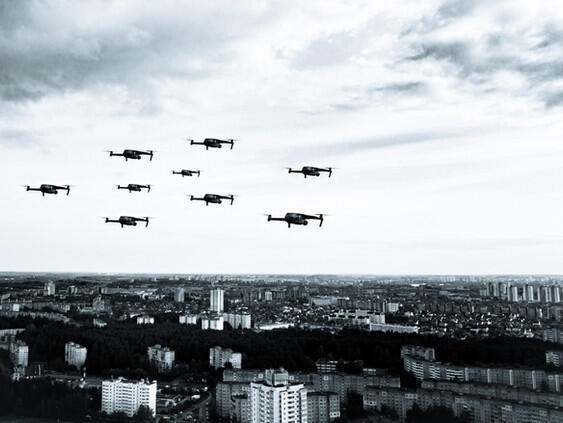 Airwayz the drone traffic control technology of the future.

It is unrealistic to use a manned control tower (as used in civil aviation) to manage tens of thousands of short drone flights every day. The only way for drones to maximize their potential is to implement an autonomous system to perform the same job as an air traffic control team, but for multiple flights, and with a much faster response time.

The Israeli based start-up Airwayz Drones identified this need and created software to manage and control a fleet of autonomous drones from multiple companies using different technologies. The company was founded by IDF veterans Eyal Zor, Yair Yosef, and Shai Kurianski who all possess extensive experience in the Israeli Airforce.

The Airwayz’ Dynamic Unmanned Traffic Management System (UTMS), can make autonomous decisions, such as flight validation and approval. If the system does not approve a flight path, it can suggest a new route. All of this occurs within five seconds. Additionally, it tracks all drones and manned aircrafts. It can avoid risks, and even reroute flights while the drone is already airborne. The system makes all decisions autonomously.

“The vision is to turn cities and towns into drone friendly environments where every drone operator, either private or government related companies, can add their own innovative service of delivery, Air Taxi, Policing, security, HLS, firefighting and more, without worrying about long approval cycles for every flight nor granting expensive airspace to a single operator”, explains Eyal Zor, one of the founders of Airwayz. “The system utilizes the airspace to its maximum capacity without compromising safety. As soon as Airwayz Dynamic UTM identifies a potential risk, it informs the parties involved and informs the party that needs to act, advises which action to take to avoid risk of collision and that party in turn, will be responsible for taking the action”.

Currently, with more commercial needs for drones, the UTMS that already exist will be incapable of efficiently controlling the larger number of drones that will soon be flooding the skies in different environments. Airwayz’s AI-based UTMS and its innovative technological capabilities, will be capable of controlling large drone fleets with precision.

Drones take to the skies

The Airwayz system utilizes airborne units and Central Cloud-Tech to perform computational tasks simultaneously and in synchronization between two computing points. Additionally, to safely operate the maximum capacity of drones in a given airspace, Airwayz developed innovative UTM AI algorithms. These include high resolution prediction of airspace aerial landscape, AI methods to narrow path calculation accuracy, the ability to calculate costs and risks, prioritizing airspace routes, and analysing live data from multiple drones and connected sensors to improve overall performance. All of these assets will create a more efficient and optimal commercial drone network.

“Airwayz is indeed a game changer in our opinion”, remarked InvestiNation CEO Mr. Eliezer Gross. “We are proud to have Airwayz as a part of our investment portfolio. Airwayz technology is predicted to change the future of how many industries currently operate, increasing their efficiency and allowing for increased sustainability and success. Their technology is a world first and their two-year testing period, which began in March 2021, is already proving to be very successful. The outlook of the company and its revolutionary software is extremely promising”.

To learn more about this exciting investment opportunity click here >>