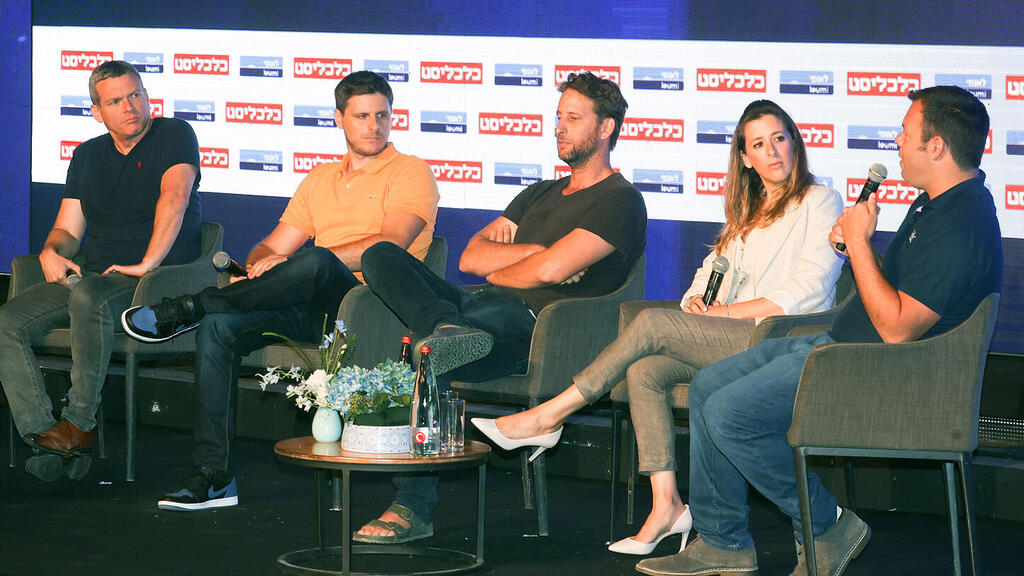 Nadav Zafrir, co-founder and Managing Partner of Team8, was speaking in a panel with Or Offer, CEO of Similarweb, Aya Peterburg, Managing Partner at S Capital, Tom Livne, CEO and founder of Verbit, and Or Lenchner, CEO of Bright Data

Senior figures in the Israeli high-tech industry sat down for a conversation with Calcalist reporter Meir Orbach as part of the National Economic Conference organized by Calcalist and Bank Leumi, to answer the question: Is Israel's high-tech locomotive about to come to a grinding halt? The panel included: Co-founder and Managing Partner of Team8, Nadav Zafrir, CEO of Bright Data Or Lenchner, CEO of Similarweb Or Offer, founder and Managing Partner of S Capital, Aya Peterburg, and Tom Livne, CEO and founder of Verbit. 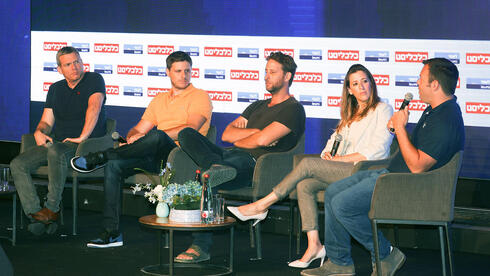 Aya, do you think we will see more capital raising or more layoffs in the near future?

"We will definitely see more layoffs. We saw a lot of layoffs in the last six months. In the last two months about 600 workers have been laid off. The first circle of workers, who are at the core of the business and deal with the company's technology: like programmers, they will find new jobs easily. The second and third circles, those who do not deal with the company's technology, are the ones who will be fired in the future and it will be difficult for them to find work."

Tom, you've been through a pretty significant shock in the last few days. Can you elaborate a bit?

"I would not say shock. Five years ago I did not think about profitability at all and in the last few months I talked to analysts on Wall Street and they told me how they think about companies and what interests them. They told me that if companies can not generate cash flow from their operations, then in our model we do not know how to price it. I heard it and since then it keeps resonating. Within 18 months we had increased our workforce fivefold. There is no way you grow so fast without making a mistake. Part of developing and maturing is realizing that we didn’t do performance quality control. Part of the understanding is that for a company to be a successful public company it must also generate profitability and not just grow. As part of the process, we also let workers go."

Or Offer, your company successfully issued at a valuation of $1.8 billion in 2021, took off and came back to earth in 2022, dropping to a valuation of $700 million. Are you anticipating shock waves in the workforce of the company and in the company in general in the near future?

"I think all growth-oriented companies are adapting to make themselves profitable faster. When we went public, we were up 40% and the overall sentiment was 'look at growth.' The trend was: ‘Let's take over the market’. Because of the changes in the market and the current situation you realize that it is not profitable and not worthwhile, because although it is possible to continue growing you are not rewarded accordingly by the capital market. All the resources we would have invested would have lowered our valuation. It forced us to change strategies again. It also affects HR and changes the strategy for the coming year. Now we have to recruit for next year and it looks completely different - we will not grow in the same way, it will be very different from what we have seen so far."

Nadav, will the high-tech industry take the country down or will it take it up?

“In the coming years, Israeli high-tech is in a situation that is better than ever and it will take the market upwards. Looking back, the last 20 years were years of globalization and great growth that has caused some of us, both entrepreneurs and investors, to get confused. The problem is in companies that are in the middle. That is, people who have been confused by the music that has reached full volume in the last two years and have raised funds according to insane valuations. They are addicted to the point that the only thing that interests them is the top line and now they are in trouble. If we are at the end of 20 years of globalization and we are in a state of de-globalization and perhaps a recession, these companies are being challenged because in the next two or three years they will have to justify the valuations, which will cause them to let go of workers, among other things. At the value level, entrepreneurs started getting rich even before they really started, when it should be remembered that the money that comes from venture capital funds is money from people who have saved for retirement.

“At the macro level, Israel is at the best turning point it could be in. If we look at the next 5-10 years, we will become a 'Transformation Nation.' We are at the beginning of a period of transformation in which areas of life are beginning to coalesce and are affected by big data, artificial intelligence and cyber, and all of these things have a solid foundation in the State of Israel. All of these things can take the State of Israel to the top."

Or Lenchner, the previous speakers talked about a fantasy of making a profit and you are a high-tech company that makes a profit. To what extent can high-tech companies also be profitable?

"From the moment the company was founded in 2014 we have been profitable. We have managed to grow as if we are not profitable - we have passed $100 million in annual revenue and every year we generate several tens of millions of dollars of profit. It is very difficult. It’s a matter of mindset that you have from the start which is hard to change afterwards. It means for example that we are situated outside Tel Aviv from day one and we only have 400 employees even though we could easily have 1,000. This allows me to grow in all departments. There is macro data that we do not control, but it is mainly a decision that this is how we start at the expense of great growth in the beginning."