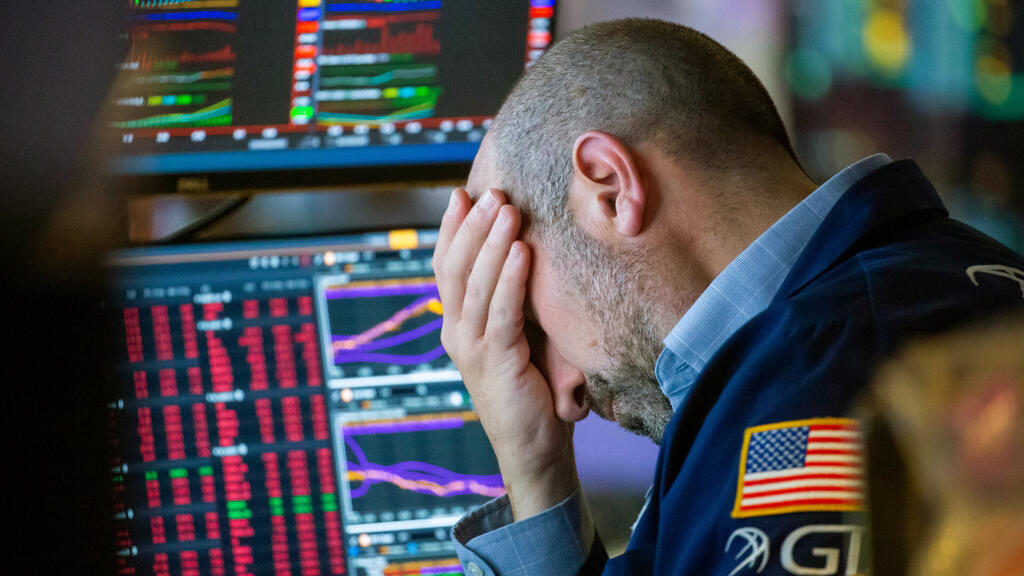 The American investment fund outlined the depth of the crisis in a presentation prepared for its investors. Coatue cites Lemonade as an example of a "broken business model" and is expecting further drops, but recommends Tesla and Nvidia as good buys

Any notion that markets have already hit rock bottom and that Wall Street is set to soon rebound have been dispelled by a secret presentation by the American investment fund Coatue seen by Calcalist. According to Coatue analysts, we are in fact only in the middle of the negative move.

Coatue’s experts clearly outline the domino effect which is far from over, as the falls have meanwhile barely trickled out of the high-tech sector and companies' forecasts for their business performance have yet to adjust to the new macroeconomic situation. In about a week, the financial reporting season of public companies will begin, which may include quite a few forecasts of declines, following the first buds of the trend in the previous quarter with companies like Netflix.

Coatue compares the current situation with the dynamics of the bear market after the dot-com bubble burst in 2000 and shows that in the first phase of the crisis that lasted between March and July 2000, there were sharp declines in "low-quality" technology stocks, as the fund calls the high-tech companies registering losses. The second phase was from July 2000 and for almost a year, when the air went out of shares of the big and good technology companies. And only then, in the third phase, was it the turn of all public companies, from the financial sector to the pharma sector, to fall. This phase was the longest of all and ended only towards the end of 2002. Therefore, if the current situation unfolds in a similar fashion to 2000, then the current bear market could last close to two years.

According to Coatue, we are now after the first stages of the fall of low-quality tech stocks and adjusting multiplier levels and in the midst of the air being let out from the big tech companies. We have two more negative steps ahead of us - the lowering of forecasts and the capitulation of the non-technological sectors to the negative trend.

The fund believes that forecasts being made by companies are still too optimistic and reflect a reality that no longer exists, based on an index of projected aggregate profit of all companies in relation to the U.S. gross domestic product. This index is still at a peak of ten years, i.e. too high.

How do you differentiate between high-quality high-tech companies and the lower-quality ones? In Coatue, they bring an example that will not be pleasant to the Israeli ear and choose Israeli insurtech company Lemonade as an illustration of companies of "low quality and losses". "Do not compare companies like Robinhood and Lemonade to companies like PayPal and Block. Although they have all fallen more than 70% since the beginning of the year, the first two are companies with a broken business model that can not support any valuation, while the last two are growing and profitable companies," Coatue’s presentation reads.

The fund points out that Lemonade sells insurance policies at a loss and also fails to retain its customers. Robinhood, the popular securities trading platform, is also deep in losses, and even worse, its revenues have also fallen sharply as has the user base. In contrast, the number of PayPal users is only increasing and its profit margin is also high.

Why should we listen to the fund’s experts? Well, Coatue is a hedge fund established in 1999 and today manages more than $70 billion in investments, primarily in technology and communications. The fund maintains a very low media profile, but over the years it has made a number of very interesting investments, from Spotify and DoorDash to Snapchat.

In Israel, Coatue has invested in all the biggest unicorns in recent years - there is hardly ever a huge round without their participation. Its list of holdings includes cyber companies Snyk and Cato Networks, crypto companies Fireblocks and StarkWare, local fintech giants Rapyd and Melio, as well as enterprise software companies Gong and Deel.

With the exception of Cato, all of the aforementioned funding rounds were done at company valuations of more than $5 billion. Beyond its activity, Coatue is interesting because it is what is called a Crossover fund, meaning one that invests in both public and private companies. As it operates in both parts of the market, it dramatically cut its volume of investments in private high-tech companies in the second quarter of this year, and these amounted to participation in only 16 rounds compared to 56 rounds in the last quarter of 2021.

A Crossover fund must maintain a balance between the value of its public portfolio and the private portfolio, so with the fall in shares, it was forced to reduce activity in private fundraising as well. Coatue, which operates in a profile similar to that of Tiger Global, has suffered a severe blow in terms of returns, but not as dramatic as Tiger’s. Since the beginning of the year, the fund has recorded a negative return of 17% (as of the end of May, according to the presentation) while Tiger Global saw half of the fund's value get wiped out.

Since the fund operates in both the public and private markets, it is interesting to see its surprisingly pessimistic predictions regarding the volume of venture capital fund investments. If last year these investments reached a historic high of about $700 billion and in each of the years 2018-2020 amounted to between $350 and $400 billion, then this year and next year Coatue is expecting a sharp drop. In this context, too, Coatue expects that the behavior of the market will be similar to that of the crisis of 2000-2001, i.e. an 80% fall in the activity of venture capital funds.

This forecast is in contradiction to most analysts and institutional bodies who have publicly stated that the fall this time will be less deep. Thus, Coatue expects that venture capital investments will fall below the 2018 threshold of $300 billion this year and next year will even shrink to less than $200 billion.

If we're just in the middle of an avalanche what do we do? The Coatue experts are analyzing the three scenarios that have recently made headlines and they are - a quick V-shaped recovery that everyone dreams of after already experiencing its wonders in mid-2020 in the midst of the pandemic, and alternatively, the two more likely scenarios of a soft landing or a hard landing of the U.S. economy, and consequently the global economy as well.

According to Coatue’s analysts, the scenario of rapid recovery is unlikely this time around because even in 2020 it was based on non-sustainable factors such as huge capital flows from central banks on the one hand and accelerated adoption of technologies due to lockdowns on the other. Hence the future is set to feature one of two scenarios - a soft landing or a hard landing, with Coatue estimating it will be the latter, i.e. a recession. This is because the Fed is likely to exaggerate as it has in the past during interest rate hikes that will stifle the economy, as well as due to the fact that geopolitical risks, most notably the war in Ukraine, are still prominent and overcoming inflation as high as it is today is not possible without a recession.

What does this mean for the stock market? In Coatue’s positive scenario, the market has almost finished declining and has only about 5% left to drop, but if we go into a recession then there is another potential for a fall of 40% from the current level. Still, at Coatue, as in all investment bodies, they do not think that the sky has fallen and therefore their shopping portfolio is already being prepared. What will go in there? The most immediate recommendations are shares of Tesla and Nvidia in the field of technology. Beyond that, they will focus on companies that are growing fast while maintaining profitability, but will not shy away from companies that are losing today. "Some of the technology companies that are losing now will become very profitable tomorrow," Coatue writes, "one only needs to find them according to the unit's economy and identify good pairs of CEOs and CFOs."