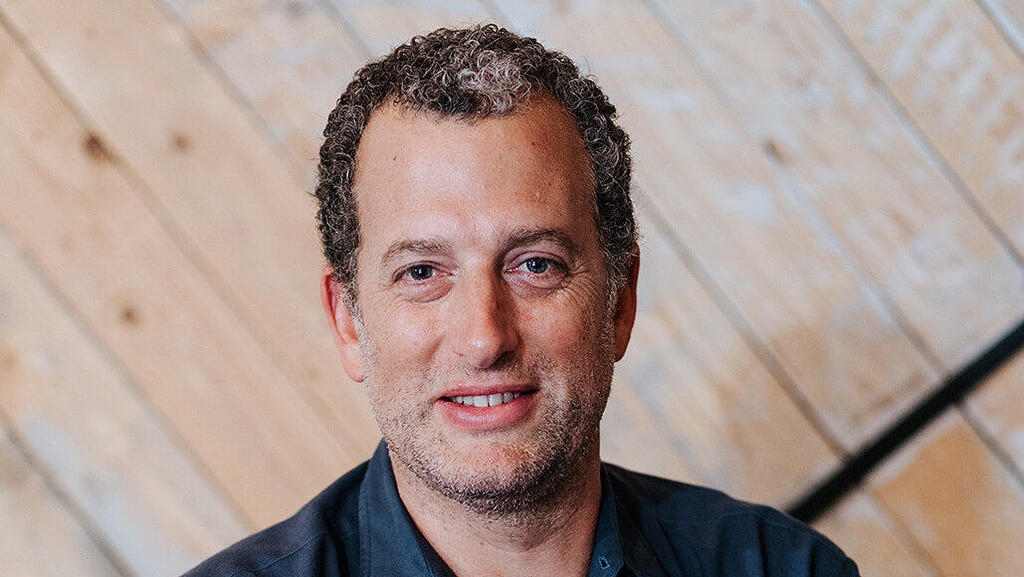 "Almost all Israel's cyber giants will lay off employees this summer"

Yoav Leitersdorf, Managing Partner at YL Ventures, the world's largest cybersecurity-dedicated fund, predicts that the decline in inflated values will affect the entire industry, but will not end the boom: "Demand is still high. Those who sell hype and air are the main ones who will be hurt"

Yoav Leitersdorf (46) is the Managing Partner of the YL Ventures fund, (named after himself) which specializes in cybersecurity investments. Two months ago the fund completed a $400 million fundraiser for its fifth fund, and it currently manages $800 million in total, making it the largest dedicated fund in the cyber field. Over the years, it has also become one of the best funds in the world in terms of early-stage investor returns. In the last five years, investors in the $75 million third fund have received a net return of more than five times their investment, ranking the fund in the top decile in the U.S. Most of its competitors, which came later, are unsurprisingly in Israel: from Glilot Capital to Team8 and Cyberstarts.

Leitersdorf, a descendant of the well-known Israeli Leitersdorf family (he is the cousin of Jonathan, the businessman and Doshi the restaurateur), managed to achieve high returns for his investors because he and his team (about 20 men and women in total, both in Israel and the U.S.) identified 2021 as a record year, understood the overvaluation in the market and did not wait for it’s collapse: YL started 2021 with the sale of all its holdings in the unicorn Axonius and received $270 million on a cumulative investment of only $25 million; They sold Medigate for $400 million to the cyber unicorn Claroty. 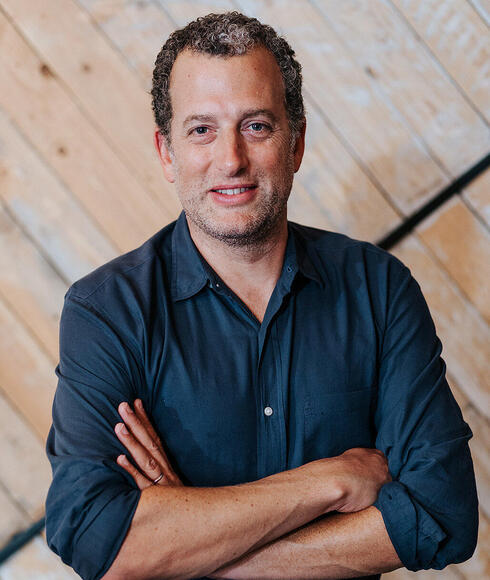 Also, in 2019 they completed another large exit when they sold Twistlock to Nir Zuk's Palo Alto for $410 million. These deals, among others, allow Leitersdorf, in contrast with other venture capitalists, to speak freely and also provide gloomy predictions regarding the local cyber unicorns.

"This summer, there will be no less than 12 large Israeli cyber companies that will lay off employees," states Leitersdorf. The conversation took place during his visit to Israel about a week ago as part of Cyber Week at Tel Aviv University, and since then his prophecy has already begun to come true: A number of cyber-unicorns, from Cybereason to Snyk and Transmit, who until recently were vigorous recruiters, have announced layoffs. Leitersdorf is convinced that this is just the beginning. In fact, if you count the number of Israeli unicorns in the cyber field, you reach approximately 12 in total, meaning his prophecy will most likely not skip any large cyber company.

Why is it that the large companies are the ones to fire first? You would think that small companies will have a more difficult time during this period.

"Companies that have raised a lot of money also burn a lot of money - $200 million a year, even $300 million, if they employ a thousand workers. According to my calculations, every company needs money for two or three years of runway in order to survive in the near future."

Two or three years is a long time, most investors and entrepreneurs talk about the difficult period lasting a year-and-a-half to two years at most.

"Responsible companies need to think further into the future. If, in the small companies, the funds intervene and help them get through the difficult period, then unicorns do not have a wealthy father who can come in and save them."

And the layoffs that are currently underway, usually at the level of a few dozen employees, will that move the needle in terms of spending?

"Yes, it moves the needle because salaries are the biggest expense for unicorns, and that's where the biggest pressure is. When they raised the money, they were explicitly told it was meant to fund hyper-growth. How do you produce hyper-growth? By recruiting in bulk and that's what happened. Now the boards are pressuring management in the opposite direction."

Can layoffs of this magnitude lead to a manpower crisis in Israeli high-tech?

"No, because all those who will be laid off will immediately find work in the smaller companies or in the companies that have been run more smartly in recent years. There will be no unemployment, at least not in the cyber sector."

Are you saying that other sectors are more vulnerable? After all, cyber, along with fintech, is always mentioned as the most inflated sector where valuations have reached dangerous areas, like Wiz valued at $6.5 billion while making only a few tens of millions of dollars annually.

"Cyber is more resilient to the crisis than Internet service companies, for example, which are more vulnerable. This is because cyber is not so sensitive to the economy and changes in macro conditions. At this stage, we haven’t seen American companies cutting their cyber budgets, that is because changes in interest rate policy do not reduce hacker attacks."

What is the criteria by which you will decide whether to help a company that is having difficulty or close it down?

"This is a very difficult question and it's a big part of our profession. Our performance depends on sorting companies - those who are good and those who are not. There is no point in adding more money to a bad investment, so if you made a mistake, at least stop it in time. In the near future we will be doing such sorting."

How many portfolio companies do you estimate you will close down?

"At the moment I do not see any such company."

How can you be so sure?

"It's no secret that last year we sold some holdings in mature companies, which had high valuations. In the meantime, we sold a few more and stayed with a lot of young companies. These are companies we raised and nurtured properly, all grew responsibly and did not raise at an excess valuation. Today we tell these companies to fasten their belts so that the money will last for at least two years."

What does it mean exactly to fasten their belts? Is it another way of saying layoffs?

"Not layoffs, rather postponing recruitment, reducing recruitment abroad as it is more expensive there, and postponing marketing and sales expenses. We know that if necessary, we can support our companies. That is why we have now raised a larger fund than in the past, precisely because there is a crisis. As before, we will only invest in 12 companies, but the scenario we are taking into account is that we will have to help the portfolio companies.”

How do you know early on which are the good companies that are worth "saving"? After all, very fast growth can be achieved when figures are small.

"There needs to be sales after the initial funding (seed). If the company burned all their seed money and there are still no sales - this is a classic case where they will not receive any more money from us. Even if there are sales, we want to know exactly how many customers the company has - the difference between two and 15 is huge. We also want to know what customers are saying about the system. We examine the company carefully in order to make the right decision. That is why we are in the top percentage of return for investors. Some of it was luck, but the rest was an understanding of market conditions and exiting on time when we felt the peak had arrived."

Are you not afraid that even if cyber is a hot field, a recession in the United States will lead to budget cuts and startups will stop growing?

"The demand for cyber products has not decreased. All day we talk with the companies' customers and know who pays for the services - so we know to say that it has not decreased, rather it has increased as attacks do not stop. The damage done to companies from attacks, such as what happened in March to Okta (a cyber company, that developed an identity and access management solution in organizations, whose platform was hacked to infiltrate its customers), is huge. People were fired, they lost customers, and the valuation dropped (from $30 billion in March to $16 billion today). That is why budgets for cyber products are rising. However, valuations in later stages have been impacted, especially in companies that do not have sales. There have been quite a few Israeli companies that have sold hype and air recently, and they are suffering the most - they will not be able to raise money and will have to pay the price of layoffs."

It's hard for an entrepreneur to say no when others want to pour hundreds of millions of dollars on him. How can these situations be avoided?

"Do not raise insane amounts because the only way is down from such heights. It is impossible to continue with last year's madness."

Are you afraid that the coming period, which will be particularly complex for entrepreneurs, will lead to damage in Israel's status as a global startup incubator? A reasonable person will assume that it is better for them to spend time at Amazon or Google, enjoy good conditions and not take risks.

"For people who want to launch a startup, it doesn’t matter what the situation is out there. Even those who work at Google or Amazon have found themselves with options that are out of the money. Good entrepreneurs always manage to raise money, and the deals will always flow."

Transactions in cyber are indeed still flowing, but more slowly. In the second quarter of 2022, global funding totaled just under $4 billion - the lowest figure since the last quarter of 2020.

"True, our reports show that the number of Series C rounds has dropped to only 10 compared to 46 in the same period in 2021, and we estimate that this year there will also be a significant decrease in the number of new unicorns among Israeli companies. Mergers and acquisitions are also slowing down, and the number of transactions has plunged by about 60% compared to the second half of 2021. However, we expect that from next year, when the money raised in 2021 runs out, we will see more such transactions because larger companies have opportunities to buy startups at lower valuations and it will be more difficult for entrepreneurs who have dreamed of starting a large company to raise money."

Has the crisis already affected everyone?

"No, those who were not harmed are actually the young startups, who are at the very beginning of their journey, and in our estimation they will also be the last to feel the slowdown coming from above. The average initial funding even increased in the first half of 2022 - from $7 million in 2021 to $9.8 million."

How do you explain that?

"Everyone understands that the need for significant initial capital has not changed, on the contrary. As investors become more conservative companies need to show more evidence before they receive more money and therefore, startups will be required to show a more mature product, with more paying customers as opposed to the last two years."

Is the bubble bursting?

"What we are seeing now is a general slowdown, but not a burst of a bubble. This is a worthy and reasonable correction for a market that has lost proportions over the last two years. In this context, 2021 can be likened to a short-distance running competition - startups have tried to achieve as much as possible in as little time as possible in order to remain relevant in an exploding market. Now is the time to remind the industry that the startup life cycle is a marathon that requires strong foundations and patience."