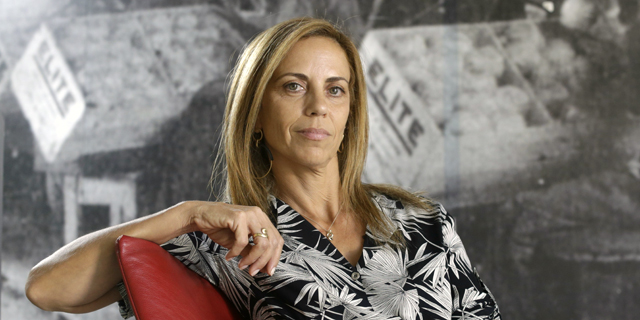 "Children should acquire social skills through the use of computer games"

Head of the Master's Degree in Digital Game Design and Development at Shenkar College, Dr. Vered Pnueli, speaks of how the graduates of the program have begun designing computer games with Israeli characteristics and explains why the college's gaming incubator did not last long

In recent years, Dr. Vered Pnueli has seen how computer games have formed an Israeli identity, despite the global nature of the industry. "All the final theses of the students this year have a very Israeli look and feel, all the games are in Hebrew. In first year students' games it is even more noticeable." Pnueli attests to this as the Head of the Master's Program in Digital Game Design and Development and as the Head of the Shenkar College Games Center. According to Pnueli, cultural heritage has become a very popular research topic in the gaming world.

"In certificate studies, students are taught to enter the casual gaming industry, which is an industry whose target audience is the whole world." On the other hand, she says that graduate students try to develop an Israeli character for the games they design. "It's part of the fun. Students come for two years and realize that they're going to do something very creative. There's a sense that any moment they're going to be snatched away by the gaming industry. They have a chance to do something they can't do in commercial companies - write a different story." 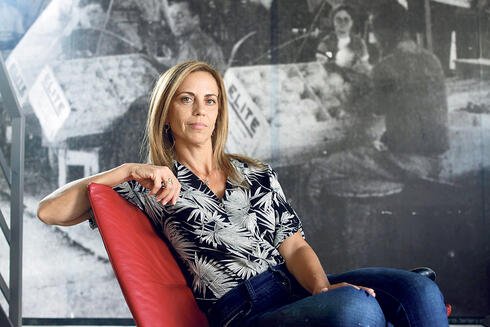 Do they enjoy entering a hyper-casual or social casino company later, which is less concerned with telling a story?

"Graduates really like working in these companies. There are also graduates who work at Plarium, where there is more of an emphasis on telling a story. There are also a lot of graduates who enjoy developing something dynamic and immediate. They approach me and say, 'You see, I developed a game that has 40 million players’. I think the Israeli dynamic is different from that of Europe."

Due to the pace of life, are game developers in Israel more focused on developing games quickly, like hyper-casual games?

“The Israeli industry has a very fast business vision which is our advantage and ability. The gaming industry complains that there is no in-depth research and almost no indie creators. But the advantage of Israeli industry is the dynamics, the speed. In fact, our students are blown away by it. There are always those who want to work in a slightly slower environment; In the past they wanted to work in educational gaming companies, however, today that has changed. Even when they pursue that route, they enter a cool tech company that has an abundance of data. Data has changed the rules of the game."

From England to Ramat Gan

Pnueli began her current position in 2009, when she returned to Israel after completing her doctorate at Brunel University in England, where she researched social influences in gaming. About 30 miles south of Brunel lies the town of Guildford, which during the 1990s became a fertile location for a variety of game development studios, such as Media Molecule acquired by Sony; Lionhead Studios acquired by Microsoft; and Criterion Games, acquired by EA.

"It turned out Guildford was a gaming powerhouse that no one knew about," Pnueli recalled. "I said, 'There's a really fascinating industry here. Why don't women play a role in it?’ In fact, the question of women led me to think about diversity in games. It was a super-profitable, but completely niche industry, like comics. Today the question seems very obvious, because it has been asked for a long time: How can the gaming industry be made accessible?

"Once you ask such a question, you start asking what are the things that characterize the gaming industry? For that I received my doctorate. I came to study the medium, to look at it through a different lens. Just as people realized it was possible to do a degree in theater and look at it from academic angles."

Pnueli presented her vision to Professor Yuli Tamir, who then served as the President of the college. "Tamir told me that until we offer the degree to the Higher Education Council, we will be able to start certificate studies at Shenkar. From the very beginning brilliant students came to the college. Most of our current lecturers were initially students, some of whom have been with me for 10 and even 12 years." In 2013, Pnueli established the first incubator of its kind in Israel for computer games, Play Lab, although the experiment was unsuccessful. 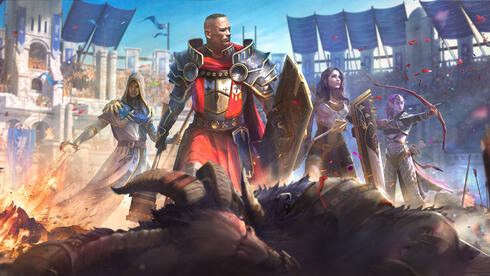 Why did the incubator fail?

"What we soon realized is that it is difficult for students to become employees in such a short time. After students learn to develop a game, they are forced to leave and work elsewhere. We wanted to give them another three or four months to finish the games they developed and then add Israeli distributors, strengthen the industry and share in the profits. The model was right. Maybe if we were more insistent we would have succeeded. However, we needed deeper pockets.

"One of the problems in the industry at the time was that there were talented people and they had a place to develop skills, but there were no distributors here. Today there are companies in Israel like Crazy Labs and Playtika, who develop games and also distribute them."

However, because the gaming industry has become global, game distributors from all over the world are looking for game developers. “Once you upload a game to the app store, you are immediately approached by distributors. The whole model has changed thanks to hyper-casual.” Pnueli is convinced that if Shenkar had deeper pockets in those years "then we would have cracked the model. However, it was deep inside the academy and it was not built for that. I do not rule out going back to it. It still tickles us. We will be more accurate next time."

"Schools are babysitters; Children do not acquire social skills there"

Pnueli argues that the common denominator in graduate work in digital game development is in providing an emotional response, whether in encouraging teamwork or bridging intergenerational gaps. "Today, most children acquire their social skills by playing games, school is just a babysitter, they do not learn those skills there. All the quarrels and conflicts of my eight-year-old take place inside the games themselves.

"Parents and teachers are not there, they have no idea what is going on. We need to understand that our job is to provide means to teach social skills within computer games. Also financially, companies lose a lot of players because they leave the game due to conflicts.

"One of my favorite games in the final exhibition is called 'Subjects,' by students Rebekah Tumasus and Alon Kfir. The game explores the connection between the player's character (PC) and the NPC (a character not controlled by a human, a Non Playable Character). This is really a study that examines how a plot can be promoted when the dynamics between PC and NPC change."

Other games in the exhibition include, "Time Again" by Hava Dagan Gur, Yaron Kantor and Ofir Ben Dor, which is a virtual reality (VR) game designed for seniors, who sometimes face feelings of loneliness. The game is based on studies that claim that the mood and mental well-being of the elderly population can be improved through communication with children. The game explores whether interacting with a virtual child character might create a similar effect on older people.

Two of the games, "Trippin' Troll Trucker Tales" and "Kill the Music", encourage teamwork between players. Another game, "Yonos," explores theories from the world of behavioral economics in the world of horror and science fiction. Four players have to decide together how to save humanity from a mysterious plague that has turned humans into half-pigeons.

"Detective Voice" is a game by Kira Weizman Shapira, Miri Nudleman, Yuval Shay Michaelis and Bar Dotan. Weizman Shapira is hard of hearing, and so the team tried to "gamify" hearing tests for children. The group changed the test frequencies to be more pleasant for children, and managed to shorten test duration from 40 minutes to only 10 minutes.

Pnueli's phone rings in the middle of the interview. She says the conversation is related to the opening of a new curriculum by Shenkar in Dubai. Pnueli promoted the initiative alongside Oded Chai, Head of the Department of External and Continuing Studies at Shenkar.

"Dubai is a place where you can work with India, Europe and America. It is a good crossroads. We found a partner there who made a great impression. Studying through Zoom has also changed a lot during Covid-19. Although most of the studies will take place through Zoom, from time to time, we will hold hackathons and Game Jams (events where participants try to create computer games from scratch),” said Pnueli. "Some courses are taught exclusively in English, and we have student exchange frameworks. The global issue is very important to us."