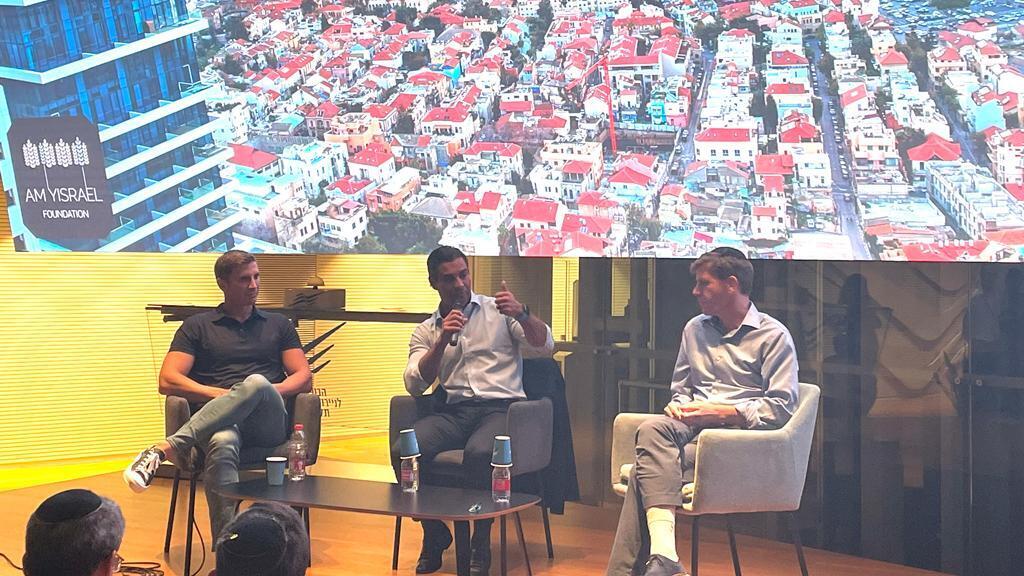 Miami Mayor: “Crypto was our slingshot against the Silicon Valley Goliath”

“We spent 10 years trying to create a tech ecosystem in Miami. Whether you like it or not, it will be part of our lives. We knew as a city we would have to create an ecosystem,” said Mayor Francis Suarez in the opening remarks of a fireside chat hosted by Tribe Tel Aviv as part of its Sunset Series. “In cities, there was an anti-tech attitude,” he continued. “We saw it with Amazon in New York when the city got them to abandon their plans for offices there, and we saw it when a California lawmaker told Elon Musk to leave - and he did.”

In a talk titled “Digital Big Bang: Technology, Politics, War, and Struggle for Power,” Mayor Suarez joined the stage at the Tel Aviv Stock Exchange alongside Jacob Helberg, senior adviser at the Stanford University Center on Geopolitics and Technology, and Michael Eisenberg, General Partner at Aleph VC. Suarez was discussing Miami’s efforts to turn itself into a tech powerhouse that could match those seen in California and New York - and importantly how Israelis could help fill the talent void there. 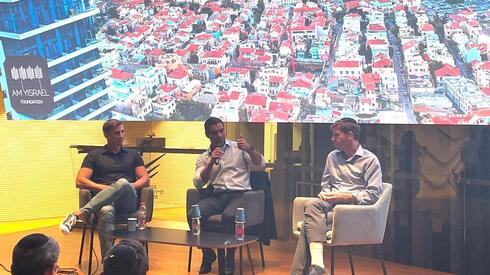 “It was a moment that created a tsunami of opportunity, and all I had to do was get my surfboard… it was being welcoming that tipped the scale.”

In 2020, Mayor Suarez responded to a tweet that suggested turning Miami into a tech hub. He claimed that the openness of having people come and see for themselves how Miami could match more traditional locations has paid off tremendously: the city's Venture Capital pipeline has grown 400% in the last year, and it is today the number one place in the world for tech job growth.

“In Miami, we have the lowest homicide rate in recorded history. Safety is important, it is a brand that you sell. We leaned into the innovation economy – it means understanding where the world is and where the world is going. It gives your residents the best chance to be successful and you owe that to the people you represent,” he continued.

The only problem? With a 1.4% unemployment rate, it means that entrepreneurs that wanted to open a business there had trouble finding enough talent. Describing Miami as “not perfect”, Suarez praised Israel’s level of innovation and academic achievement. During his visit to Startup Nation, he intends to tap into tech disruption and sell his city’s low taxes and low regulation to entice Israeli talent to venture towards the Sunshine State.

“Things like decentralization, automation, quantum, crypto, all these things are changing and it is generational. There is no city more prepared to handle that disruption. No city is better to capture the mega markets that surround it,” he said.

Francis Suarez was elected Mayor of Miami in 2017, earning 86 percent of the vote. He was reelected in 2021 with 78 percent of the vote, and is a registered Republican, despite the office remaining nonpartisan. He is the son of former Miami Mayor Xavier Suarez and claims to be the first elected official in the world to be paid entirely in Bitcoin. “What is propelling the economy is engineers and sales. I came to see what appetite exists here and what synergies can exist to fill a hole in Miami… If you want to slay Goliath, you need to find your slingshot. And Crypto was our slingshot against Silicon Valley.”

Suarez also touched on the policy as mayor and the fragile state of American political discourse. Describing the current climate as a “scary moment”, he cited division as the kryptonite for democracy. “If you’re an enemy of democracy, you will promote division,” he said.

In contrast to Suazrez’s tech optimism, Helberg appointed himself the “bearer of bad news” regarding some of the challenges that tech can pose to societies at large. As the author of 2021’s “The Wires of War”, Helberg warned the audience about China’s efforts to undermine the U.S and how decentralized information and communication are paramount for human freedom away from authoritarian regimes.

“Steel can be used to build hospitals or machine guns,” he told the crowd. “China is using tech to deanonymize the internet - it comes down to political control and political oppression.” Decentralized technologies like crypto, which should not be in the hands of any one company or government, are a tool that can bypass entities that seek to ultimately gain control of digital assets.

The Sunset Series is a weekly event created by Shanna Fuld and Rabbi Jonathan Feldman that hosts a variety of speakers that discuss a blend of topics and themes. Tribe Tel Aviv’s mission is to build community and to help facilitate the integration of young Olim (immigrants to Israel) into life in their new country by connecting them with each other, with Israel and Zionism, and with Jewish life and tradition.