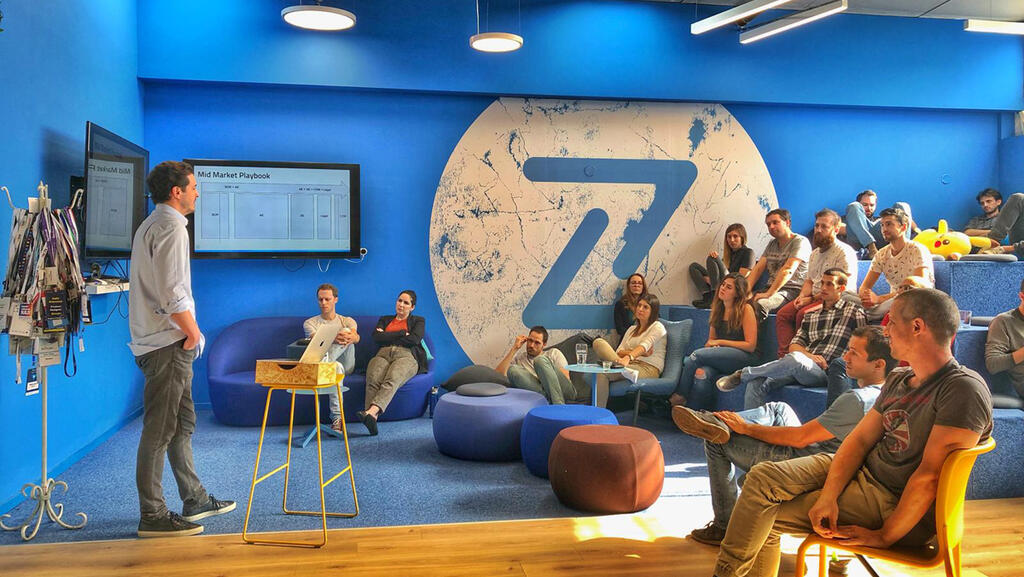 Downrounds were nowhere to be seen in Israeli high-tech during 2021, but that has changed in 2022. For example, Israel’s Bizzabo is raising at a value of $200 million, a 30% decrease in value compared to its previous round in 2020

This has so far been a deceptive and unstable year in the high-tech industry. The ability to predict future development or the direction of the market is all but impossible, and any player who pretends to do so is usually proven wrong in a short time. Companies that reached huge value peaks, some would say even crazy, are crashing in the face of reality. New technologies such as web3 that were the hot thing of last year have become a dim memory today. The main discourse that exists in the high-tech industry is how to survive the period of confusion with minimal damage and with maximum cash in the register. Cash has become the new king, and a company that has reserves knows that it will continue to exist, even if it will do so under more difficult conditions.

But the problem is deeper, as many companies discover the new confused reality and realize that they are not prepared for it at all. In 2020 and 2021, the companies ran at full speed towards unconditional growth. They raised funds, hired hundreds of employees, acquired other companies that could generate additional income or complementary technology for them, and above all, they rushed forward without thinking. 2022 stopped the race. Many companies came to it loaded with unnecessary personnel, who are scattered all over the world at high costs, and with too little money in the bank for hard times. At the time, most of these companies had no reason to deviate from the race track in which the entire market was racing. But now, the awakening and adaptation to the new reality is very painful.

In 2021, there weren’t any companies that raised at a value lower than in their previous fundraising value. In 2022, there will be many companies that will be forced to raise at a significantly lower value. A decline in value is a hard blow to a company. The immediate significance is damage to the options of all the company's employees, which become less valuable, as well as damage to all of the company’s stockholders. The decrease in value requires the company to reprice the holdings, including those of the investors and executives. Many times the hardest blow is felt by the founders of the company who are forced to give up significant holdings in the process.

Bizzabo is not the first Israeli company forced to raise this year at a lower value, but was the first to be exposed, and probably not the last. Calcalist revealed last week that the company that developed a digital conference management system is raising $35 million at a valuation of $200 million, which represents a 30% decrease in value compared to the previous fundraising in 2020. Bizzabo stated that "We are proud that our internal investors continue to believe and invest in the company. We are sorry that the article is being published at this time, before the deal has been closed and its terms are not yet final."

The choice to recruit despite the decline in the value of the company testifies not only to its distress, but also to the courage of its executives and founders who are not afraid to take steps however painful they may be for the sake of the company's survival. In addition, the step testifies to the faith of those founders in the future of the company and their ability to achieve a return for it and themselves that will compensate for the decrease in value.

The first sign of distress is usually reflected in layoffs. The high-tech companies in Israel rushed to recruit employees because it was possible and not because they were needed. Companies recruited workers and only then found them a proper position, and sometimes this resulted in a layer of hidden unemployment in the company. In 2022, many companies realized that without a quick cut in manpower, their ability to continue on would be difficult. Not only because of the financial expenditure on human resources, but mainly because the company's investors demand to see quick and painful steps. On the other hand, for the managers of the companies, this is an opportunity to diagnose the situation, fire the employees with whom they are less satisfied, thin out excessively inflated departments, and retain the core of the organization as much as possible.

The last few years were the years of the entrepreneurs and employees, they set conditions and mostly got what they wanted. The investors were forced to compete with each other, to submit investment proposals almost without due diligence, to invest high sums at an unrealistic value, even in the early stages. 2022 is the year of investors. They choose who to invest in, take their time in due diligence and above all add tough conditions to the deal.

Insight Partners is the largest investor in Israeli high-tech. The true power of Insight was revealed in the case of Bizzabo. At the end of 2020, Insight led Bizzabo’s $138 million round that included very generous secondary deals with the company's veteran investors and its employees. A year and a half later, Insight, and probably also the company itself, realized that without a quick infusion of capital it would be difficult to continue. A quick round of about $35 million with other investors in the company was made, with Insight providing $15 million. This is in exchange for one clause in the agreement that proves how strong it is.

The section, known as Liquidation Preferences, defines who gets money first when the company is sold. According to the terms in the upcoming round, Insight will receive a threefold return for every dollar it invested, and only after it receives its share and in fact guarantees itself a handsome exit, the other investors and the company itself will see any money. This is a clause that used to be used very carefully in the past, and even then with a very modest multiplier. A multiplier of 3 times the investment is a demonstration of strength and power not only in front of the company but also in front of the entire market. Insight is the leading investor in the market and will determine what the investments will look like from now on in companies that need money fast.

As part of the apparent distress, high-tech companies are also turning to alternative means of financing, which, according to estimates, will become central means of financing in the coming year. The most prominent of these is raising debt, or in other words loans that companies will take to finance current operations instead of diluting holdings. Along with the advantage of credit lines that do not dilute the company's holdings and allow it to breathe, it must be remembered that loans must be repaid. A company that finds it difficult to do this will quickly reach insolvency and expensive court proceedings. In addition, the lines of credit for high-tech companies are very expensive compared to the standard bank interest rate. The main reason for this is the level of collateral that the high-tech company is able to offer - their revenues and their intellectual property - which are usually not sufficient in times of need.