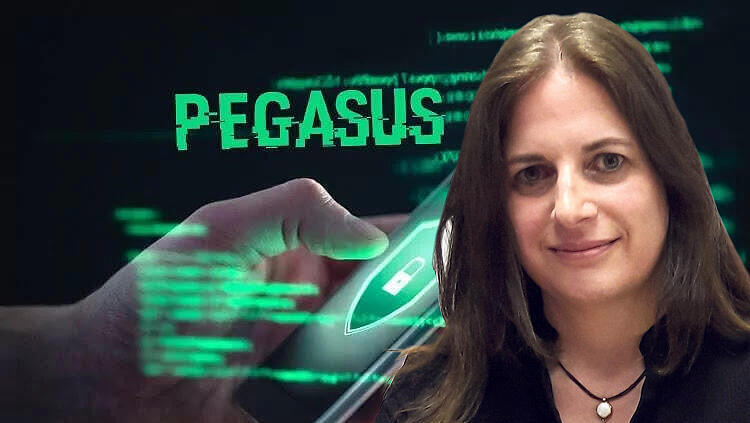 The NSO scandal: We are asked to believe police did everything "in good faith"

Although "the police did not fully understand the meaning of the system", we are required to believe that an iron wall was erected between its operators and the investigators, and to believe that excess information, that is forbidden to be seized, did not pass and was not used by the investigating unit - and that everything was done in good faith

1. The decision that a team on behalf of the Attorney General will investigate the incident is likened to a government decision that Netanyahu appoints the investigative committee for the submarine story, or that Aryeh Deri appoints the committee to investigate the Meron disaster. And why? Because the former Attorney General Avichai Mandelblit is part of the event. He admitted that he did not know about the actual activation of Pegasus/Saifan by the police, and we will spare you the comparisons to Netanyahu's "I didn't know".

The AG is the main person responsible for the enforcement of the criminal law and as such also for the police. He did not know about the tool, and now he is also investigating the circumstances of its operation which would have been different if he had known. Now you understand why it is crooked and why everyone has an interest in minimizing damages and escaping from difficult conclusions.

2. The team found that the system allows "to receive certain types of products that the Israel Police has no authority to receive according to the wiretapping law." That is, an admission of the existence of a tool that enables a particularly aggressive invasion of privacy and intercepts everything - WhatsApps, diary details, a list of applications, contacts and notes saved on the device.

After the factual statement comes an interesting normative statement: "The meaning of introducing a system with wide-ranging technological capabilities, which is a turning point in terms of the world of wiretapping, was not fully understood by the decision makers in the Israel Police." Not fully understood? Are we supposed to believe that everything was conducted legally and properly even though the police did not understand the significance of the tool in their hand?

From this we learn that the technological degeneration of the tool from "Pegasus" (having the excess capabilities) to "Saifan" (neutered and apparently adapted to the law) was not done fully, as both the Attorney General and the police commissioner announced. And if the tool was adapted to be operated according to the limits of the wiretapping law, why was it disabled despite the protests of the police about the damage caused to the fight against crime? It must be one of two things: either the tool was never adapted to operate legally, or the legal advisor denied the police an important means of fighting crime and thus harmed the public interest. Both options are not encouraging.

4. Pegasus or Saifan - in any case, "the team found that the system in the hands of the Israel Police makes it possible to receive certain types of products that the police do not have the authority to receive according to the wiretapping law." For example, WhatsApp conversations that preceded the start of wiretapping "and even before the date of the court order.” The report notes this capability despite its determination of no indication of contagion in the absence of a warrant. Again, to separate the improper capabilities from the clean use we are being asked to trust.

Even though the police have a “tie-breaking" tool in the fight against crime and even though the police did not understand the significance of the tool, we are required to believe that an iron wall has been erected between Israel Police's SIGINT unit and the investigators. They want us to believe that excess information that is not allowed to be seized did not pass and was not used by the investigating unit. Something in the basic logic doesn't add up here, and it doesn't add up even more in light of the police investigators' tendency not to justify the means to the end.

5. Here is another conclusion from the report, the meaning of which is somewhat misleading: "Given the characteristics of the system, in hindsight, the team believes that there was room to expand further before the court regarding the method of operation for wiretapping." Of course, this was written after the statement that "the team did not find that the police acted to hide information from the court."

It seems that there is a central characteristic of the spirit of the entire report: the police did not act to hide it, but it should be expanded before the court. In other words, we are fine, but we can be even better. The same is true of the main fact that the report seeks to refute: "We found no basis for the claim that the police are tapping mobile phones of people who have no criminal suspicion and in the absence of a judicial order." However, cases were also found in which "an wiretap attempt was made when a given court order permits tapping, but does not permit tapping of the type of communication between computers and a mobile phone; one case in which an tapping attempt was made shortly after the expiration of the order; another case in which a wiretapping attempt was made, but from the team's checks, the permit required according to the procedures to raise another target was not found. According to the police, these are mistakes in good faith."

Again, the same pattern - a blanket declaration that the police acted lawfully, but there were several cases where anomalies were found, and the anomalies are always "in good faith". Once again it turns out that the presumption of good faith, which does not exist for any citizen in Israel, and certainly not for any suspect, always exists when it comes to the police and the prosecutor's office.

6. A similar and even identical case is found in the case of the "Ein Ha’netz" surveillance system, which has already crossed advanced legal lines. In the state's response to the High Court submitted by the Civil Rights Association, the police's position was that if the use of the system were to be stopped, its ability to perform its duties would be significantly impaired. Despite this, in January 2022 the High Court issued a conditional order instructing the police to justify within 90 days why their position is that they can continue to operate the system without authorization in legislation.

It seems that this should also be the case with systems that are much more aggressive than "Ein Ha'netz" which is only used in the public sphere. Simple logic holds true here. If the "Ein Ha'netz" requires legislation, it is clear that Pegasus/Saifan/Halutz do too.