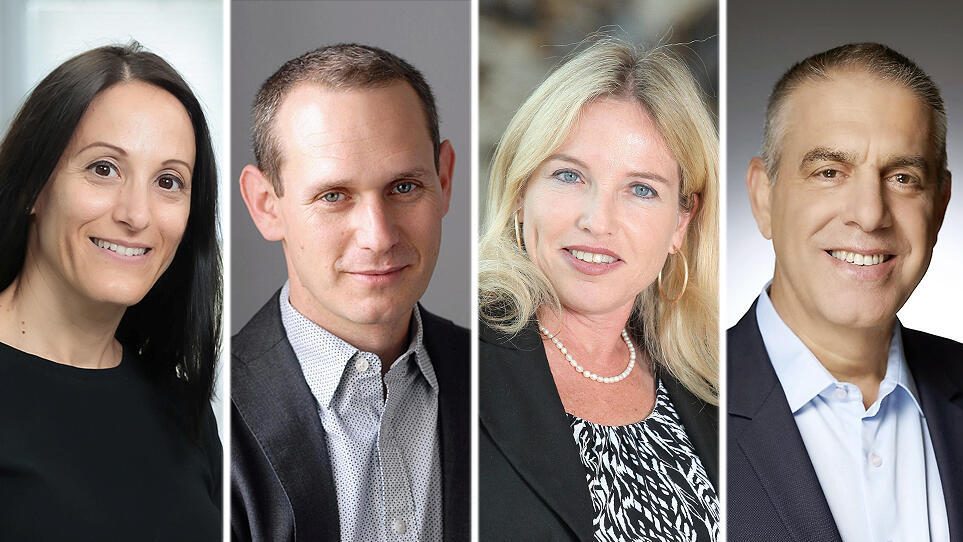 The challenge: To feed 10 billion people with healthy food by the year 2050

Global warming, problems in the global supply chain and the spike in the number of humans on the planet are some of the catalysts for new developments in the foodtech industry, where Israeli high-tech is emerging as a global leader. Ahead of Calcalist's Foodtech Competition, industry executives identify the challenges and trends in the field

Global events such as the intensification of the global warming phenomenon and the war between Russia and Ukraine have emphasized in the past year how dependent all humans are on the foodtech industry. When droughts, fires and floods strike large areas of Europe and America, and when one of the world's largest granaries is paralyzed for many months due to war - the world needs technological solutions that create nutritious, tasty raw materials that can be used to make high-quality food products.

All of these, plus the recognition of the growing demand for healthy and sustainable food, are the reason why Calcalist and Tnuva Ventures, the new investment arm of Tnuva set up to promote the promising growth engines in the future food market, are looking for, for the fifth year in a row, the next innovative development in the food industry. In preparation for Calcalist and Tnuva's Foodtech 2022 competition, Calcalist investigated what the hottest areas in the foodtech industry are, what is the role of the more institutional bodies in pushing the industry to the next stage, and what is the contribution of the Israeli ecosystem to global trends? 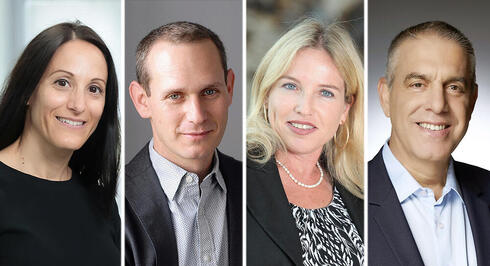 "The Israeli foodtech industry is one of the leaders in the world, and Israel is in second place in the world in alternative protein investments after the U.S. and before China or Singapore. We are the foodtech nation. Every year, an average of 42 foodtech companies are established in Israel, in a technology-rich market in which hundreds of billions of dollars are invested every year," says Eyal Malis, CEO of Tnuva. "Tnuva as a food company that is responsible for the food security of the public in Israel, and takes care of a healthy diet, and is accessible to every consumer - strives to be in every home and on every plate, and to bring the latest in Israeli foodtech to the whole world."

According to Melis, the company's concept of innovation is based on three components: the understanding that there has been a change in consumer demand for healthier and cleaner food, the change in the way food is consumed with the transition to online purchases, and the need to create new sources of food, innovative growing methods and technology-oriented production methods. "In the last five years, Tnuva has been undergoing a huge digital and logistical transformation, which includes, among other things, the introduction of robotics, the replacement and upgrading of the production lines and their adaptation to the challenges of the future, the establishment of a new and advanced logistics centers for food, and huge investments in the development of human capital in the company.

"In addition, we established an innovation arm led by Shay Cohen, the group's CINO, whose role is to examine investments in the foodtech field, which are relevant to the core of Tnuva's activity. In the last year, we established the Tnuva Ventures investment arm, which is the group's CVC (Corporate Venture Capital Investment Fund), which is led by the deputy CEO Yaakov Chen, and Shayi Cohen. We are in contact with many startups that reach out to us, and with academic bodies, and research bodies. Our strategy is to invest in companies, and be a beta site for them, based on our proven capabilities. Tnuva invests in the foodtech sector through partnerships with other companies such as the Fresh Start incubator in Kiryat Shmona, in which we invest together with Tempo, and the American funds Finistere and OurCrowd. And today there are nine groundbreaking startups in the incubator as well as direct investments in companies," said Malis.

Last year the competition was won by the company Profuse Technology, which uses a development of the Weizmann Institute that allows to accelerate the growth of meat and muscle cells, thereby helping companies in the cultured meat industry to increase production yields. In 2020, the competition was won by Future Meat Technologies, which develops a platform for growing cultured meat, and in 2019 by Zero Egg, which developed a vegan egg liquid that can be used to make omelets, cakes and baked goods and sauces. In 2018, two companies won first place in Calcalist and Tnuva's Foodtech competition: InovoPro, which developed a technology to produce protein and starch from the hummus grain, and Hargol Foodtech, which specializes in the agricultural cultivation of grasshoppers for the food industry and uses grasshoppers as an alternative protein source.

According to Orit Marom Albek, chairman of the investment committee at NevaTeam Partners, who serves as a judge in the competition: “We are witnessing two major trends relevant to the foodtech field: one, the significant increase in the population. According to the data there is an expected increase of 70% in the world's population by 2050, and the second, the growing awareness of the relationship between health and the food we consume, with a clear trend to reduce the consumption of less healthy food." According to Marom Albek, “these two trends create a real need, both for technologies that will increase food production capacity, to catch up with the rate of population growth, and for technologies that offer healthy food, and substitutes for food that is considered less healthy.”

Professor Nurit Argov-Argaman, from the Department of Animal Sciences at the Hebrew University and the founder of Wilk, which deals with the cultured production of cow's milk and breast milk, states that the main incentive for the development of the foodtech industry is the need to feed almost 10 billion people in 2050. "We all need to look with open eyes and understand that if we don't find a real solution, the near future holds wars over food between countries. We can learn from what is happening in Africa in the context of drinking water and irrigation - wars between tribes over water sources that have been reduced due to climate change. We need to provide a response for the lack of quality and safe food".

However, according to Argov-Argaman, a judge in the competition, we must not neglect the "traditional" food industry, which is very advanced and develops innovative technologies that increase the efficiency of the production of meat, milk and egg products and reduces the impact on the environment. "There is still a lot to be done in order to reduce the damage to the environment and animals, but such technologies are being developed around the world and Israel certainly has something to be proud of in promoting these processes. We should strive for these technologies to work side by side, and be used to produce safe, high-quality and tasty food with minimal harm to the environment." 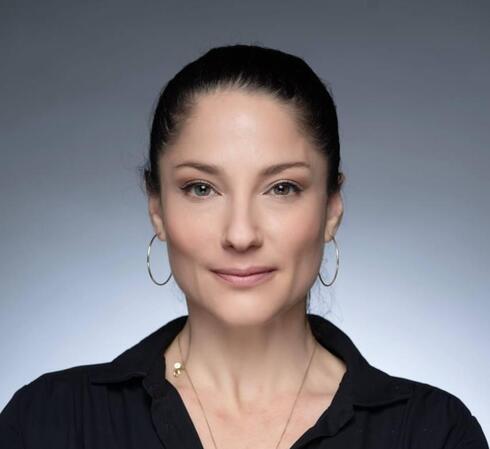 According to Hanan Brand, Vice President of the Start-up Division at the Israel Innovation Authority, and a judge in the competition, the Israeli ecosystem has several strengths that make it an international leader: "Research leadership in relevant fields, alongside a strong traditional food industry and a concentration, quantitatively and qualitatively, of startups. In Israel there are over 370 researchers and experts in the field, including world-renowned researchers in the fields of food engineering, agrotech and species cultivation, biotechnology, chemistry, genetic engineering, microbiology and tissue engineering, working in 17 research institutes and universities," he said.

According to him, "in recent years we have witnessed exponential, active and innovative growth in the Israeli foodtech industry, and we are happy that the Innovation Authority has been an integral part of this growth since 2015, supporting ventures from the idea stage. IVC data shows that over 320 foodtech companies have been established in Israel from 2010 up until today and the Innovation Authority has supported more than 50% of them from the beginning. However, in our eyes, this growth is only the beginning, and in the coming years we will see very interesting combinations of technologies from the worlds of big data, artificial intelligence, robotics, the Internet of Things (IoT), digital twin engineering and biology (bioconvergence) which together will create disruptions that are difficult for us to imagine today in the way the global food industry operates and our consumption habits," Brand said.

Argov-Argaman also referred to the role of the state bodies in pushing the industry to the next level and said: "Investments in the development of production capabilities are always welcome. In recent years, many funds of government ministries have been established for the development of technologies and for upscaling (upgrade and growth). Funds intended for cooperation between academia and industry, combining the incubators as a springboard, is the way to develop new technologies and bring more possibilities to the field of foodtech."

Here too, we should not forget the work with animals themselves, because there is a tendency at the moment to deal only in the areas of alternative food production and somewhat abandon the production of food from animals. This industry also needs funding sources to carry out research that can lead to the development of innovative technologies, as has been the case in the past decades. All the studies show that the animal food production industry is increasing in its production volume, therefore this industry also needs to carry out studies that will promote it. According to her, another important thing is directing funds to basic research. "Research funds need to realize that basic research is needed, which is the basis for almost all development, and that such research takes time. A lot of money from the government research authorities is directed to short-term research - which should lead to the applied phase in only two or three years. These are too short time frames to conduct basic research that can lead to breakthroughs," Argov-Argaman noted.

According to Marom Albek, state bodies can play a significant role, and not only in grants and funding. "Government activity on the international marketing level that will focus the spotlight on Israel as a global center for agritech and foodtech technologies will encourage huge companies that already look at Israel as a technological source, to invest in these technologies and it is equally important to promote these technologies in the international arena. Also on the academic level, the state bodies have a considerable role, among other things, encouraging the change in the commercialization policy of the universities. Ground-breaking research and technologies are being developed in these institutions today, and entrepreneurs who wish to establish companies based on research from academia encounter quite a few difficulties with the commercialization of research."

Noga Sela, CEO of Fresh Start Foodtech Incubator, estimates that the current trend of integrating biotechnology in the food industry will continue over the coming years and that more advanced tools of synthetic biology will be imported into the sector in order to improve efficiency, sustainability, and secure nutritional security based on independent manufacturing capabilities. “The food industry is still very traditional and there is a lot that needs to be done in order to improve data collection and analysis,” said Sela. “In addition, the currently accepted SaaS business models could be challenging for clients in the food industry and this requires creativity in tailoring them for profit margins, the decentralization of manufacturing infrastructure, and the many links in the chain.”