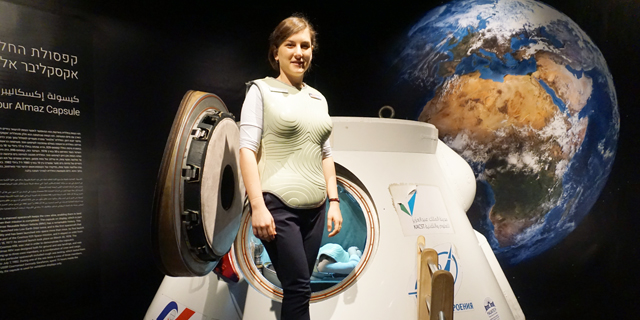 Israeli radiation vest heading to the Moon on Artemis I

Ahead of the Artemis I launch, which was postponed on Monday due to an issue with an engine bleed in one of the rocket's four engines, NASA has installed Zohar and Helga, the two identical manikins for testing a new radiation protection vest developed by the Israeli startup StemRad

NASA was set to begin the Artemis missions by launching an uncrewed spacecraft on a six-week mission around the Moon and back to Earth on Monday. However, the launch was postponed after it was discovered that there was an issue with an engine bleed in one of the rocket's four engines. The next possible launch window in on Friday. Through Artemis missions, NASA will land the first woman and the first person of color on the Moon, paving the way for a long-term lunar presence and serving as a stepping stone to send astronauts to Mars.

Israel’s space industry also has a role to play in the mission, participating in an international experiment in a collaboration between the Israel Space Agency (ISA), the German Aerospace Center (DLR), and NASA. The experiment called Matroshka AstroRad Radiation Experiment (MARE) will investigate radiation exposure throughout the flight and test the effectiveness of the new protection vest developed by Israeli company StemRad, supported by Israel Space Agency within the Ministry of Innovation, Science and Technology of Israel. 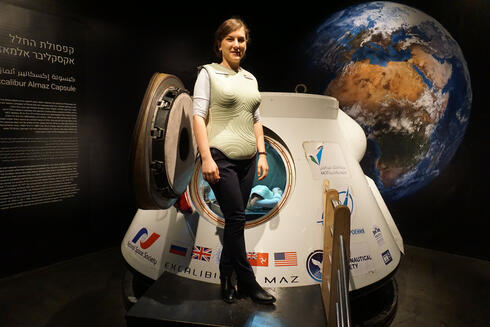 MARE addresses one of the greatest health hazards for crews on space missions beyond low-Earth orbit – space radiation. Until today, all manned missions to explore space, besides Apollo’s missions to the moon, were limited to low-Earth orbits where most of the harmful radiation, including those due to solar storms and cosmic galactic radiation, is shielded by the Earth magnetic field.

In lieu of a human crew, Artemis I's Orion spacecraft will be carrying two identical manikin torsos, dubbed Helga and Zohar and manufactured from materials that mimic human bone, soft tissues, and the organs of an adult female. Female forms have been chosen because women typically have greater sensitivity to the effects of space radiation. Zohar will be wearing the StemRad radiation vest, which covers the upper body, the uterus, and blood-forming organs, while Helga will not. The manikins are equipped with radiation detectors, which will enable scientists to map internal radiation doses to bodily areas containing critical organs. Identical in every other way, they will inform scientists on how well the new vest may protect crew from radiation, while also collecting data on how much radiation astronauts might experience inside Orion on a lunar mission – conditions that cannot be recreated on Earth.

The experiment is co-managed by ISA and DLR, with the assistance of Lockheed Martin, manufacturer of the Orion spacecraft, for NASA. NASA will participate in the experiment as co-principal investigator.

Hilla Haddad Chmelnik, Director-General of the Ministry of Innovation, Science and Technology, said: “Israel is one of the very few states that has managed to introduce original technology for Artemis I. This is part of Israel’s long-standing successful space heritage that we are committed to continuously strengthen.”