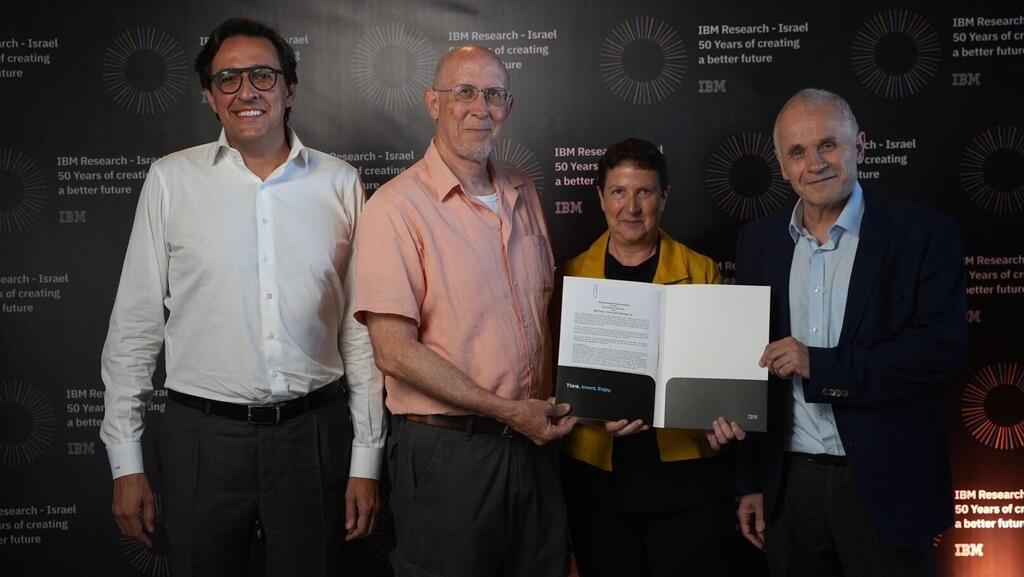 The announcement was made at the Tech, Science, and Sustainable Society Summit, hosted by IBM Research celebrating 50 years of its presence in Israel

Following collaborations with leading universities like MIT, Stanford, and Oxford University, IBM Research has announced that it will partner with one of Israel’s leading academic institutions, the Technion, and the Hebrew University, to invest millions of dollars for Ph.D. students to develop AI research. The announcement was officially signed by President of the Hebrew University of Jerusalem Prof. Asher Cohen, Vice President AI and director of IBM Research Lab in Israel Dr. Aya Soffer, Executive Vice President for Research of the Technion Prof. Koby Rubinstein, and Senior Vice President and director of IBM Research, Dr. Dario Gil.

“What we really wanted to do was bring a little more structure, and in particular, find a way to engage Ph.D. students in a more focused way on topics that we believe are going to be important for the future of science,” explained Dr. Soffer, who spoke to CTech during the Tech, Science, and Sustainable Society Summit, hosted by IBM Research celebrating 50 years of its presence in Israel.

Soffer explained that the partnership, which will be spread over three years, will focus on efforts relating to Scaleable AI as an engine of growth. Specifically, emphasis will be placed on three main areas: NLP, accelerated discovery of drug development, and multi-cloud infrastructure, which Soffer described as “the future of cloud”.

The Tech, Science, and Sustainable Society Summit took place in Tel Aviv and marked the first time that IBM Research brought together academia, industry, startups, investors, and governments. Described as an “active conference”, it included a wide range of roundtables where each guest was encouraged to discuss topics relating to AI such as the metaverse, drones, NLP, and cybersecurity. Following opening remarks by Soffer and a keynote speech by Dr. Gil, the audience was then treated to two panels exploring the future of AI and quantum computing before splitting into 17 different groups for intimate discussions lasting almost an hour.

“It was beyond all expectations,” Soffer said about the event. “I was walking around and everyone was sitting at the tables and engaging, it’s like your vision coming true. We had a vision that this is what it was going to be, and it was just amazing. There were so many deep conversations and a lot of insights came out of it at the end.”

The “strong belief in collaboration” was the inspiration for the summit, which aimed to recreate the attitude felt in IBM Research labs. IBM has been present in Israel for 50 years and Soffer herself has been part of the team for 23 years. The relationship with the Technion started during the very early days of its time in the country, and so the new partnership represents somewhat of a ‘full circle’ for the company. IBM Research also has partnerships with Ben-Gurion University in the field of cybersecurity.

“The combination of a leading technology company like IBM together with our excellent researchers is a combination that provides an optimal response to the information revolution and the computational revolution,” said President of the Hebrew University of Jerusalem Prof. Asher Cohen, in a statement. Executive Vice President for Research of the Technion, Prof. Koby Rubinstein added: “In recent years, the Technion has been conducting in-depth and extensive activity in AI in a variety of fields. The collaboration with IBM, which will be led by researchers engaged in the field, will be a force multiplier for research and development in the field.”

IBM’s research laboratory is based in Haifa and represents its largest outside the U.S. It employs hundreds of researchers in a variety of fields such as AI, hybrid cloud, quantum computing, blockchain, healthcare, and IoT. It fosters relationships with various academic institutions and partners in Israel and abroad.