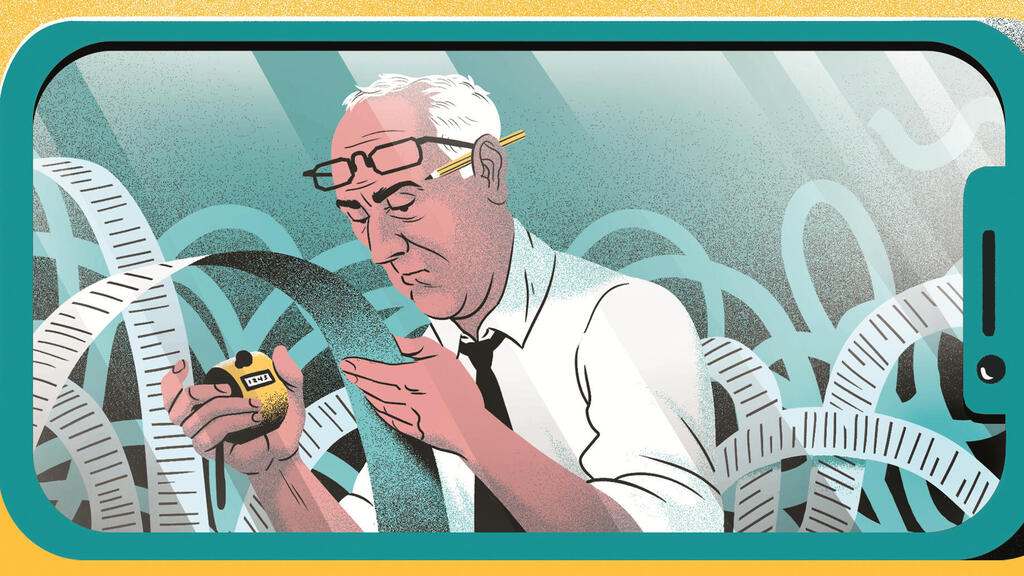 Falling in “like”: The internet’s measurement frenzy affects our self-worth

The internet's obsession with measurement, from the number of posts on social networks to the number of emails, is designed to affect the self-worth of users and make them stay on the platform as much as possible

I have 8,818 emails, I've tweeted 944 times and I've given no less than 6,446 likes to other people's tweets. But why is this information accessible at all? Our other actions across the web and the physical world are not measured and counted in this way. I don't know how many different cars I've ever driven, how many times I surfed the website of "The Atlantic" magazine or watched the YouTube video of Captain Von Trapp from "The Sound of Music" singing "Edelweiss". The internet not only remembers and produces for us a never-ending popularity contest with a display of likes, shares and the number of followers, but it also obsessively reflects to us what, how much, and when we do what we do. But for what purpose?

It's simply ridiculous. On the most technical level, it is impossible to argue with the unfortunate fact that it is indeed me who did not delete thousands of emails and liked other people's tweets thousands of times, but what is the point of knowing? Why does Google or Twitter think that I find it attractive or interesting, and not to mention makes me feel like a hoarder of meaningless and outdated content that I have no idea what it even includes? 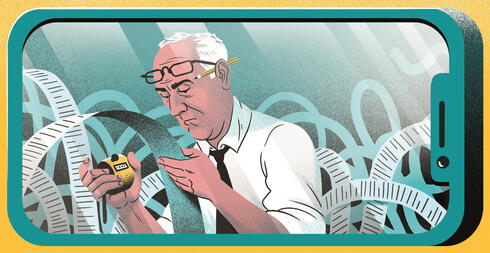 In fact, the purpose of measurement includes convoluted reasons, layers of technology and product designers who take part in the persistent struggle for power and control in the internet business. Along the way, it also produces and outlines new and unusual behaviors.

In 1975, Charles Goodhart published an article on monetary policy in Great Britain. In the introduction to the book he jokingly wrote: "Any observed statistical regularity will tend to collapse once pressure is placed upon it for control purposes.” What Goodhart sought to establish is that measures that are set as a goal lose their meaning because at that moment they become omniscient. The professor from LSE who published many articles in respected journals and served as a consultant to the Bank of England, will be remembered mainly because of that sentence known today as Godhart's Law. The basic idea behind it is intuitive: as soon as you want to measure or achieve some result, everything will be done to achieve this goal, even at the expense of neglecting or damaging other measures or standards. The internet is no different. Every time a measurement is made it in turn shapes our behavior to control that data.

These metadata, small numbers that appear next to actions on the internet such as the number of emails or unread emails, the amount of retweets, shares or views, guide our self-worth and serve as pseudo-objective tools for us to assess the nature of content or a user. A lot of YouTube views make us assume credibility, quality or importance; Few views often indicate marginality, lack of relevance and lead to a general doubt in reliability. When a tweet pops up in the feed with a lot of likes, we will immediately give it a more significant read. If by chance we enter the same tweeter's profile and it appears that he has tens of thousands of followers, we will immediately assess that they are probably worth it.

Today, the claim that high numbers in all these indices are a supreme goal is well established because they apparently indicate activity, presence and dominance on the platform. Some people become obsessed with how many Twitter followers or likes they get. They want to have more, the most, more than everyone else. Within these there are users who usually celebrate imaginary numbers or guarantee a certain activity if other numbers are achieved. "If this tweet gets 100 shares or so-and-so likes," the template goes, "I will share with you valuable information or my insight on this and that topic." Other times they will celebrate a random round number like a thousand, five thousand or more followers, as a noteworthy event or share how many "unread emails" they have as evidence of their importance.

But a sense of achievement on the internet can also be achieved from low numbers. For example, in the "unread emails'' example, low numbers can actually indicate someone who meets all their tasks. In the same way, 8,818 emails accumulated in the Gmail inbox seem like a resounding testimony to my inability to separate, delete and sort personal belongings, an unpleasant feeling of hoarding, never mind that I have had this Gmail inbox for almost 20 years. After all, if these were real letters, it would be intolerable or unreasonable for me to keep them in my house. In the same way, a relatively low amount of tweets indicates self-control or filtering skills, so that not every thought that passes through that user’s mind is immediately translated into speech in the public sphere. A user can also be careful to follow few people, evidence of their indifference to form a supportive community around themselves or be interested in what specific people have to say about the world.

The way in which measuring activity that is done "on us" or that we "achieve" affects the internet has been documented for years. Much has been written about how collecting "likes" or "followers" on TikTok, Instagram or Facebook will create over the years a new type of consumer culture: consuming a like means recognition from the environment. Today it is widely agreed that this measurement pushes users to produce content that provokes a response. Reactions on the networks over the years only got more and more extreme, tending to be more infantile, bad and nasty. The measurement made the internet so toxic that in one moment of weakness in 2019, Instagram announced that it would try to gradually remove like counters and redesign profile pages so that those metrics would be less prominent than before.

But the way in which “our” activity is measured also has substantial effects on behavior. A post on Facebook, Twitter or TikTok that has not received too many likes or shares can be deleted, as if all its qualities and relevance are determined only by its degree of success. Sometimes we will delete a response to a post that did not receive any response from its creators, perhaps because the lack of response will be interpreted as coldness or apathy and we would like to eliminate from the internet what may appear to the outside observer as unhealthy tracking of users. Rules upon rules are unconsciously dictated by the internet's automatic quantification.

To the different social networks and platforms it doesn’t matter. Investing in the creation of quality, attractive or provocative content to see the indices rise means spending long hours on those platforms; just as investing in deleting tweets, emails and also people you follow or be-friend on Facebook means spending long hours on those platforms. The goal is achieved in any case. The only time an effort was made to challenge this was with the invention of some browser add-ons that artificially eliminate the ability to see metrics - every tweet looks unloved, every network influencer looks as if they have no followers, every tweet has no date.

Goodhart's Law is turning over in its grave, and content can suddenly become king again. Eliminating metrics not only puts the content in the center, but makes the internet less toxic and relieves us a little of the judgmental act of measuring our behavior and reflecting it back to us. A good life, it must be remembered, was never imagined by the philosophers in frozen numbers. A prosperous society is always defined by open and flexible thinking, without numbers shaping our choice of what to write, how to act or what to say.