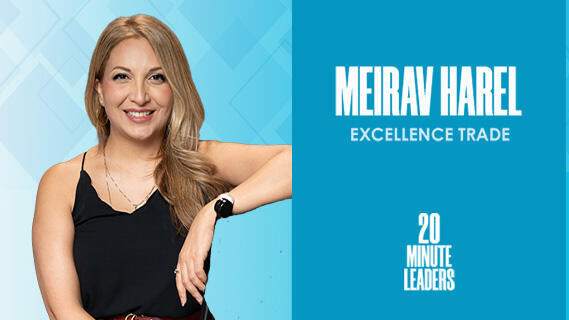 “We are seeing the next step in human evolution in finance.”

There is a struggle between two financial ideologies that seek to shape the future of money, says Meirav Harel, a member of the board of directors of Excellence Trade.

There is a struggle between two financial ideologies that seek to shape the future of money, says Meirav Harel, a member of the board of directors of Excellence Trade. She shares that we are witnessing the next stage of the evolution of finance, but it’s hard to predict which way the world will go. Harel explains the struggle is between traditional, centralized institutions, like banks and governments, and those who want to decentralize money and data ownership to give more power to individuals. Each is using technology to try to produce the next generation of money but with solutions that meet their own interests. While traditionally, people needed permission from regulators for many financial moves, Harel shares that people are now banding together to create a new reality without getting any approval. This leaves it an open question whether centralized entities or individuals will determine money’s future.

Where are you coming from that led you to be so excited and passionate about FinTech, blockchain, and Web3?

I've been in finance and technology for over 20 years, and I combined the two before the name FinTech was even created. I started out as a programmer. I continued programming till during the dot-com era. When that bubble burst, finding myself with a baby and pregnant, I had to find another subject that was interesting. I became a licensed investment consultant by the Israeli Security Authority. Then I combined the two as a product and BizDev manager of LeumiTrade, one of the biggest security trading websites in Israel.

Around five years ago, I entered the blockchain space. It was a very natural transition. I've been working with banks, regulators, governments, companies, startups, and individuals on everything that has to do with moving ahead with these technologies. I was a COO of a few blockchain companies. I'm a director at Excellence, one of the biggest security trading investment houses in Israel.

I'm very passionate about what's happening because we are seeing the next step in human evolution in the fields of finance. It's very interesting to see the different dynamics and power struggles that are happening behind the scenes. 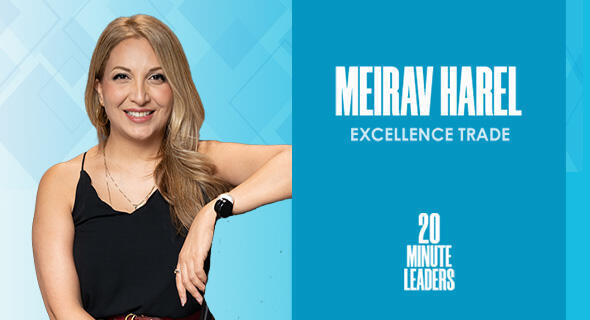 Meirav Harel, member of board of directors of Excellence Trade

How do you see it evolving currently? What are the different challenges presented?

What's happening under the surface is that there are two ideologies that are on a path of \[having to choose\] between them. It's interesting to look at the dynamics. On the one hand, we have the traditional finance and the power structures that we are used to having for hundreds of years, where you have centralized entities starting with central banks and lately the big tech companies.

On the other hand, you have an ideology that started with Bitcoin itself of people saying, "Wait, we are tired of these centralized entities and we think that the power should be shifted into the hands of the individuals." The first way was with Bitcoin itself saying, "Money doesn't necessarily need to be created and managed by centralized entities. It could be done by people working together." It evolved to the point where this money can be programmed with smart contracts, and data comes into the picture. The ownership of data comes into the picture, and the new generation of this ideology is Web3 that comes and says, "If data is something that's worth so much money, isn't it more fair or ethical that the individuals creating the data would be the ones holding the data and monetizing it?"

I was waiting for these two worlds to combine into one, which would create the next step in finance. But I don't think it's going to combine so fast. Right now, there is an ideological struggle between these two. It's very interesting to see which way the future will take us. The question is: Which ideology is going to take the masses and produce the next generation of money?

What shifts have you noticed, either more philosophically, culturally or tangibly, over the last four or five years that could give us an indication as to the path that we are expecting to take in this Web3 space?

What's happening is that the technology is moving so fast and then the use cases that can be built upon this technology are moving even faster. What's lagging behind or where the struggle is at is on the ethical and ideological point of view. If I'm looking at what's happening with traditional finance, the technologies that have been actually invented for decentralization are being adopted by the centralized entities, but in a way that takes the ideology out. I'm talking about Central Bank Digital Currencies that use smart contracts, which Ethereum kind of invented, but they use them in a centralized way, which means that the new versions of Central Bank Digital Currencies can be programmed. The money itself has a program written inside as a smart contract, which defines how much money the person that owns the money can use or where the money could be used. Theoretically, you can program the money in a way that you could say, "You've used up your quota of cigarettes or flights,” and then your money isn't going to be working anymore. In one of the pilots that China has done, the money was programmed. The program did not enable people to save money. If they didn't use it up in a certain amount of time, then the money was taken from their wallet.

On the other hand, you have the evolutions of ideas and technology that enable people to hold on to their data and control what they do with their money and their data in a more significant way. For instance, NFTs. There was a hype around it in the field of art. But art is not the only use case that you can use NFTs for. The next generation of NFTs won't have to do with art necessarily. For instance, the NFT that Alfa Romeo created for their Tonale car. For each car, they created an NFT that holds the data of the owner, how much gas and mileage the car has been using, if it was serviced, and if there was a car accident. If a person sells the car, the NFT moves on to the next person. This again disrupts centralized entities who keep track of who owns cars. And it opens new opportunities for companies doing this. Alfa Romeo could start participating in the secondary market of cars, which is a new revenue stream. We are seeing more and more ideas and implementations of how technology can enable new revenue streams and new control over people's own data.

These are the things that are happening in parallel. Each one is developing their own solutions that match their interests.

Who are the main decision makers that are going to define these strategies long term, in your opinion?

Traditionally, obviously, the definition of what's being created is regulators and governments. On the other hand, I think that the new technologies enable the masses to communicate with each other without needing the permission from these traditional bodies. Look at people that are dealing with digital currencies in crypto: they've been trading amongst each other since 2008, 2009. And up until four years ago, the regulators were not necessarily involved in that.

If we are looking at NFTs right now, kids are trading amongst each other with art and gaming NFTs that are worth hundreds of thousands of dollars. I was teaching the Israeli Tax Authority about the Metaverse and Web3, and how do you tax these kinds of assets. How do you tell a 13-year-old kid that holds an NFT that's worth $200,000 and he just traded it for another NFT worth $200,000 with his friend that that's a taxable transaction? He doesn't necessarily know that. When you go to his parents, they don't even understand what he is doing because he is in his room playing on the computer, right?

Who's going to be shaping this: on the one hand, we said we have the central entities, but on the other hand, you have masses that are communicating with each other and creating a new reality without asking anybody about it. Who's going to be the one that decides where this is going? Let's say the governments decide that they don't want digital currencies, that they want to ban it: Can they do it? It's like asking, "Can they shut down the internet?" I'm not sure about that. So who's actually going to be deciding on how the future is looking? Is it the regulators and traditional finance, or is it the bottom up and the masses? 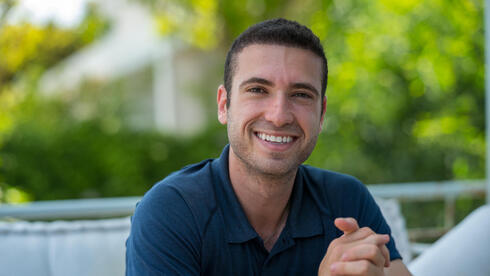