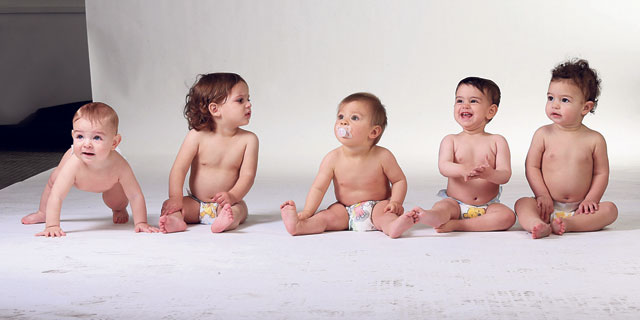 A Gattaca replica? From science fiction to IVF reality

With the 25th anniversary of the sci-fi thriller focusing on genetic ethics, it's time to examine the lack of regulatory oversight in the field, including the recent Israeli case of an IVF baby's unknown birthparents

Gattaca and pop culture stories like it are often the principle sources for how society understands complex issues in science; sometimes for better, but often for worse. Consider how Frankenstein represents the public’s fears of ground-breaking innovation; the story is so entangled in our social consciousness that the prefix "Franken" often symbolizes our gut distrust with many advanced technologies, including genetics, like genetically modified organisms (GMO). Like Frankenstein, Gattaca exemplifies society’s fears regarding unregulated science. Even today, a quarter of a century later, Gattaca remains a relevant touchstone in academic, social and political discussions relating to the ethical, legal, and social implications (ELSI) of genomics and bioengineering.

Succinctly, Gattaca tells a story of a dystopian future where class divisions are based on genetics - were your genes altered or not. Valids, with their seemingly genetically superior biology , are guaranteed the best opportunities, whereas genetically unmodified In-Valids are second-class citizens. The protagonist, Vincent, an-invalid, has managed to circumvent the system. That is, until a genetically identifiable wayward eyelash and a murder investigation threatens to upend his deception.

Since the movie came out, science has produced rapid, accurate, and cheap genomic tools like the Nobel Prize winning technology CRISPR, rivaling the technology of the film. Another Gattaca-like technology is being developed in part by Israeli researchers, who unlike many western nations are not substantially constrained by legislation on embryonic research. In this example, researchers at the Weizmann Institute of Science have shown that they can grow a mammalian embryo outside of the womb for up to a third of the gestation period. This could potentially allow scientists to learn more about the genetics of an embryo prior to implantation – giving doctors more time to read and perhaps even alter the baby’s genome, Gattaca-like. 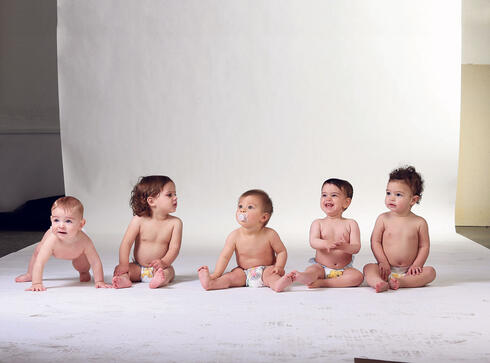 Another example: Israeli scientists have been publishing research on preimplantation genetic testing for polygenic diseases (PGT-P) which allows parents to select against problematic polygenic traits during the invitro fertilization (IVF) process.

But unlike other western societies, PGT-P is not yet available in Israel, nor is there any discussion of the testing technology on the Ministry of Health’s website which only promotes relatively simple and straightforward genetic screenings.

To some degree, Israel is right to limit broad access to these types of technologies. While the complex synthesis of nature and nurture still confusingly coalesce to make us who we are, society often envisions genetic predictions as infallibly deterministic.

Moreover, many scientists argue that the testing technology is not yet ripe for implementation. Consider a recent article in Nature, a preeminent science journal: “Researchers are also concerned that, in most cases, the genomic models behind these tests are too weak to predict disease risk in a meaningful way for a developing embryo. Polygenic risk scores are ripe for misinterpretation, and people might be misled by the information they receive.”

Even if PGT-P lives up to its claims, parents might still mistake the statistical the polygenic risk score, for a sense of certainty, beyond what the test actually offers. Consider how the promise to ascertain a young child’s future abilities might wreak mental havoc with vulnerable individuals feeling compelled to live up to the predictions of the often scientifically suspect genetic predispositions.

Many of the countries where PGT-P is available are often woefully under-regulated in the field of reproductive technologies, making the concerns regarding the reliability of the technology all the more problematic. To wit: The Gattaca world reflects a society wherein an unregulated artificial/assisted reproductive technology (ART) industry seems to be under-regulated resulting in little to no oversight as to the limitations on the use of genetic technologies to create aesthetically pleasing designer babies.

In the real world, as in Gattaca’s, the lack of regulatory oversight in this industry can have grave repercussions. For example, there are endless news stories wherein a fertility doctor inseminates tens of eggs in lieu of the intended father.

In another recent case here in Israel, a woman was mistakenly implanted with an unrelated fetus. Reportedly, while rare, there have been other similar cases of purported negligence in Israeli fertility clinics, despite the relatively broad local guidelines.

In the current Israeli case, the real biological parents are unknown. Following a public fight between the gestational mother the purported genetic parents, a court ordered a genetic test to determine parenthood. That test ultimately confounded the issue by ruling out a genetic relationship with the other parents.

Now, with the recent birth of the child and the likely resulting stronger legal ties to the birth mother, this story highlights the necessity for greater oversight in this area before problems like this arise.

These types of cases are ethically and morally fraught: Often, in cases of mixed up embryos, both the genetic and the gestational mothers, both of whom are already undergoing traumatic medical care due to infertility, are unwilling to cede control over the baby.

Regardless of the final outcome of this case, its coverage in the press should hopefully be a clarion call for even more extensive oversight in the area of assisted reproductive technologies. There is too much at stake to sit and do nothing.