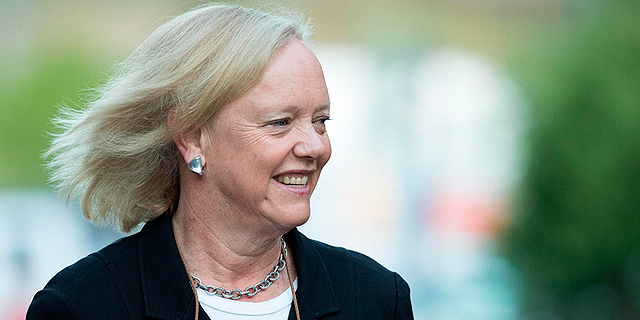 In June, an Israeli court set a precedent, taxing Microsoft for a 2007 intellectual property deal. Now, the authorities are after another IT giant

Hewlett Packard Enterprise—a spin-off of HP from 2015—has been slapped with a $450 million (1.6 billion shekels) tax in the country, said two people familiar with the matter on conditions of anonymity.

The tax concerns a decade old acquisition the company had made.

In 2006, HP bought Israeli software company Mercury Interactive for $4.5 billion in cash. Following the acquisition, Mercury became the core of HP’s software division, which was later spun off as HPE. To date, the deal remains one of the biggest involving an Israel-based technology firm.

After it was finalized Mercury’s intellectual property was transferred to HP.

While at first HP paid taxes in Israel for capital gains made on the deal, the Israeli tax authority put forward a demand that the company pay an Israeli corporate tax as well, after to Mercury’s intellectual property was transferred overseas.

The tax authority called for a payment of four billion shekels ($1.1 billion)—or 25% of the original deal-value.

HP agreed to pay only a third of that sum.

In November 2016, after a lengthy out-of-court litigation, the Israeli tax authority issued a demand for the remainder of the sum, which with interest, amounted to three billion shekels ($780 million dollars), said three people familiar with the matter on conditions of anonymity.

To skirt legal proceedings, the matter was taken to international arbitration, which determined that HPE owes the tax authority 1.6 billion shekels ($450 million))—or 68% of the original demand)—one of these people said.

HPE made the first payment in for a quarter billion shekels (around $70 million) several weeks ago, and will pay the remainder in equal installments over a period of three years, thus ending a dispute played out for over a decade.

In June, an Israeli court set a precedent by ruling in favor of the Israeli tax authority in another case involving the taxation for the transfer overseas of Israeli intellectual property. In 2006 Microsoft bought Israeli automated network support company Gteko for $90 million, and at a later point, transferred Gteko’s intellectual property to the US. The court instructed Microsoft to pay a one-time corporate tax derived from the price of the original acquisition, setting the sum at 100 million shekels ($28 million).

HPE did not respond to a request for comment.