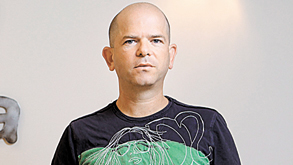 The deal is worth around $200 million, said a persons familiar with the matter

Israel-based Hola Networks Ltd. has agreed to sell a controlling stake in Luminati, the company’s enterprise-facing division, to British Private equity firm EMK Capital LLP, the companies announced Thursday. The deal is worth around $200 million, said a person familiar with the matter who spoke on conditions of anonymity.

Based in Netanya, 17 miles north of Tel-Aviv, Hola developed a peer-to-peer virtual private network. By routing the communication through a computer close to the source server, the service enables users to sidestep local web censorship, unlock geographical restrictions to content availability and avoid location-related price discriminations on online commerce sites.

The company has come under criticism for failing to monitor the type of actions taken by clients of the service, and for the fact that it uses end-users’ bandwidth, without paying for it.

In 2015 hackers used Hola's network to attack 8chan, a U.S.-based image board website. Following the attack, it became apparent that the service was not secure and Hola’s browser extension was temporarily removed from the Chrome app store.

Founded in 2012 by CEO Ofer Vilenski and chief technology officer Derry Shribman, Hola employs over 300 people, around 50 of them in the enterprise-facing division. Hong Kong-Based venture capital firm Horizons Venture Limited and Iris Capital, a joint venture between Orange and French advertising company Publicis Groupe SA, are among Hola’s investors. Founded in 2016 by managing partners Edmund Lazarus and Mark Joseph, previously of Bregal Capital and Oakley Capital, closed a £575 million first fund in February. “We look forward to working closely with such a highly performing team to help take Luminati to the next stage of its growth,” Said Mark Joseph, Managing Partner at EMK in a press release.

Mr. Vilenski and Mr. Shribman will retain a significant stake in the company, with Mr. Vilenski remaining as the division’s CEO.

1.
Luminati is a good option
Either way, they're a decent provider, getting some great reviews, for example: https://proxyway.com/reviews/luminati-proxies