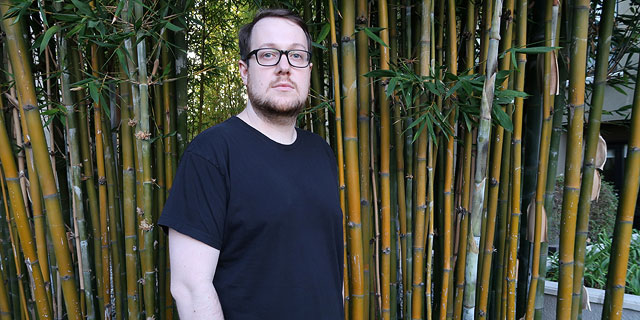 In an interview with Calcalist, the man behind the joke that turned into a $400-million virtual currency warns of the greed and hype that fuel the rise of initial coin offerings

In 2013, Jackson Palmer created a virtual currency called Dogecoin that this year reached a market capitalization of hundreds of millions of dollars. He had meant it as a joke.

Mr. Palmer was a 26-year-old tech worker from Sydney, Australia when it all began. The only players in the cryptocurrency world at the time were Bitcoin, Litecoin, and a handful of imitators. He noticed that every few months a new currency would appear, attracting speculators and large amounts of money, Palmer said in an interview with Calcalist last month. 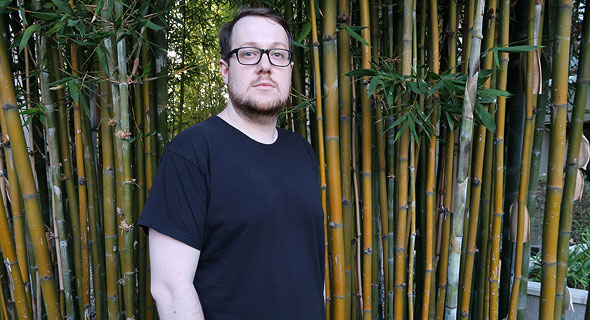 Jackson Palmer, the creator of Dogecoin

Creating Dogecoin was Mr. Palmer’s way of poking fun at the phenomenon. For his coin’s icon, he borrowed the image of a Shiba Inu from the popular Doge internet meme. He then tweeted out, “Investing in Dogecoin, pretty sure it’s the next big thing.” Within two months, Dogecoin was worth $90 million, making it one of the leading cryptocurrencies in the world. In Mr. Palmer’s telling, the next few months were a happy and innocent time for Dogecoin and the community that had gathered around it. Dogecoin was used to crowdfund philanthropic activities like sending Jamaica’s bobsleigh team to the Winter Olympics and digging wells in Kenya. Mr. Palmer said he hoped the playful and educational atmosphere—people were joining to learn about blockchain technology, which enables the creation of digital currencies—would keep away people intent on abusing and manipulating the currency for personal gain. But then, Dogecoin began to change. It turned into a digital currency with an expected constellation of speculators, naive investors, and hype. “It was a very intense and weird time,” Mr. Palmer said. “The joke becomes kind of what it was trying to make fun of and then obviously, I am that guy who did that. People saw me as responsible for all that, and that's a lot of weight on your shoulders.” Next came the scammers. “As communities gain enough attention, people who have potentially malicious intent come into that community and try to exploit it, to make money out of that,” Palmer said. One of those people is Ryan Kennedy, who currently faces trial in the U.K. on charges of fraud and money laundering. Speaking from experience, Palmer warned about the new and popular practice of raising capital through initial coin offerings, which he said are “susceptible” to corrupting influences. “What we’re seeing now, especially with ICOs, is kind of a subversion of what started as a well-intended open software community, being morphed into this very much a profit driven system,” Palmer said. Q: Profit-driven is okay though, right? The economy itself is profit driven. Aren’t you talking about something more? A: Profit is fine, I think. The problem is when the only use case of the technology is profit. If you go into one of the sites that list all the cryptocurrencies today, if you look at them all, they try to talk about use cases. And they’ll say, “Oh, it’s better than PayPal,” or “It’s going to replace visa, or, ‘You’re gonna start sending money with it all the time.” Some people go further than that and,” say “we’re gonna do distributed file storage.” But if you look at the tokens being sold, the only use case, as of today, is people gambling on them to make a profit. Very often with these ICOs, the people investing in it couldn’t care less about the actual technology they're saying they’re funding. The just care about what kind of profit they can make a few weeks after they invest in it. Q: So where is this going? A: That’s the golden question. It could very well keep going for years. If you look at previous bubbles, the dot.com bubble, or even the housing bubble in America which resulted in the subprime crisis, these bubbles can grow and grow and grow until they reach a critical mass. The thing with cryptocurrencies is that cryptocurrencies have historically been accelerated. Everything, including the technology, develops faster than the regular market. I think what we’re going to see is a domino effect. A lot of (the ICO companies) have obviously made very big promises about what they’re gonna deliver. But you have to remember that the ICO craze, the ICO gold rush, has only been happening for the last 4 months or so. June 2017 was when we started seeing these big ICOs. And because of that there’s a lot of runway. I think a lot of people are going to give these ICO companies probably until mid-next year until questions are going to start being asked. It will be a year later, and the people who said, “We’re gonna build all this stuff,” and raised a 100 million dollars—many of them are gonna have nothing to speak for. They’re gonna have no technology. And when that starts happening, investors are going to start asking questions. People are gonna be like, Oh, this was actually, maybe not scam, but a team that wasn’t capable of delivering. Once that starts happening, there’s going to be a cascade effect. There’s going to be a correction. People are going to say, “I’m going to pull my money because these people didn’t deliver.” And as they pull their money out of the space it’s going to have a very negative impact on the market, because everybody’s selling. And the point at which you have all these regular people who put their retirement savings into one of these ICOs, as soon as they’re losing money because everyone else has cashed out because this company hasn't delivered on its promises, you’re gonna start seeing investors freaking out. And when they start freaking out, that’s when you start getting legal action involved, when start the regulators get involved. Q: You’re describing a classic dynamic of a bubble bursting.

A: Exactly. Exactly I don’t think this is going to be different than any other bubble. History doesn’t show why it would be any different.

1.
Jackson needs to STFU
Sorry, I don't trust a word out of this guy's mouth. He gutted his own coin.