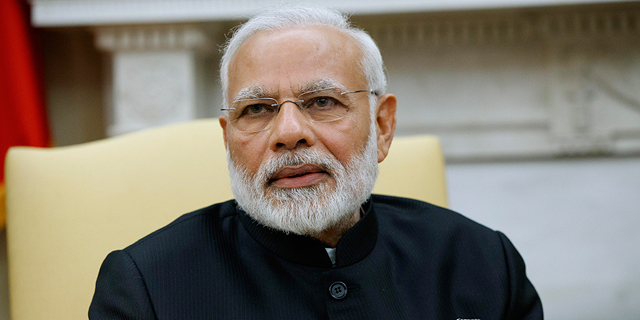 Over the past few years, Israeli defense company Israel Aerospace Industries signed deals worth around $3 billion in India, said a company sales and marketing director

Over the past few years, Israeli defense company Israel Aerospace Industries signed deals worth around $3 billion in India, an executive at the company said Wednesday.

India and Israel formalized relations 25 years ago, but for long years dependence on Middle-Eastern oil and anti-Israel sentiments by India's Muslim population meant ties between the countries remained lukewarm at best; defense, intelligence, and commercial cooperation remained largely out of the public's eye. Noticeably, Israeli-made drones proved crucial in India's military campaign against Pakistan in 1999, giving India a technological edge in the violent confilct.

In May, the company announced it had signed a memorandum of understanding with India-based Kalyani Group to build a maintenance center for air defense systems in Hyderabad.

In 2016, trade between the two countries totaled $4.17 billion, according to data by the Israeli Ministry of Economy.

Israel-based companies in domains including technology, pharma, infrastructure, and agriculture can find opportunities in the Indian market, said Jeremy Lustman, a partner at DLA Piper, at the event.

Reforms initiated by Prime Minister Modi since 2014 have made it easier to do business in India today, said Benjamin Grossman, partner and head of Indian legal practice at Israel-based law firm Amit, Pollak, Matalon & Co. The reforms have made bureaucracy and regulation in India, "more 'investor friendly,'" said Mr. Grossman.