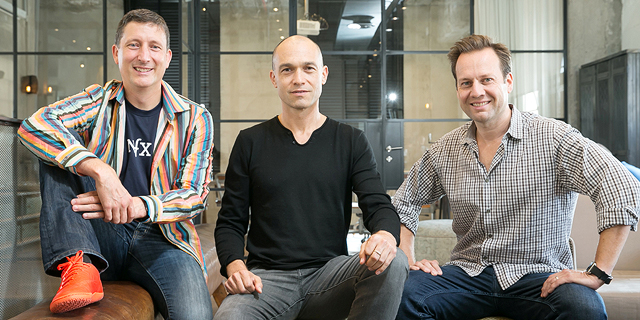 We changed everything but the way we raised funding from industry investors, said NFX co-founder Gigi Levy-Weiss in interview with Calcalist earlier this week.

San Francisco-headquartered venture capital firm NFX was established in 2015 By Israel-born Mr. Levy-Weiss and his American partners James Currier and Pete Flint. On Tuesday, the firm announced it has raised $150 million for a new fund that will focus on early stage tech investments.

Mr. Currier said he understood the current investment model was broken and when he was still working at Boston-headquartered Battery Ventures L.P. in the 1990s.

One of the frequent criticisms levied against venture capital firms is that their profits are not a result of successful startups being sold but of annual 2.5% management fees they draw each year. Totaling in the billions of dollars, many in the industry feel this money is used to pad the pockets of investors instead of assisting the founders and their startups. NFX's founders don't intend to draw salaries. All the money taken in management fees will be invested back into the fund and its development, said Mr. Levy-Weiss. They believe that the most important aspect of management is the work the firm is doing with the entrepreneurs, so that's where the money will go, he explained, adding that the success of the entrepreneurs means the success of the firm. The key to this model is a software system developed by the company's 12 employees, most of them Silicon Valley programmers. The programs created are like a LinkedIn for the tech industry, and its purpose is to connect NFX to the entrepreneurs, and those entrepreneurs to other potential investors. When an entrepreneur looks for investors in Israel, for example, he needs to search through various people he knows and connections he has, Mr. Flint explained. The network takes that one step further, letting all entrepreneurs log on and connect with NFX and also with other people in the industry they wouldn't necessarily reach otherwise. NFX's founders believe that programs like their venture capital platform will change the face of the industry in the next ten years. As people who founded 10 companies sold for over $10 billion between them, Messrs. Levy-Weiss and Currier added, they all know the power of programs and networks in creating value first hand. Their program is meant to change many processes in the industry, from the process of identifying leading companies to recruitment. Over 60% of funds do not create the required returns for investors today, Mr. Levi-Weiss said, explaining that many of the startups funded are picked for the wrong reasons. NFX has links to Israel through its offices in Tel Aviv and through Mr. Levy-Weiss, once the CEO of successful Israel-based online gambling outfit 888 Holdings PLC. In August, social gaming company Plarium Global in which Mr. Levy-Weiss was invested, was bought by Sydney-based gaming machine company Aristocrat Leisure for $500 million. The same month, Hola Networks Ltd., another company included in his investment portfolio, sold a controlling stake in the company’s enterprise-facing division Luminati to British Private equity firm EMK Capital LLP.

The biggest problem of the Israeli technology scene is its lack of diversity, Mr. Levy-Weiss opinionated. As more and more multinationals open development outposts in the country— 87 companies have done so since 2014, according to data from non profit organization Start-Up Nation Central—the constraint on the dwindling local talent pool will grow.

The industry needs to integrate minorities like Arabs, women and ultra-Orthodox Jews if it wants a long-term solution, Mr. Levy-Weiss concluded.