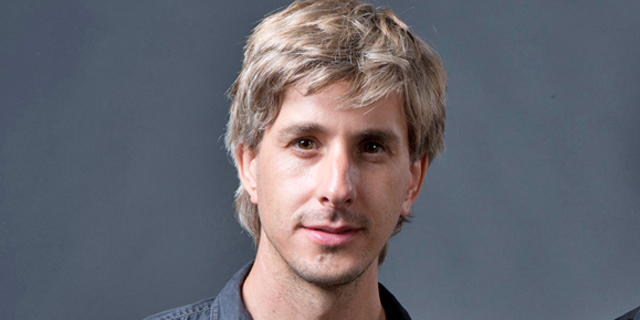 Israeli Entrepreneur Lashes Out at Amazon

Ishay Green, co-founder, and CTO of social engagement startup Spot.IM, responds to the controversial recruitment tactics used by the ecommerce behemoth in the country

The blowback from Israeli startup executives who are accusing Amazon of aggressively poaching their workers continues, with some threatening to abandon the company’s cloud services. In an interview with Calcalist on Wednesday, Ishay Green, Spot.IM’s co-founder and chief technology officer, said Amazon’s practices are “terrible” for the tech industry in Israel.

In posts to his social media accounts on Tuesday, Shai Wininger, president of insurance startup Lemonade Inc., said that the ecommerce behemoth is aggressively poaching his employees.

“Just learned that Amazon is actively targeting and trying to poach Lemonade Inc. employees,” Mr. Wininger wrote on Linkedin. “I wonder if that's their idea of supporting the startup ecosystem,” he wrote, adding that he is reconsidering his company’s use of Amazon AWS.

“They even do it to companies that are paying them more than $1 million per month for AWS,” tech entrepreneur Eyal Gura, co-founder, president and chairman of the board of Zebra Medical Vision Ltd., commented.

In a comment made Wednesday to Mr. Wininger’s Facebook post on the matter, Mr. Gura wrote he has already decided “to transition out of AWS” in response to the company’s tactics.

Other Israeli tech entrepreneurs responded to Mr. Wininger’s explosive claims by choosing to air out their own grievances with Amazon.

Mr. Green from Spot.IM said that in one case, his company was going after an employee also courted by Amazon. The ecommerce company offered the potential hire twice the salary offered by the Israel-based startup. Spot.IM backed down.

Mr. Green said Amazon must have realized that it is more cost-effective to poach engineers from Israeli startups with offers of market-breaking salaries than acquiring whole companies. He said Facebook has been following the same rulebook when it comes to hiring.

Mr. Green said that after consulting with an Israeli lawmaker, he came to the realization that no regulatory steps can be taken against the tactics allegedly practiced by Amazon in the country.

After leasing 11 stories in a Tel Aviv high-rise, Amazon is planning to recruit around 100 employees in the country for a new unit focused on the development of features for Alexa, its voice-activated personal assistant system.

Early stage companies cannot build teams by offering salaries as high as the ones offered by Amazon, Mr. Green said.

Update: On Wednesday, Mr. Wininger replied to LinkedIn commenters who downplayed his claims of aggressive poaching by Amazon. “Amazon claims that it's in their interest to support the startup ecosystem. Poaching employees from their customers is a breach of confidence,” Mr. Wininger wrote.