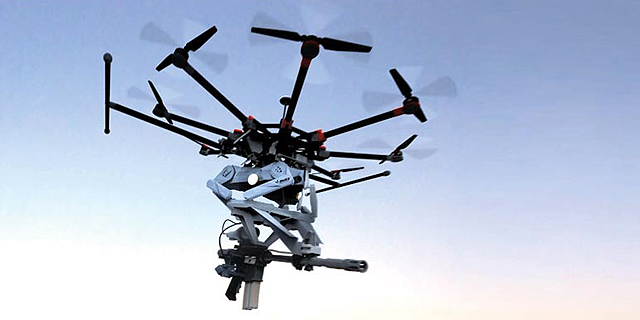 This is the third year of the contest. Over $200,000 in prizes will be awarded to the most promising startups

The U.S Department of Defense has partnered with the Israeli Ministry of Defense for the third time to hold an anti-terrorism competition for both Israeli and non-Israeli startups. The Israeli branch of the MIT Enterprise Forum is also a partner.

Called the Combating Terrorism Technology Startup Challenge, or CTTSC3, this year’s contest offers the general technologies track, open to startups in any technology domain, and also a new urban navigation technologies track open, to startups developing navigation solutions that do not depend on GPS. This is an increasingly important requirement for anti-terrorism professionals, who often need to operate indoors or in environments where GPS is not available.

The deadline for application is March 9, 2018. The most promising startups will be selected to present live at the Combating Terrorism Technology Conference held at Tel Aviv University on in June. Finalists of the navigation track will also demonstrate their technologies in a dedicated urban navigation test facility in Israel.

The winning startup of each track will receive a $100,000 cash prize, with runners-up receiving $10,000 each. All participants will also have the opportunity to introduce their work to relevant customers and sponsors, such as officials from the U.S. and Israeli governments, and international investors, customers, and partners.

"This contest reflects how governments are increasingly turning to the startup ecosystem which is able to develop and deploy innovations far faster and more cost-effectively than traditional large defense-contractors can,” said Gideon Miller, Chairman of the CTTSC, in a statement. “It also reflects the trend of governments moving to adopt technologies from the commercial world, rather than developing solutions from scratch.”

"We chose Israel as the location for this contest because of the breadth, depth, and creativity of the local ecosystem,” said Adam Tarsi, International Program Manager, U.S. Department of Defense, the Combating Terrorism Technical Support Office.

The winner of CTTSC2, held in 2016, was the Israel-based Duke Robotics Inc., a startup founded in 2014 that develops 'The Future Soldier' robotic weaponry system on a drone platform. In 2015, the first prize was awarded to Tel Aviv-based InSoundz Ltd., a startup developing a technology that’s capable of zeroing in on voices despite surrounding noise.