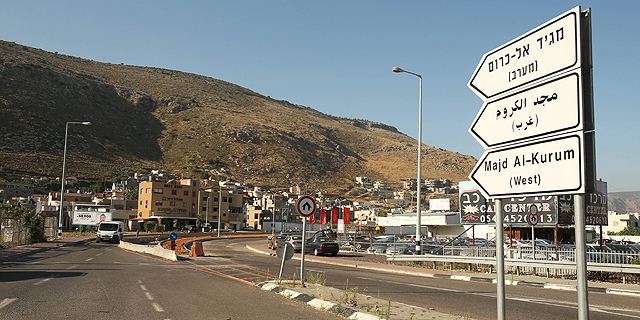 Apple is partnering with Israel-based Arab-Jewish technology Incubator on a new augmented reality innovation lab. The lab was inaugurated on Thursday.

The lab is the brainchild of Aharon Aharon, current director of the Israeli government innovation investment arm and former general manager of Apple's activities in Israel, said the incubator's founder Asaf Brimer in an interview with Calcalist last week. Called “Moona, a Space for Change,” and based in the Galilee village Majd al-Kurum, the incubator also offers educational programs for students.

Moona will operate the lab, and Apple’s application development team in Israel will play a supportive role. Apple will also furnish the lab with computers and iPads, and provide technical support.

Apple started operating in Israel in 2011 with Mr. Aharon as its first on-ground employee, and currently employs some 900 people in the country, making Israel the company’s second largest research and development center outside the U.S.  The same year Apple acquired Israel-based Anobit Technologies Ltd., a startup developing flash memory hardware. In 2013, the company bought PrimeSense, an Israeli company developing hardware for 3D sensing, which was involved in the development of Apple’s Face ID technology.

“We wouldn't have started an effort here if it wasn't a long-term strategic plan and roadmap,” said Johny Srouji, Apple’s senior vice president of hardware technologies, in an interview with Calcalist in November. “We don't do things for one or two years. We are here for the long term.”

Born in Haifa, a port city in the north of Israel, Mr. Srouji comes from a family of Christian Arabs, a minority within a minority in the largely Jewish country. He currently leads Apple's push into in-house chip design.

Established in 2013, Moona aims to connect communities through advanced space and robotics technologies and be a local engine of growth and development.  The organization has set its sights on expanding the local tech labor pool through the integration of different populations in the country. “The industry has a limited potential for growth without the integration of additional populations, and without a connection forming between those populations,” Mr. Brimer, a former pilot for the Israeli air force, said. Moona’s programs are not open just to Arabs with an Israeli citizenship, Mr. Brimer explained, but the organization has been established in an Arab village following a belief that progress and development are not the purview only of specific demographics, but can take place anywhere. An August 2017 study by the Israeli Ministry of Finance found that Arabs with Israeli citizenship account for only 1.4% of the lucrative technology jobs in Israel, despite comprising around 20% of Israel’s population. Furthermore, only 58% of Arab graduates in STEM faculties find jobs in Israel-based tech companies, compared to 75% of Jewish graduates.   Currently, Moona operates three main programs. The first is a multi-year drone program for Jewish and Arab youth, where mixed teams develop, build and fly drones. The teams participate in a national competition at the end of each year. The second is an escape room program for students, which teaches math, sciences and electronics, in addition to skills such as story development and puzzle creation. The third program is a practical accelerator that connects aspiring entrepreneurs with professional mentors, and provides job experience to students and recent graduates. The innovations developed with Apple’s support will be incorporated into Moona’s drone and escape room programs, which are currently offered in around 100 Arab and Jewish schools in Israel. Apple intends to provide competing students with app development experience, and will provide instruction on how to design AR applications using its software development kit ARKit.

The new lab will Initially employ a senior full-time engineer, an additional part-time engineer and four students. Both the operational scope and the employee count are expected to increase in the future.

This article has been updated. A previous version stated that the partnership with Moona is Apple's first philanthropic venture in Israel.