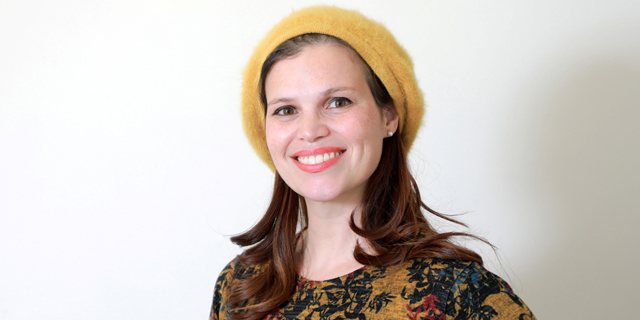 Breast milk is not just essential for infants, it also contains nutrients that can offer medical benefits to adults, according to Avital Beck, co-founder and CEO of Israel-based breast milk testing startup MilkStrip. MilkStrip is one of ten startups founded by ultra-Orthodox men and women that were selected to participate in a special program by KamaTech, a nonprofit organization working to integrate Israel's ultra-orthodox population into its technology industry, at Calcalist’s “Mind the Tech” conference held this week in New York City.

MilkStrip was founded in 2017 by Ms. Beck, a mother of six, and Hadas Shatz-Azoulay, a mother of five, both molecular biology researchers at Israel’s Weizmann Institute of Science. The company develops a testing strip that tests the quality and makeup of breast milk using a single drop. A photo of the test strip is uploaded to a mobile app that analyzes the sample and provides recommendations.

The data gathered by MilkStrip’s technology may mean more efficient testing and further scientific developments and health-related uses for breast milk, Ms. Beck said in a phone interview with Calcalist in February. “Our main goal is to keep mothers at ease and encourage breastfeeding, but we are also concerned with big data—there just isn’t enough information about breast milk in general and pre-pumped milk in particular,” she said. MilkStrip is currently developing a prototype and is in the process of raising investments for further research and development.

The first products are aimed at pre-pumped and frozen breast milk and are meant to test whether refrigeration or defrosting have damaged its quality. In the future, the company plans to add additional tests identifying the levels of essential or potentially harmful components in the milk according to various categories and the infant’s age. The app will analyze the components and offer dietary recommendations to treat any deficiency or issue.

3.
Brilliant
I understand KathyT and Shilgia's reasons for pause. Mothers could run for the hills if they feel their breastmilk is inadequate. However if such technology is put in the right hands it could in fact helps mothers. For example, if certified lactation consultants, nurses and other professional could utilize such strips to help provide guidance to mothers. Also these strips would be invaluable to reassure mothers who give birth to a premature baby....the strips are Brilliant creations. WIC?
2.
Milk Data
Sound like another way to make women fear their milk is somehow inadequate. The testing would be fine if it were just to check the quality of frozen milk but looking for deficiencies in the most perfect food for an individual infant is hubris. Women need not worry about the quality of their milk because nothing on earth compares to it.
1.
not sure...
Oj... even if the idea was meant to help in a way and it is for sure not bad- BUT I can already see how that will load even more pressure on future mothers- to check their milk every day, to improve their milk etc.. and what if the milk is not perfect? It could even lead to less breast feeding- if a mother thinks that her milk does not meet the "standards" ...