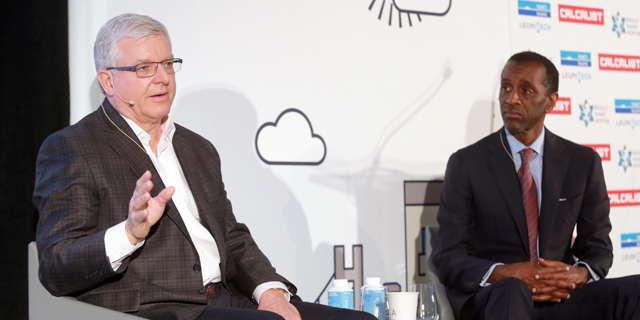 How the NBA Plans to Bring the Arena to the Fans

Speaking at the Calcalist’s Mind the Tech conference in New York, an NBA vice president discusses how virtual reality technology is changing the spectator sport

With its acquisition of the Israel-based startup Replay Technologies, Intel established a new business unit called Intel Sports. Then, the chipmaker added True VR Technology. Since that moment, virtual reality technology, which allows viewing an NBA court from many different angles, has become a integral part of NBA broadcasting.

However, Stephen Hellmuth, the NBA’s executive vice president of operations and technology, says the league has asked Intel to make the technology faster so that announcers could make better use of unique camera angles in real time. He was speaking on stage at Calcalist’s tech conference, held this week in New York. 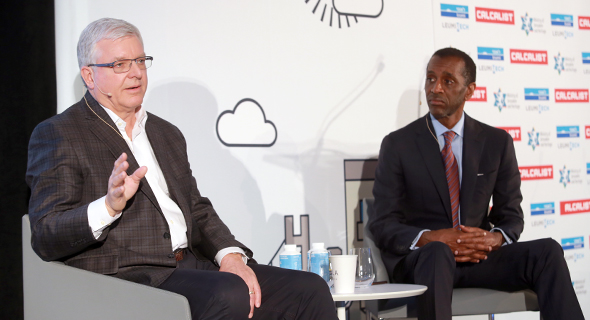 According to Mr. Hellmuth, the NBA is also interested in setting up virtual reality broadcasting from physical locations. Short of having every fan inside the arena, VR offers the best way to convey the experience to as many people as possible, Mr. Hellmuth said. That’s the only way to see the physicality and speed of the game, he added. About a decade ago, the NBA tried to incorporate 3D into its broadcasting, but soon dropped the attempt. The technology failed to deliver the experience of being inside inside an arena, Mr. Hellmuth said. Intel introduced a 10,000-square foot VR studio at the recent CES. Mr. Hellmuth believes that the standard of success for that studio is James Cameron’s movie, Avatar. Mr. Cameron managed to blur everything but the focus of the scene in every shot, Mr. Hellmuth said. VR technology cannot reproduce that effect quite yet. But, Mr. Hellmuth says, Intel is working on it.

Shawn Bryant, who heads Intel Sports and shared the stage, asked Mr. Hellmuth how mobile figures into the adoption of VT technology. Mr. Hellmuth responded, saying the next generation of mobile phones will be a turning point.