The content industry has not changed profoundly for many years but while the essence of storytelling remains the same, artificial intelligence can be used to automatically write texts, compose music or produce video content, Mr. Dayan said.

Automation minimizes production time, reduces costs and increases creativity, allowing storytellers to focus on the story, without having to deal with the costly and time-consuming technical aspects of video production, Mr. Dayan said. “The Web is becoming increasingly more visual and social media platforms encourage and give priority to video content,” Mr. Dayan said. But video is hard to produce, it takes time, money and trained professionals, he added. Video is no longer an option for content makers, it is an expectation and if they do not produce video content they will disappear, he said. 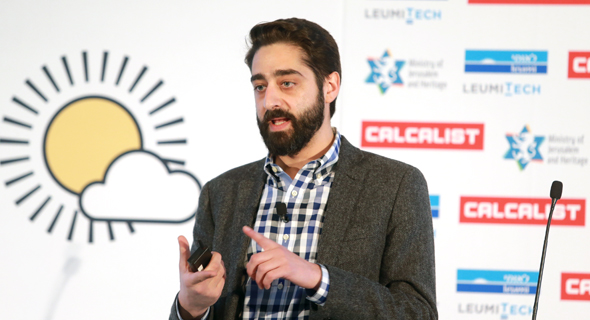 Founded in 2011, with additional offices in Tel Aviv and Paris, Wibbitz develops an artificial intelligence-based online service that automatically creates short-form videos from existing texts, like articles or briefs. The service is used by publishers such as Reuters, Bloomberg, CBS Interactive, and Forbes, to transform written articles into videos that can be shared on social media, and is capable of adapting to the requirements of different social networks. In October the company announced a $20 million funding round, bringing the company’s total equity funding to $30.8 million.

Wibbitz’ algorithm can not only recognize a certain text is a sports-related article but can also automatically figure out the exact genre of the story, Mr. Dayan said. The video is created automatically but a human operator can fine tune and control the final result, requiring less than 30 minutes of training, he added.