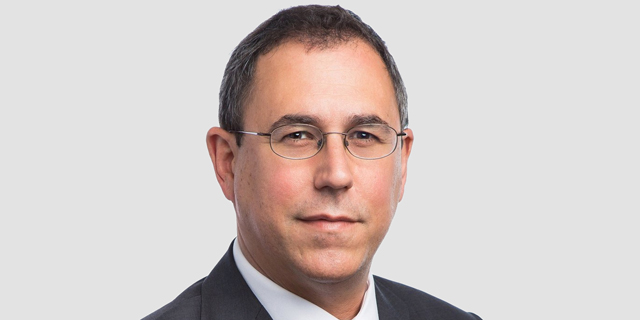 The Story of Fake News Is the Story of Monopolies, Says Antitrust Crusader

The fight against monopolies should be held in the political arena, according to American journalist Barry Lynn. In the U.S. presidential race of 2020, he wants antitrust policies to be among the top three issues debated by the presidential contenders. “I see no reason why it shouldn’t be the top issue,” he said in a February interview with Calcalist. “It’s tied to everything. Do you want to know why your job sucks, why your wages are down, why you can’t start a business? There’s a reason for that.”

Mr. Lynn has been studying monopolies for the past 20 years. What he learned has convinced him that monopolies are not only dangering the American economy but are a threat to the personal freedoms of Americans. Mr. Lynn had published two books and countless articles during his 15-year anti-monopoly campaign but did not make headlines until June 2017, when a monopoly lashed back at him. 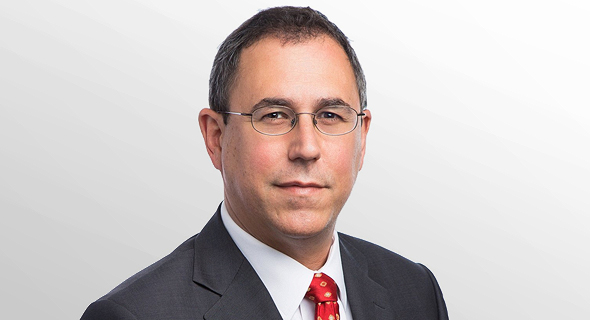 That month, the European Union’s antitrust watchdog fined Google $2.7 billion (€2.4 billion) for manipulating search results in favor of Google-owned shopping services. Mr. Lynn, then a senior fellow at the New America Foundation think tank in Washington, D.C., published a message in support of the ruling, calling the U.S. authorities to follow the E.U. and act against Google and other tech superpowers. Two days after the message was published, New America, where Mr. Lynn had worked since 2001, had cut ties with him and his entire research team. Mr. Lynn had since said that it was Eric Schmidt, then-Executive Chairman at Google, who pushed for his termination. Google has donated $21 million dollars to New America over the years, and Mr. Schmidt has even served as the chairman of the think tank. New America and Google both denied any connection between the tech superpower and the decision to let Mr. Lynn and his team go. The story provoked great interest in the U.S., and Mr. Lynn thinks it had a role in bringing the conversations about monopolies to center stage. The timing was right: the American public had recently learned about the role Russian hackers allegedly had in directing the presidential elections by manipulating, among other things, information shared on Facebook and Google. Online retailer Amazon had just bought premium grocery chain Whole Foods, making another leap into brick and mortar retail world and threatening to change the way American connoisseurs bought high-end food items. The dismissal of Mr. Lynn and his team was another proof of the power Google has, and the way it chooses to use it, he said.

Following his departure from New America Foundation, Mr. Lynn was pronounced the spearhead in the fight against monopolies. In January, a Bloomberg Businessweek article called Mr. Lynn, the “de facto leader” of the antitrust movement in the U.S. in August 2017 Vox called Mr. Lynn “the primary intellectual mover” behind U.S. antitrust policy. Americans seemed to be awakening to the perils of monopolies.

According to Mr. Lynn, there is nothing ‘technical’ or ‘dry’ about antitrust policy. It is political, he said. Monopolies, protecting democracy, protecting personal liberties, the community. In many ways, Mr. Lynn said, this is one of the most fundamental human rights. What paved the way for the rise of the American monopoly economy was the Chicago school of economics, a line of economic thought that can trace its roots to the 1970s University of Chicago, and gained popularity during Reagan’s America in the 1980s. According to the Chicago economic view, authorities should not focus the structure of the market, limiting the power of monopolies or restricting the rise of industry giants, but rather concentrate on promoting the short-term welfare of the consumer by regulating prices. One way to understand this agenda is that it aimed to take care of consumers by enforcing a dictatorship on producers and manufacturers, Mr. Lynn said. “They like to teach us that what is designed to help consumers helps us all because we are all consumers,” Mr. Lynn said. “Well, everyone is also a producer, and the thing is that one of the ways that they’re supposedly helping us as consumers is concentrating power over us as producers, power over us as workers, power over us as would-be entrepreneurs, power over us as people who have new ideas to bring to market,” he said. “This power is a loss of liberty,” Mr. Lynn said. “When there is more concentration of power within any particular labor market it means I have less ability to find myself a new boss. I have less liberty to get up and leave when I feel this ain’t the right fit. That is political harm. The founders understood that economic liberty and political liberty went hand in hand in multiple ways and that if you allow the concentration of power in the political economy, you will subvert all your liberties in the political realms. You cannot separate the two.” *** Mr. Lynn, who now serves as the director of the Open Markets Institute in Washington, D.C., became interested in monopolies in 1999, after a severe earthquake in Taiwan effectively paralyzed a large number of U.S. computer manufacturers, all of which used the same Taiwanese chip. The incident made Mr. Lynn understand that the supply chain was too concentrated, he said. Since then, market concentration shifted from the large manufacturers to a new type of industry, and the power shifted to the hands of tech superpowers such as Google, Facebook, and Amazon. According to Mr. Lynn, what directed the spotlight onto the concentration of power of these superpowers were Fake News. “These giant companies—and this is a classic thing with monopolies—actually didn’t understand what was going on within their systems. Like in the case of Facebook leaving the back door open so a bunch of Russian hackers could use the machine to wreak havoc,” Mr. Lynn said. According to him, “the fake news story is a monopoly story,” because it revolves around two powerful corporations—Google and Facebook— that bottlenecked the exchange of information in America.

Mr. Lynn said former Supreme Court Justice Louis Brandeis spoke about the dangers of power concentration approximately one hundred years ago. “Super large companies are bad because they’re too powerful—when they choose to be. They’re also bad because they are too lazy and clumsy and have no idea what is going on most of the time. Because their size means they don’t have to pay attention,” Mr. Lynn said.

“It seems like a paradox, being immensely powerful and also immensely stupid. But when you think about it, it actually makes a lot of sense. If you are immensely powerful, it gives you the sense that you can be stupid, you let down your guards. That is the psychological explanation, and there is also a financial explanation: once you’ve got all that power, you just cut the amount of money you invest in keeping your systems up. That’s how you increase your profits. And since you don’t have any rivals, you have nothing to fear,” he said. “Day to day, you can also be fantastically inefficient, and really have no idea what’s going on in your own company.”