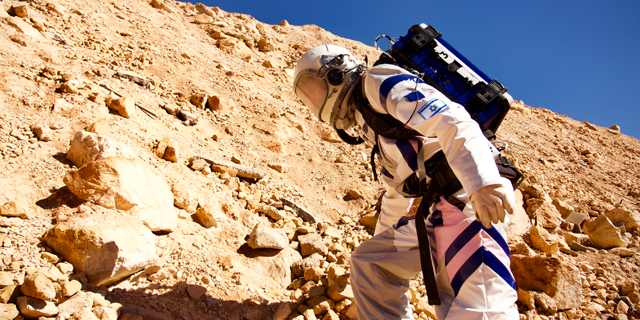 Current laws applying to space and other planets were formulated with people living on Earth in mind, says Israeli researcher Dov Greenbaum

Some people look to the stars and see the only way for humanity to escape the risk of perishing if Earth becomes uninhabitable. Israeli researcher Dov Greenbaum sees a legal mess.

Current rules applying to space and other plants were formulated with people living on Earth in mind, said Mr. Greenbaum, Director of the Zvi Meitar Institute for Legal Implications of Emerging Technologies at the Interdisciplinary Center Herzliya (IDC), an Israeli research college.

In January 1967, the U.S. and the Soviet Union signed the outer space treaty, forming the basis for today’s international space law. Signed by 107 countries, the treaty forbids any action that could introduce contamination to other plants or celestial bodies. It also states that such bodies cannot be appropriated or claimed by any sovereign entity. The treaty was created at a time when only governments had the power required to reach space, but today there are private entrepreneurs and commercial companies who have those capabilities but are not constrained by the same agreements, Mr. Greenbaum said on Tuesday at a conference in Israel. The conference was hosted by IDC’s School of Sustainability, together with the Israel Air Force Association’s Fisher Brothers Institute for Air and Space Strategic Studies and D-MARS, an Israel-based research project looking to simulate life on Mars. If we are to colonize other planets, such as Mars, Mr. Greenbaum said, people will need to set up sustainable activity such as farming, and they will want to own property—houses, mines, etc. Today’s laws mostly regulate space in the context of the earth itself—military and research purposes, communication satellites, and environmental monitoring, but as technology will evolve, the laws will need to be updated, not just regarding property law but in areas such as criminal law, customs, and immigration.

One way to do that, Mr. Greenbaum said, would be to create a governing body representing all countries on earth, which will be in charge of regulating activity on other planets. A second option: creating a treaty like the Antarctic Treaty, which states that Antarctica will be used exclusively for peaceful purposes and no governing body has a claim on it, though its enforcement might prove difficult. Other possibilities: applying deep sea law or equitable sharing. There is a current precedent, Mr. Greenbaum pointed out: the international space station, which constitutes a collaboration between several governing bodies and for which a legal framework has already been created.