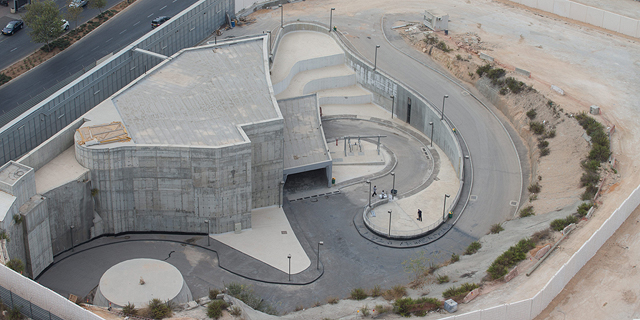 The bunker was modeled after underground closed cities in the U.S. It can house hundreds of people, according to reports

Israeli Prime Minister Benjamin Netanyahu has decided to relocate all future meetings of the cabinet to an underground bunker in Jerusalem until further notice, according to several Tuesday Israeli media reports.

A spokeswoman for the Prime Minister’s office declined to comment.

According to a Thursday report by Israeli daily Yedioth Ahronoth, the bunker was modeled after underground closed cities in the U.S. and includes meeting rooms as well as functional spaces such as bedrooms, workspaces and a cafeteria large enough for a few hundred people. It was built to the sound of several billion shekels, according to the report. 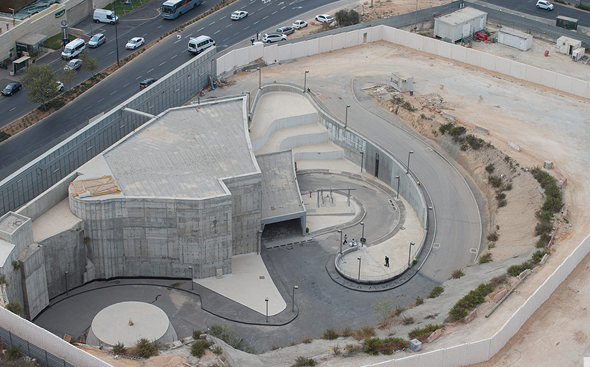 Citing a person who visited the bunker, Yedioth Ahronoth reported that 95% of the bunker is underground, and the only entrance is through elevators. The report goes on to cite that person as saying that the elevators give passengers “Sci-FI” feel and that the bunker itself gives visitors the feeling it is “completely disconnected from the world.”

The bunker was built to house an Israeli national crisis management center, and to serve as a place from which the Israeli government can safely govern Israel in a state of emergency. A decision to set up a national crisis management center was made following the events of the 2006 war in Israel’s northern border which saw the country invading Lebanon, and Hezbollah forces launching thousands of rockets into northern Israel.

Recent violent clashes with Palestinian protesters along the Israel-Gaza border resulted in several dozen fatalities on the Palestinian side. On Saturday, several Israeli aircrafts attacked Hamas targets in Gaza, after several Palestinians cut through the fence at the border and lobbed a molotov cocktail at an Israeli sniper post.

Yedioth Ahronoth cites a person who has been to the bunker as saying the site was built to be “the place from which commands will flow when Israel is ablaze.”

2.
So while the citizens perish, the leadership and their families go hide??
Nice to know that while the country is ravaged and countless citizens perish, this 'aristocracy of entitled families' will survive to eventually emerge and pick up the pieces. Let me tell you this: if the poo hits the fan, it will be surviving Israelis that await the emerging leaders with vengeance in their hearts and minds. You will not be greeted like the Messiah, I assure you. Better to turn the place into an underground hospital than a refuge for entitled fools who put the country in harm's way. I wonder if this is a dry-run for when Israel attacks Iran?
1.
Not sure what to make of this ...
Is this a place for the government to disconnect from the worries of regular citizens? This disconnection is for making rational decisions without bothering of emotions or it might affect even their attachment feeling to the rest of us, governed by them? "hundreds of people" means how many family members of the current government (maybe greater family and loyal friends)? In the eventuality for which this luxurious bunker was constructed, how many citizens they expect to govern after ....?