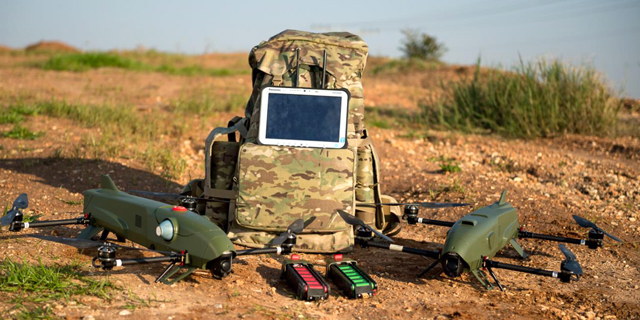 In a video released by the state-owned company, the drone, designed to be carried, launched and controlled by a single combatant, is seen attacking several targets in heavy wind conditions

Israel Aerospace Industries Ltd. (IAI) has completed a proof of concept for a so-called “suicide drone that uses a grenade to attack targets, the IAI announced on Wednesday.

IAI, which is controlled by the Israeli government, recently carried out a demonstration of its Rotem unmanned aircraft system designed to remotely attack and destroy targets in combat situations. The Rotem was designed to operate even in rough field and weather conditions. A video recording of the demo shows the drone attacking several targets under heavy winds in a desert area in Israel’s south.

Weighing just over 14 pounds, including the grenade, the collapsable drone is designed to be carried, launched and controlled by a single combatant moving on foot.

Once in the air, the drone, operated by a quiet electric engine, transmits high-resolution visuals to a tablet device allowing the operator to monitor the situation and lock on to a specific target from a safe distance of up to six miles. The operator can abort or alter the drone’s mission at any time.