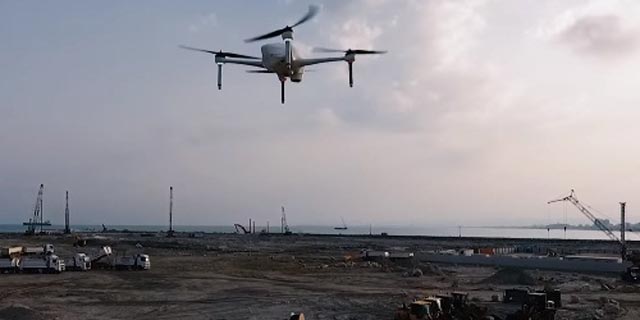 For drones to run errands for us one day, they have to be able to fly and navigate autonomously, pick up and carry loads, and conserve enough battery power to make such trips practical. But that’s just the beginning. For true autonomy, drones will have to learn how to locate repair centers and charging stations, negotiate transactions, and spend or receive money.

An Israel-based nonprofit called the DAV Foundation is developing a common computer language that would allow drones to interact with their environment and autonomously purchase goods and services like pizza or battery charging time. Each transaction that happens on the DAV network is automatically recorded and secured on a decentralized database known as a blockchain with no need for financial intermediaries. Last month in Berlin, Dav arranged a pilot to demonstrate how this might work. A drone broadcast that it’s looking to plug in its battery and found a charging station. The cost for the charge was agreed upon and the drone landed to receive the service. When it was done, the drone transferred payment tokens from its wallet to the charging station. The drone was supplied by a Russian company, the charging station by a German company and the routing service by an American company. “They were all able to work together so that thedrone could carry out its mission autonomously,” said 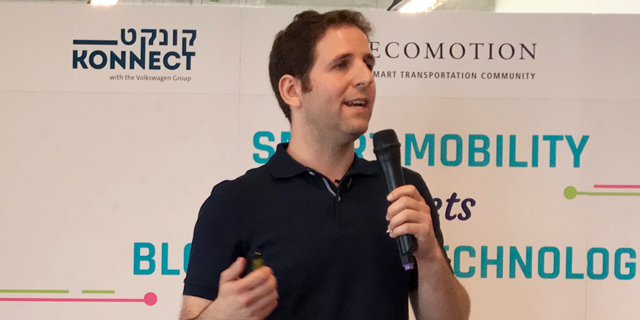 . “It's not enough to give vehicles a way to go from point A to point B if they always have to go back to their home base to recharge like a rumba,” Mr. Ater said. The drones must be “truly autonomous and find the services they need and consume them.” Mr. Ater was speaking on Wednesday at an event entitled “Smart Mobility meets Blockchain Technologies,” which was hosted in Tel Aviv by Ecomotion, a community organization catering to Israeli startups in the areas of transportation, smart cities, and logistics. DAV, which is short for Decentralized Autonomous Vehicles, completed this week a crowdsale of its eponymous token, raising 40,700 ether coins in about two weeks. At the current market price, those coins are worth nearly $18 million. The initial coin offering “will allow us to operate for the next few years,” Mr. Ater said. Like many blockchain initiatives seeking regulatory clarity, DAV is registered in Zug, Switzerland. But the organization itself is based in Tel Aviv, where DAV has 18 employees working out of a local WeWork space. Two of the company’s executives previously held senior roles at the Ethereum Foundation, one of the most respected bodies in the emerging blockchain ecosystem. John Frazier, a DAV co-founder, was in charge of communications for Ethereum, and Tung Chan has taken a position as DAV’s general counsel after having served in the same role at Etherium. Mr. Ater said that creating a “decentralized marketplace for transportation services” is necessary, otherwise, each company would have to deploy its own network of charging stations, and services centers and protocols.

“This would create a huge upfront cost for newcomers who are trying to enter this field and it would stop innovation,” he said.

1.
DAV is a Great project
We are following this project for quite a while. DAV's transprancey policy is remarkable. Keep updating your community! Go DAV go!