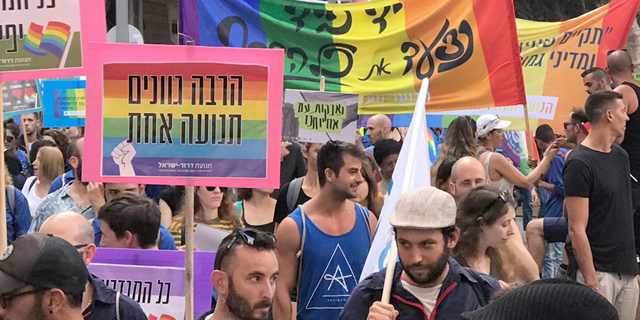 80,000 people participated in a protest held in Tel Aviv Sunday night which called for equal rights to the LGBT community, according to organizers’ estimates. One woman was arrested for allegedly attacking a police officer, according to Israel Police.

A new surrogacy law approved by the Israeli parliament on Wednesday provoked countrywide protest after failing to extend the right to use surrogacy to the country’s gay population.

Members and supporters of the Israeli LGBT community called for a general strike on Sunday, a call that was quickly heralded by a large number of companies and organizations operating in the country. Protests were staged all day Sunday in Tel Aviv, Jerusalem, and other cities across the country.

Israeli non-profit LGBT Task Force, which organized the strike, said the protest is meant to address years-long and widespread discrimination in a country that flaunts values of liberalism and tolerance when courting international pink dollar, while at the same time denying gay rights such as same-sex marriage and adoption.

Among the companies to back the Israeli LGBT community are Apple, Facebook, IBM, eBay Israel, Microsoft, and Teva Pharmaceutical Industries Ltd.