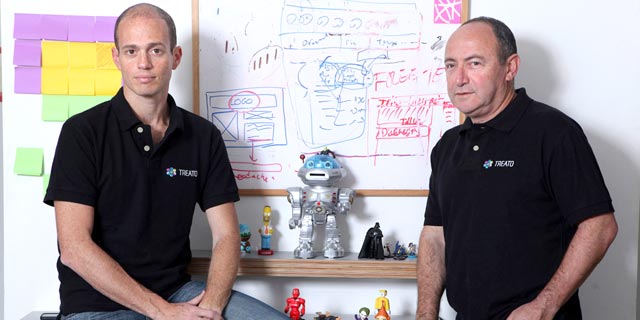 Treato, a Startup that Wanted to Replace Dr. Google, Shuts Down

Launched in 2011, Treato operated a platform designed to gather and analyze user-generated health-related information and offer insights on medical conditions and medication

Israeli medical intelligence startup Treato Ltd. has shut down. Earlier this month, it filed for liquidation at the Tel Aviv District Court.

Founded in 2011 by Gideon Mantel and Ido Hadari, who served as the company’s CEO, Treato operated a platform designed to gather and analyze user-generated health-related information as well as professional medical advice and offer insights on medical conditions, symptoms, and medication. Before shutting down, Treato employed ten people in Israel and the U.S. The company employed a team of 20 in 2012, and as many as 46 employees in its heyday, between the years 2013 and 2015. 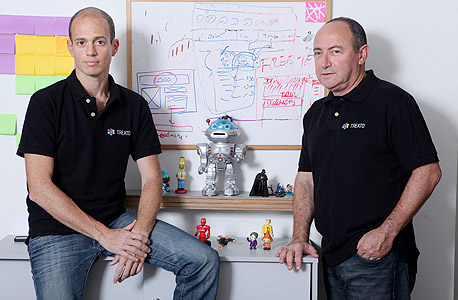 In court documents reviewed by Calcalist the company stated it was unable to secure sufficient funding or get an acquisition offer, and that it is in a state of insolvency. The company reported $352,716 (NIS 1.3 million) in assets and a debt of $8.4 million (NIS 31 million). Treato has raised $35.5 million in funding, according to Pitchbook data. New Leaf Venture Partners, OrbiMed, REV Venture Partners, and Western Technology Investment are some of the company’s investors. In 2015 and in 2016, Treato called on its stakeholders for two rounds of debt financing and was able to raise an additional $8.75 million. A 2016 cost-cutting program that saw Treato shed a third of its workforce, shut down a New York office, and hire strategic consultants did not cut it, with New Leaf dropping as a backer in 2017. Treato attempted to streamline its operations further, letting go half of its remaining employees and shutting down a New Jersey office. At the same time, it negotiated an acquisition deal with an undisclosed potential buyer, which ultimately fell through. Mantel was the co-founder and long-time CEO of Commtouch Ltd., a company founded in 1991 as an email service provider. The company debuted on Nasdaq in late 1990’s, reaching a market capitalization of $1 billion in 2000 before crashing all the way down to a $2 million market capitalization in 2002. Later, the company managed to reinvent itself as an antivirus developer and climbed back to a $100 million market capitalization. Hadari took over as Commtouch CEO in 2010. In 2014, the company rebranded as Cyren.

On Tuesday, a source familiar with the matter told Calcalist on condition of anonymity that Israeli insights company Signals Analytics Inc. intends to hire Treato’s research and development team. Signals Analytics develops an analytics platform designed to offer insights into the development processes of pharmaceuticals and consumer products. In response to Calcalist’s request for comment, Signals CEO Gil Sadeh said that while he cannot comment on hiring processes, his company has known the Treato team for years and values its technical prowess, if not its product development abilities. Sadeh added that Signals had increased its team of developers recently.

1.
Why did such a good site shut down?
Does not make sence. They could of stayed up. Story is horse shit. Maybe it was actually starting to help more people and big pharma didnt like that.